What Urban Planners Can Learn From Skaters and Itinerant Marching Bands 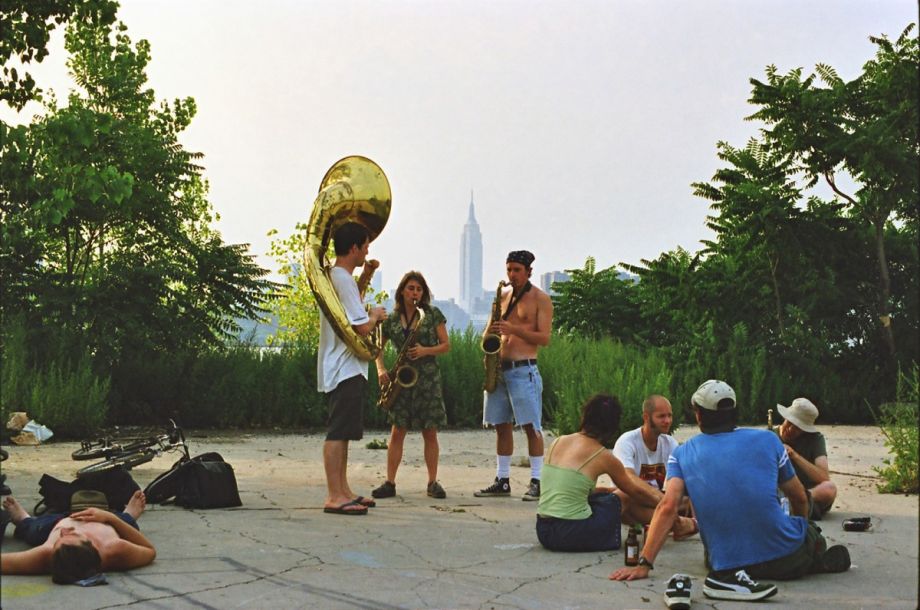 Mr. Robinson showed me the way he likes to plant his crops. “In a straight line, so we can stay organized and grow as much food for the neighborhood as possible.” I had just moved to Brooklyn, and was taking a tour of the community garden down the block that neighbors had founded on an abandoned lot over 40 years ago. Mr. Robinson and the other self-appointed heads of the garden managed the members’ dues and distributed keys, and often opened the garden up to BBQs, parties and art shows for neighbors. I was asked to always leave the door open when I was gardening, so that anyone could come by and enjoy this handmade, unsanctioned respite from the city.

Looking to the margins, to places like self-designed and designated community gardens, teaches us important lessons about power, inequity, and the capacity of our cities to meet the needs of a diverse and constantly evolving citizenry. As a student of urban planning, I’ve been taught that planning sanctions proper uses and the form of our cities. But in reality, many important strategies of creativity and survival take place in spite of formal design, development and regulation.

Daniel Campo’s book, The Accidental Playground, tells the story of an abandoned rail terminal on the North Brooklyn waterfront that between 2000 and 2010 became the home turf of skateboarders, artists, marching bands, homeless people, and neighborhood residents in need of a bigger and freer backyard. 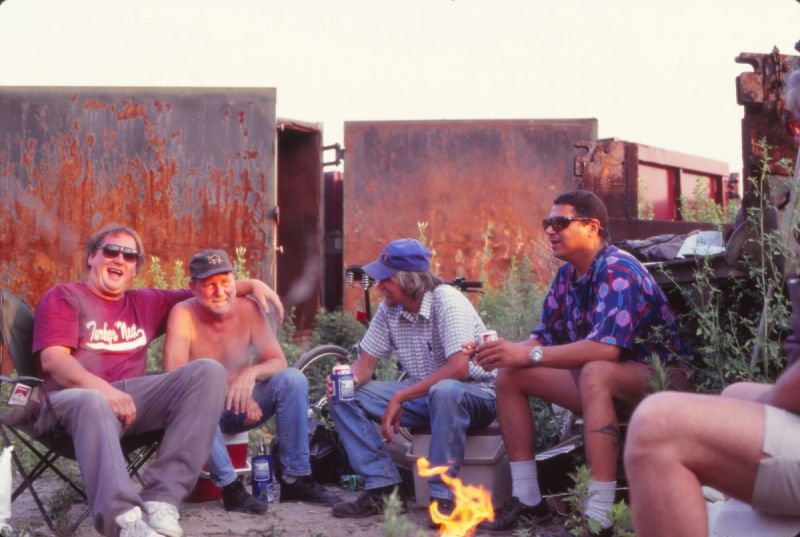 No one invited these people to the space or offered any designerly nudges toward particular uses. They were playing, creating, socializing, and supporting themselves freely and in ways that they could not elsewhere. With an absentee landlord and a landscape of benign neglect, the space’s informal, self-selected tenants had to constantly negotiate with each other so that the space remained open, and not exclusive to any particular group. The qualities of the space so beloved — its diversity of uses, shared ownership and co-created nature — also made the space successful by the standards of many public space managers. 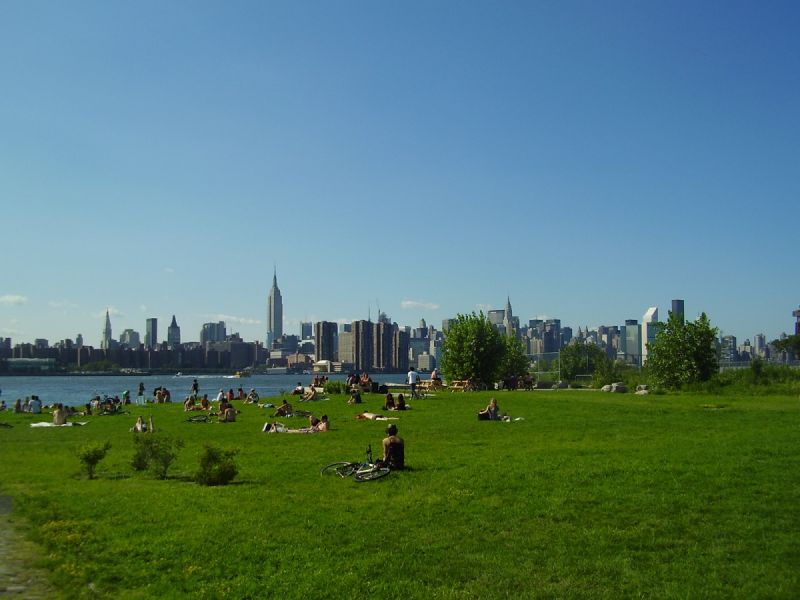 Yet in 2006, the terminal was torn up and redesigned to be a formal public space, the East River State Park. Today, the park is a popular neighborhood hangout, successful in many ways, yet it is a very different sort of place than the one Campo, associate professor in the School of Architecture and Planning at Morgan State University in Baltimore, found in 2000. The formal park designation means that most of the activities Campo documented would no longer be allowed. Moreover, the designed and managed feel of the park has made it feel less free and inviting for self-made activities. In a sense, the space’s original visionaries became the casualties of its development.

It’s no coincidence that the end of Campo’s accidental playground was the beginning of the Brooklyn waterfront’s furious redevelopment into some of the city’s most expensive real estate. Unlike the shantytown skatepark and DIY marching band stage that came before it, the East River State Park is a valuable amenity for the million-dollar condos that continue to spring up around it. Indeed for those who are part of marginalized cultures or communities that reclaim space through unsanctioned uses, cities reliant on property taxes to fund operations are increasingly hostile environments, with every inch designed for the “highest and best use.”

It’s not only on the Brooklyn waterfront that this clash occurs. Nabil Kamel is a professor of urban planning at Arizona State University who studies how marginalized people shape inhospitable environments through what he calls “placemaking tactics.” In a study he conducted in several sprawling Phoenix neighborhoods, he and his students observed residents setting up guerrilla gardens, holding informal yard sales and selling food through illegal stands, all activities that likely wouldn’t fit into the city’s regulatory scheme, but nonetheless allowed its residents to make a living and preserve their culture.

Both skateboarders occupying the waterfront and informal vendors in the neighborhoods of Phoenix are challenging the intended use of a space. These seemingly positive, yet consistently outlawed activities challenge us to rethink dominant planning paradigms. 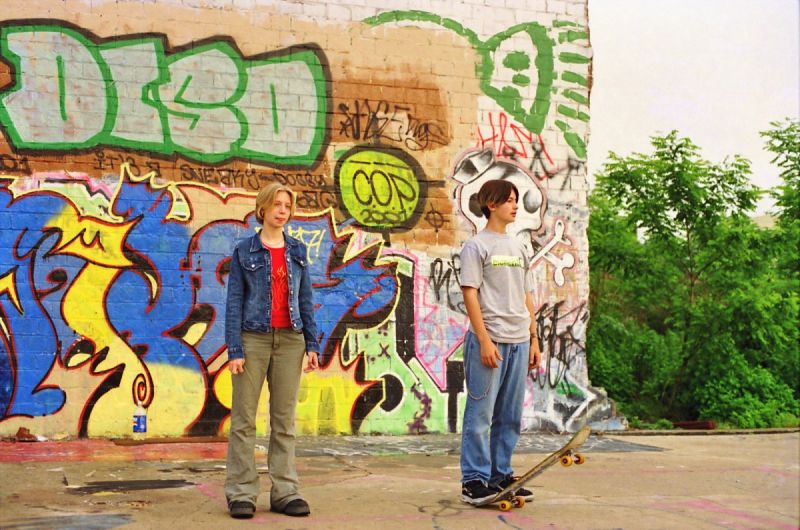 Skaters on the waterfront (Photo by Daniel Campo)

If creative freedom, co-creation and empowerment are qualities we want our public places to provide, why not look to the places that organically embody them?

Subversive spatial practices like the scene Campo found on the Brooklyn waterfront indicate needs going unmet. If a corn vendor in Phoenix must occupy an abandoned lot to make a living, it most likely means that the legal pathway for doing so is prohibitive to him. If a homeless woman in Brooklyn occupies an abandoned waterfront instead of going to the shelter or being able to support herself, perhaps we need to reconsider what other public spaces and opportunities are available to her. And if a skateboarding community creates its own parks, perhaps it indicates that we need a bit more space to play, to be free, to make our own environment. The collective action required to create such a space is an end unto itself.

For those of us in the urban planning profession, it is worth exploring why we too often undervalue these self-made free spaces and the urge to reclaim a space through empowering, undesignated uses. What if instead, we supported them?

One tactic could be to focus on co-creation. By this I do not mean a few charettes, or a handful of sparsely attended public meetings, but rather a deeper negotiation among all of the relevant actors involved in a site. This may play out in the public realm through calm discussions. It may also play out through protests, which is a natural part of democratic negotiation in a world of unequal power relations.

Several cities have experimented with ways to bring together citizen-made space and formal regulation. Seattle has a program that incorporates neighborhood-created community gardens into the city framework, but in a way that requires ongoing participation and co-creation. Architect Jeffrey Hou writes that this kind of bridge benefits both communities and the local government. It gives neighbors the chance to be involved in shaping the city, and it allows city agencies to manage spaces in less resource-intensive ways through partnerships with citizens. This shows that formal and informal processes can come together beneficially. While not all spaces lend themselves to develop in this way, we could stand to think about how more of them can.

Another strategy is even simpler: listening and observing. If an unsanctioned activity like say, a guerrilla garden or DIY skate park is not endangering others, why not consider its benefits and how to preserve it?

This suggests that as people, we can and should challenge what formal, sanctioned spaces tell us are our boundaries. And as Kamel and Campo suggest, designers and developers could stand to think more about socio-spatial practice (i.e., what people are doing on the ground) and less about form and product. Doing so demands a rethinking of our values as urban planners as well as openness to moments of discomfort, disagreement and instability. But not doing so puts us at risk for something much worse: cities in which some are freer than others to flourish and be themselves.

Danya Sherman is an urban & cultural planner who specializes in collaboratively developing strategy, research, and programs that work towards a more creative and just society. She is currently a Research Consultant to ArtPlace America, the Center for Performance and Civic Practice, a contributing writer for Next City, and the Case Study Initiative Project Manager at the MIT Sam Tak Lee Real Estate Entrepreneurship Lab. Previously she founded and directed the Department of Public Programs & Community Engagement at Friends of High Line. She holds a Master's in City Planning from MIT and a Bachelor of Arts from Wesleyan University.