Op-Ed:  At a time when unchecked corporate profiteering masquerades as inflation, a proposed NYC public bank would center the interests of, and fund projects for, Black and Brown communities. 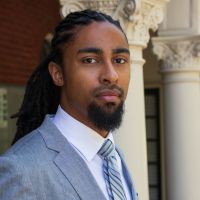 More than a decade after the Great Recession, America is again experiencing a supply-side recovery. Whether via the $700 billion bailout of 2008 or the unchecked exponential growth of 2022, commercial banks and financial corporations eat first – while most Americans, especially the working-class Black and Brown communities most affected by crisis, struggle without support. Then and now, that contrast is particularly sharp in New York City, a global center of finance, the home of countless banks, and an early epicenter of the pandemic.

Members of Public Bank NYC (PBNYC), a coalition of organizations and other stakeholders committed to financial justice in New York City, had another vision, rooted in racial equity and environmental justice. Instead of investing public money in for-profit private banks that actively harm vulnerable communities, they propose a public bank, a financial institution owned by and accountable to New Yorkers, dedicated to serving the public interest and mission-driven lending in the local economy.

Demos’ latest case study is the third in a series of four that focuses on community campaigns working across the U.S. to reclaim power over economic resources. The study highlights PBNYC’s transformative framework for a public bank, the current legislation in both state and local government to create the bank, and how the coalition helped bring the idea of public banking into the national conversation.

As Deyanira Del Rio, Co-Director of the New Economy Project, the organization that first convened the PBNYC coalition explained, “A public bank would be mission-driven to invest in permanently affordable housing, small and worker-owned businesses, and other community-led development that strengthens and roots wealth in the same neighborhoods of color that banks have systematically redlined over generations.”

As the case study shows, a public bank would be owned and controlled by the city and accountable to New Yorkers. It would build community wealth by investing in neighborhoods — investing in priorities and unmet needs of New Yorkers such as permanently affordable housing, renewable energy, worker and financial co-ops, and fair banking services.

Community-led institutions are already deploying funding to meet those needs. They are already building affordable housing, helping residents start small businesses, and investing in sustainable energy solutions. A public bank would allow these projects to scale widely. For example, a public bank could allocate more capital for community land trusts, an affordable housing model in which a nonprofit organization owns land and leases it for affordable housing, with provisions to restrict the resale prices to keep homes affordable well into the future. A public bank could also earmark more capital for worker-led cooperatives and small businesses, invest in sustainable energy production, or simply allocate more low-interest loans for families. These investments would create jobs and help New York City meet its ambitious goals for fighting climate change.

Multiple types of public banks exist internationally with distinct structures; they typically operate more equitably than private for-profit banks and have more transparency around how they invest money, who gets funding, and why. Most have more accountability to the public through independent governance, public transparency or engagement, and strong oversight. In PBNYC’s vision, the public bank’s Board of Directors would include government officials and, critically, community leaders who represent low-income communities of color.

Such a structure exists in sharp contrast to existing private for-profit banks, with majority-white boards whose only accountability is to their shareholders, and to making a profit, with little to no transparency around what they fund. As Linda Levy, former CEO of the Lower East Side People’s Federal Credit Union, a founding member of PBNYC explains, “Right now, the way that things are set up, New York City has all this money that they put into Wall Street banks. It’s hard enough to find out which banks they’re putting the money in, let alone ever figure out exactly where that money is ending up in terms of investments.” In turn, Levy added, “people in New York City are basically funding things that they have no desire to be funding. This ranges from building monster high-rises to climate offenses to private prisons.”

While legislation such as the Dodd-Frank Wall Street Reform and Consumer Protection Act curbed elements of Wall Street’s predatory practices, it did not reduce the concentrated power of big banks or their connections to City government. Most of New York City’s municipal funds — money generated by the city, including those generated through taxes and payments from state and federal government — are held by just three giant for-profit private banks. Each year, the City of New York moves $100 billion through Wall Street banks — the same banks that persistently redline NYC’s neighborhoods of color, finance private prisons, fund fossil fuel extraction and other destructive industries, and push communities into accepting high-interest loans and charge them exorbitant fees, including $31 billion in overdraft fees in 2020 alone.

PBNYC, while still young, has already made critical progress towards reversing years of these practices and achieving its ultimate goals. Multiple candidates in the 2020 New York City mayoral elections pledged their support for public banking. The New York City Council is considering The People’s Bank Act, a package of bills that would lay the foundation for a public bank, starting with more clarity and transparency around the current system and leading up to developing a business plan and drafting articles of incorporation for the bank. As of April 2021, New York City will no longer deposit funds with Wells Fargo, following reports that in 2020 the bank denied more applications from Black homeowners than it accepted. Wells Fargo, as New Economy Project Associate Director and Council Member Sandy Nurse wrote, denied Black applicants a crucial opportunity to lock in low interest rates and build generational wealth.

On the state level, currently 87 state legislators and more than 100 groups support the New York Public Banking Act which would create legal and regulatory frameworks for local public banks that reflect the coalition’s vision of racial and economic justice, and transformational change. The fight extends beyond New York City and State — the Philadelphia City Council recently passed legislation laying the groundwork for a public bank. Other efforts to institute a public bank at the state and regional level are underway in Massachusetts and the East Bay. California’s state legislature passed a public banking bill in 2019. There is even progress nationally: Representative Rashida Tlaib and nine co-sponsors introduced the Public Banking Act in 2020.

The PBNYC campaign is pushing back against the exploitative and extractive practices of Wall Street and building momentum for institutions that prioritize the collective good. If New York’s elected officials are committed to repairing the harm caused by decades of disinvestment in Black and Brown communities, they should leverage the vast economic resources they have at their disposal to prioritize community-driven economic development, especially for those most underserved and most harmed by the financial sector.

A public bank is the foundation for that process, ensuring that public money is used for the public good.

Lebaron Sims is the Associate Director of Policy and Research at Demos.