About Next City - Solutions for Just and Equitable Cities

Solutions for Just and Equitable Cities

Next City’s journalism centers marginalized voices while amplifying solutions to the problems that oppress people in cities. At a time when cities face rampant inequality and urgent challenges, Next City’s work as a nonprofit is critical: by spreading real stories and workable ideas from one city to the next, we connect people, places and solutions that move our society toward justice and equity.

Next City’s readers are the city-builders who share our vision for the transformation of cities. Our core audience consists of individuals working in city planning, finance, architecture, media, academia, transportation, the arts — or within any sector that must collaborate to make cities run more equitably. These are the thinkers and doers who often wear many hats in their communities. This dynamic group uses Next City as a trusted resource for professional education and exploration. The extended audience consists of the people who are part of the change process in cities: grassroots organizers, activists, advocates, elected officials, local business and nonprofit leaders, and voters.

Next City's service to a movement for racial equity and justice is evident in every facet of our work. Any news outlet, though, is only as impactful as its readers. The 2020 reader survey found that 75% rely on Next City for their jobs. When asked whether their job brings about greater racial equity, almost 90% say yes. Even so, as civic leaders of color look around their professions, they might feel like one voice among the many. Next City adds our bullhorn to theirs every day.

Our mission is to unleash the transformative power of solutions-based journalism to equip communities and their leaders with the knowledge and connections to reimagine cities as liberated places of economic, environmental and racial justice. We accomplish this by uplifting diverse perspectives and marginalized narratives.

Our vision is a world in which people in cities build flourishing societies that liberate all of us from systems and cultures of oppression.

Next City publishes hundreds of stories on solutions to urban issues each year, leading ultimately to a narrative shift about what’s possible. Research has found that when news stories discuss potential answers to problems, readers leave feeling more knowledgeable and empowered to solve them. Readers are statistically more likely to act, to donate to support an organization, and to evolve their opinion. Where solutions journalism is healthy, America has more informed and engaged communities.

We also compile our best reporting into ebooks, host webinars with practitioners who share lessons from their work, and convene live events such as our annual Vanguard Conference for rising urban leaders. More than 500 Vanguard alumni are working today around the globe.

We are a continual source of innovation and inspiration, elevating marginalized voices for diverse perspectives, and giving readers the knowledge and support they need to lead and influence change. We are journalists first and foremost, taking a critical eye to solutions, understanding what is working or not working, why and why not. Next City is an independent, nonpartisan nonprofit that adheres to the Society of Professional Journalists Code of Ethics. We are dedicated to producing journalism that is accurate, transparent, fair and impactful.

Originally named The Next American City, the organization began publishing a quarterly magazine in 2003. What started as a black-and-white printed publication founded by three college students and staffed by volunteers ultimately grew into a popular and influential magazine that reached 1 million people over the course of its 31 issues. Today, Next City is a trusted voice on urban policy, reaching roughly 2 million influential doers and changemakers via Next City's website annually. Another 170,000 follow coverage on social media, and 40,000 subscribe to newsletters. All are in search of ways that cities can be reimagined as truly equitable and just. 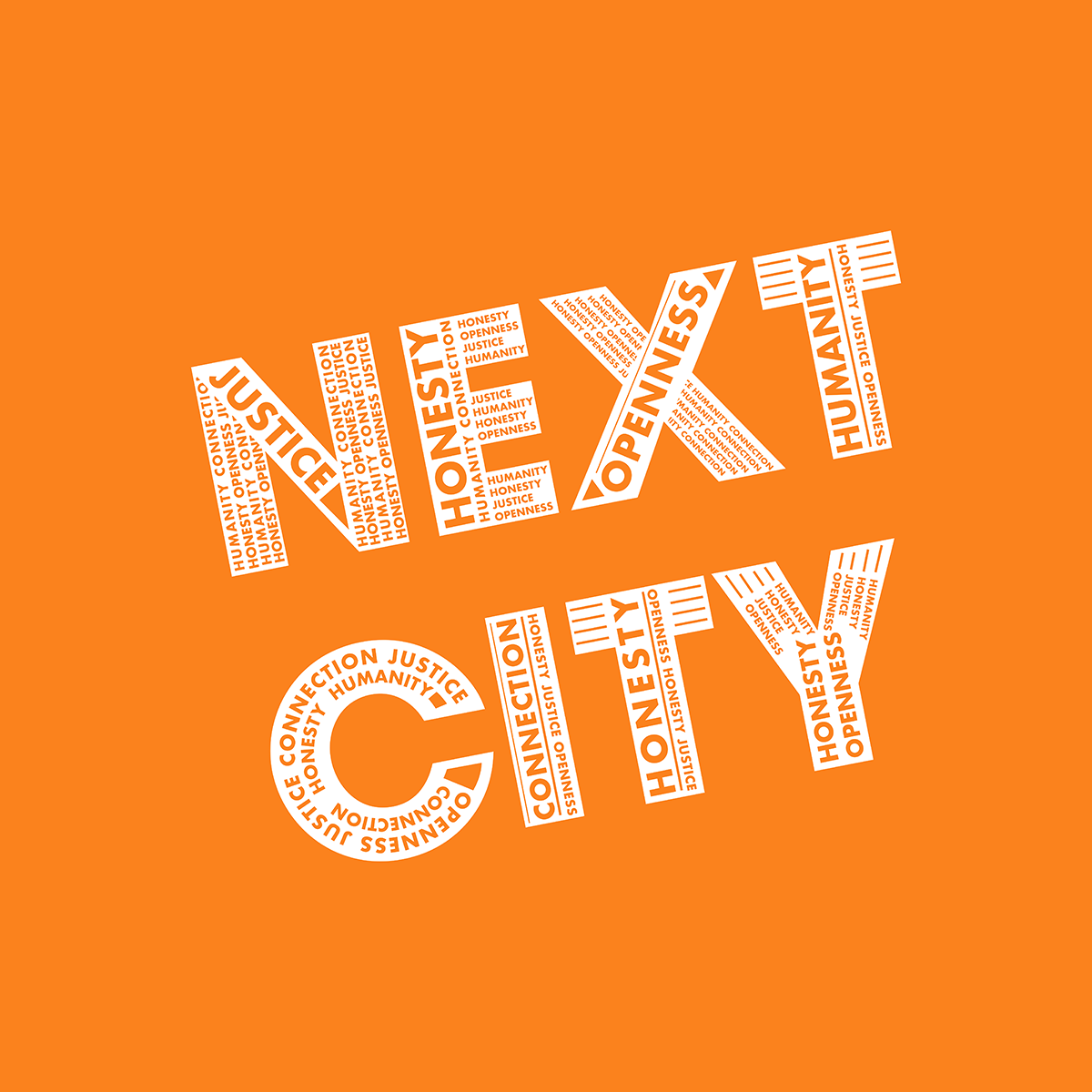 Theory of How We Change Cities

"Let’s get back to normal. You’ve probably heard that more than a few times as we continue navigating life in an evolving pandemic. But the normal in The Before Times wasn’t so great for far too many people and communities. A return to that normality means embracing deep inequity and injustice as tolerable features of city life and city-building practice. That is unacceptable. It’s not a return to normal that we should desire or work toward. Instead — especially as community changemakers — we should chart a course for a future that is equitable, just, and humane. Our team at Next City — board and staff — have spent the last several months thinking about that future and articulating our role in helping to shape it. Today we’re sharing a new strategic plan that boldly affirms our commitment to the diverse changemakers, like you, who are working to liberate our cities from oppression and to the high-quality solutions journalism essential for informing that work."
—Lynn M. Ross, board member

As a news organization with a nonprofit structure, we leverage donations, grants and sponsorships to provide knowledge and connections to city-builders, leaders, and residents in the form of news, events and experiential learning. Find more information on how to advertise with us in our media kit. All underwritten or sponsored content is clearly and obviously labeled. We do not accept sponsorships, underwriting or ads from organizations that we believe could undermine our mission or integrity. We accept gifts, grants and sponsorships from individuals and organizations for the general support of our activities and to support coverage of particular topics, but our organization maintains editorial control of the coverage. Past and present supporters, including sustaining members, major donors and corporate sponsors, can be found in a summary shared online or in our Solutions of the Year magazine.

Next City deeply appreciates its long-standing funders: Surdna Foundation, The Kresge Foundation, and Citi, as well as our many other generous donors across the country. Support Next City’s work by making a 100% tax-deductible donation today.

The newest information about what's happening at Next City can be found on our Press page. If you are interested in inviting Next City to join your next event or in booking a reporter as a guest, please reach out through info@nextcity.org.