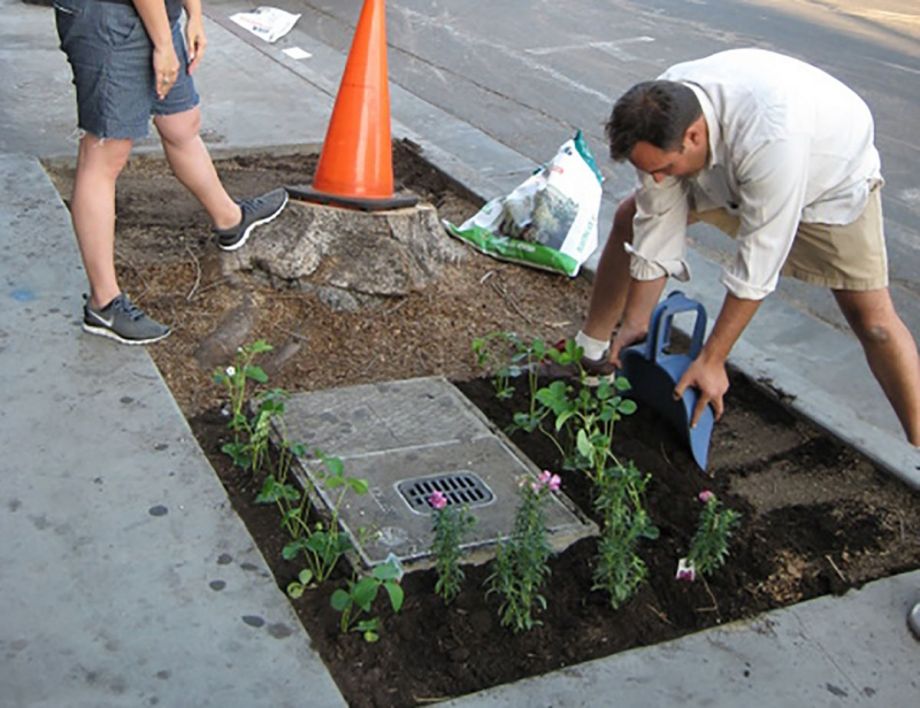 Guerrilla gardening on an L.A. street (Photo by Umberto Brayj)

A new Los Angeles ordinance goes into effect this month (April 19th) that will allow residents to garden on city property without a permit.

Thanks to an act of “guerrilla gardening” by South Central L.A. resident Ron Finley, Los Angelenos will no longer have to pay the $400 permit to garden in the city-owned land between the street and the sidewalk.

This new fresh-food-focused approach comes on the heels of the recent release of ambitious design plans centered around the Los Angeles River that would turn L.A. into a farm city.

“I’m elated,” Finley told Los Angeles Magazine last month. “The benefit for the city is healthier citizens, fresher air, new ecosystems. I see birds outside my house that I’ve never seen before. That means a lot.”