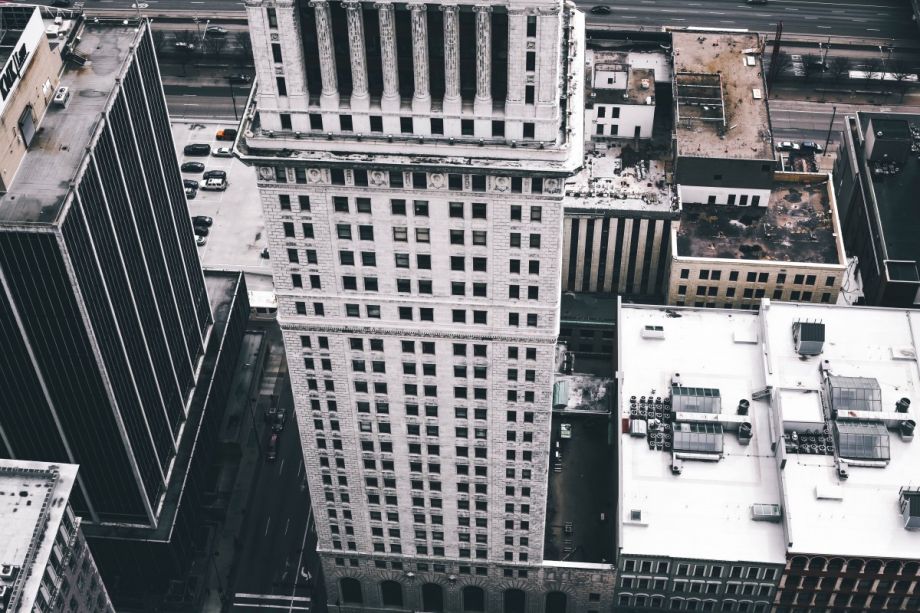 From Omaha, Nebraska, to Austin, Texas, to Washington, D.C., most U.S. mayors’ top concerns during the past year were the usual suspects: economics, housing, infrastructure, healthcare and education, according to an analysis from the National League of Cities.

The National League of Cities 2017 State of the Cities report looked at 120 state of the city speeches across the country, and one thing was abundantly clear: Mayors are taking a bigger lead on poverty, racial disparities and other social issues than ever before, and tackling projects such as after-school programs, paid leave, minimum wage and immigration. With these local efforts to expand social nets vulnerable to federal budget cuts and state preemption of local authority, however, mayors are often hampered from accomplishing everything they wish, and they’re exploring legislative measures that will keep their cities inclusive.

“When someone attacks local control, what they are attacking is our ability to make choices about the direction of our own communities,” Mayor Ken Shetter of Burleson, Texas, said in his speech. “Fundamentally, disrespect for local control is grounded in a lack of trust in citizens’ abilities to hold their own local elected officials accountable.”

The report tracked mayoral concerns across 10 major issues. Priorities shifted slightly from 2016 speeches, including healthcare’s jump from the 10th concern to the eighth — potentially fueled by talks of repealing the Affordable Care Act, which inspired 60 mayors to warn Congress about possible negative impacts. Infrastructure and housing also moved slightly up in mentions, while budgets and education moved slightly down. Economic development remained the top issue, as it has since 2014. 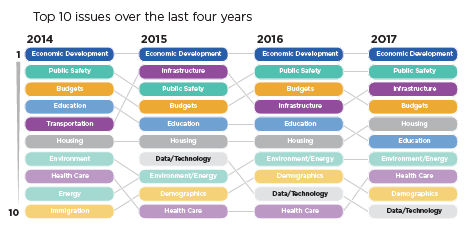 In discussion of economic development, many mayors focused on creating jobs, attracting new businesses, boosting downtown development, increasing employment, and supporting arts and culture. A number of mayors reported an increase in wages — even to levels not seen since the Great Recession. 2016 also saw a smattering of minimum wage increases at the local level, including in St. Louis, Berkeley and Seattle.

Another topic that received frequent nods was law enforcement reform. After yet another year with high-profile police shootings, cities from New Orleans to Cincinnati are putting a bigger focus on police reform, while others are focusing on tackling mistrust of police by getting officers involved in providing social services.

Roads still topped the list for infrastructure-related concerns, but bikes and pedestrians also made a regular appearance, as did the dire need for improving drinking water systems.

Many mayors echoed Mayor E. Denise Simmons of Cambridge, Massachusetts, who said, “The single greatest issue we are facing is the availability of affordable housing.” Eugene Mayor Lucy Vinis said in her speech that her city plans to fill the need by densifying and creating more “missing middle” housing — such as apartments and townhouses. 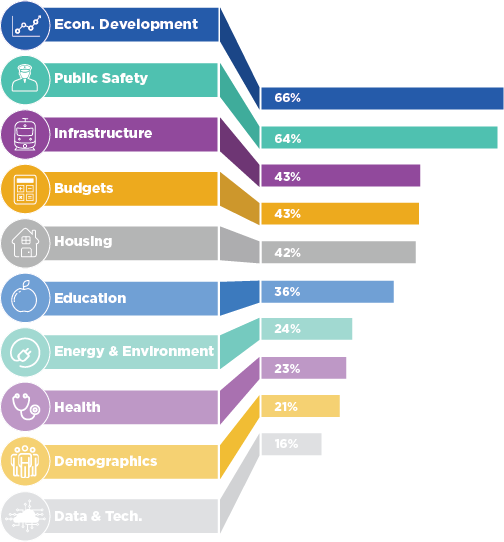 Fewer than a quarter of the mayors mentioned the environment or energy, and only 12 percent discussed climate change in any way. Those who did mention it often were based in cities where climate change adaptation is already a necessity, not a choice. “Sea level rise and extreme weather events are creating challenges that our city simply cannot solve with its existing practices and procedures,” said Mayor John Tecklenburg of Charleston, South Carolina, where officials have been aggressively aiming for resiliency to flooding in recent years.

Despite cities taking the lead on immigration in an unprecedented way over the past year, only 18 percent of mayors discussed the issue in their state of the city speech. Many cities are navigating how to support their immigrant residents in the face of President Donald Trump’s hard-line stance and harsh rhetoric about illegal immigration, through initiatives such as municipal IDs and declarations of “sanctuary city” status.

The report concludes with an urge to look to mayors and cities for future innovation and development.

Beyond the here and now, mayors are cognizant of the tremendous challenges and opportunities ahead as disruption on the political and technological fronts continues to take hold. Local leaders know that the work they do affects people every day. Rather than dithering over basic governance at the federal level, mayors are instead focused on the possibilities surrounding innovations such as self-driving cars and the sharing economy. They are seeking to lift people up, not to pull support from the most vulnerable in society. We all need to invest in our future, fund scientific research, spur innovation, alleviate climate change and support cities. Mayors are doing just this.