Cities Navigate Municipal IDs in the Era of Trump – Next City

Cities Navigate Municipal IDs in the Era of Trump 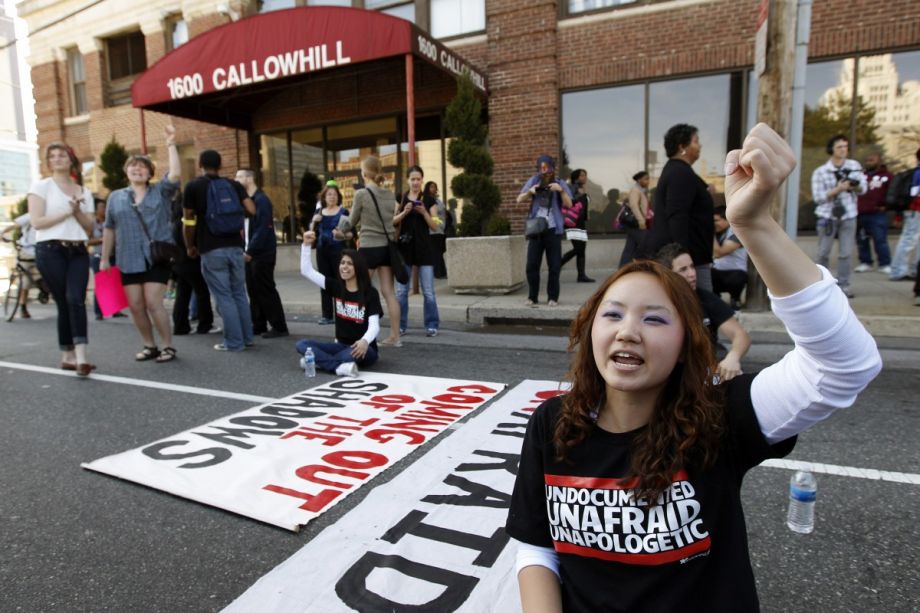 Philadelphia’s immigrant advocacy organizations have been overwhelmed since the election and inauguration of Donald Trump as U.S. president, but that doesn’t mean they’re ending a long campaign for better identification options for undocumented people. They’re just walking a finer line than ever before.

Municipal IDs promise many immigrants and other groups lacking Social Security cards or driver’s licenses a pathway out of the shadows and into city, banking and health services. But collecting personal information without proper protections can put their safety at risk.

This concern has played out most publicly in New York, where a judge in December ordered the city to continue to keep individuals’ records from the popular IDNYC program pending a decision, which is expected any week. Everyone, not just undocumented immigrants, is encouraged to get an ID — free or discounted access to cultural institutions sweetens the deal — but just to be safe, NYC City Council crafted legislation to allow all personal information to be destroyed at the end of 2016, in case an anti-immigration politician won the White House.

Now, with nearly a million people signed up and Trump making good on his anti-immigrant campaign rhetoric, the city can’t shred that data as planned. A bill introduced in the state senate would go even further, requiring the sanctuary city to turn over information to the Department of Homeland Security.

“We don’t want to find ourselves in that situation,” says Miriam Enriquez, executive director of Philadelphia’s Office of Immigrant Affairs. In the City of Brotherly Love, Trump’s inauguration hasn’t put an ongoing push for municipal IDs on hold but, according to Enriquez, it has made officials cautious.

“When we originally talked about this, while data protection was always a concern, that’s something that’s risen to the top of the list, now more than ever,” she says. “We have a much more hostile state government right now against immigrants and refugees than a place like New York.”

Republicans at the state level in Pennsylvania have already introduced legislation that would strip Philadelphia of funding because of its policy of refusing to turn over undocumented residents to federal immigration officials.

“Based on the climate, we want to make sure that any data we collect is protected,” says Enriquez. “This program is by no means halted. We are still just gathering information to see how to move forward.”

Hartford, Connecticut, which plans to roll out its municipal ID program this spring, is trying to protect residents by retaining almost none of their information. In New York, the city kept copies of underlying documents like birth certificates, passports and utility bills, used to prove identity and residence. (The city has ceased this practice while litigation regarding data retention continues.) While these documents aren’t a perfect proxy for immigration status, they can be revealing.

In Hartford by contrast, “if someone was to try and obtain a list of people who had a Hartford municipal ID, you would not be able to tell if that person is an undocumented immigrant or if that person is a local student born at Hartford Hospital, because none of that information is going to be noted anywhere,” says Janice Castle, director of community engagement in the mayor’s office.

Detroit’s recently launched program is also not retaining underlying documents, and everyone’s data will be deleted every two years, when cards expire.

“Since Trump was elected, there’s concern about keeping even the minimum amount of information cities use to run these programs,” says Emily Tucker, senior staff attorney for immigrant rights at the Center for Popular Democracy, which is hosting a conversation on immigrant protections later this month. Tucker says some cities she’s spoken to in the Midwest and South, particularly smaller cities where most people getting the card would presumably be undocumented, are putting off their programs indefinitely.

Maria Quiñones-Sánchez, a Philadelphia councilwoman, wants to push forward. “We were always against data retention,” she says. “We didn’t want to make this a municipal ID for the undocumented.”

One of the surest protections is in numbers. If only undocumented, homeless and returning citizens get municipal IDs, they’re easy to target, even if none of those statuses are noted in their application. That’s why New York has tied its card to cultural institutions, and Oakland’s also functions as a debit card. Philadelphia is exploring both those routes too. If undocumented people don’t feel safe handing over their information, they can’t reap the benefits.

“We talked with our immigrant members about the ID and people are really excited about the possibility because they want to be able to use it at the library, to be able to use it when they go to register their kids at school, something people struggle with a lot,” says Blanca Pacheco, assistant director of the New Sanctuary Movement, an organization on a quest to train 1,000 people in the Philadelphia region to respond quickly to stop immigration raids. “A lot of immigrant members want to volunteer at the schools, to be able to be involved as parents, but they’re not allowed because of lack of documentation, which is a shame.”

She too is concerned about data being used against undocumented people, and thinks the municipal ID would fail to address a critical gap: driving privileges. Just last week, a New Sanctuary Movement member in the process of applying for her U visa — a visa granted to victims of crime; she’d been assaulted at gunpoint — had her car towed for driving without a license. It cost $418 to get it back. Though her car was registered and insured, the run-in with the law, including a citation and day in court, could cost her over $1,000.

Elsewhere in Pennsylvania, it might have cost much more. “In other places of the state … sometimes not having a driver’s license leads to deportation,” says Pacheco. In 2014, the New Sanctuary Movement joined a campaign launched six years earlier by the Movement of Immigrant Leaders in Pennsylvania to allow immigrants to use their ITIN (an identifying number undocumented immigrants use to pay taxes) to get a driver’s license. They were eligible for about a decade until a legislative change shortly after 9/11 revoked that privilege, costing tens of thousands of people their licenses.

“Those thousands of people didn’t stop driving,” says Quiñones-Sánchez. “They put everyone else at risk, because they don’t have a license, they can’t get insurance. … You want to license as many people as possible and insure them. What we’ve done in Pennsylvania is go the reverse.”

Last session, a bill died in the house transportation committee. Now the New Sanctuary Movement is seeking a new champion for the driver’s license legislation.

“With this anti-immigrant sentiment, we are not sure [how it will go],” says Pacheco. “We have heard from a couple of representatives and senators who will support. But we also want to push back and say, if the state is really against this hate behavior with the [Trump] administration, then what are the things that locally states have power to pass in order to protect immigrants and also to make immigrants feel welcome?”

While the driver’s license battle plays out, New Sanctuary Movement is also lobbying Philadelphia to soften its aggressive interpretation of the state’s Live Stop provision. Currently, when a person is caught driving without a license, their car is immediately towed and impounded, though state law only requires that cars be immobilized “in the interest of public safety.” The New Sanctuary Movement wants the city to allow unlicensed drivers to call a licensed driver to come pick up the car instead.

Editor’s Note: This story has been corrected to reflect that New York’s IDNYC litigation is ongoing.