Miami-Dade Mayor Doesn’t Want to Get Into It With Trump Over $52,000 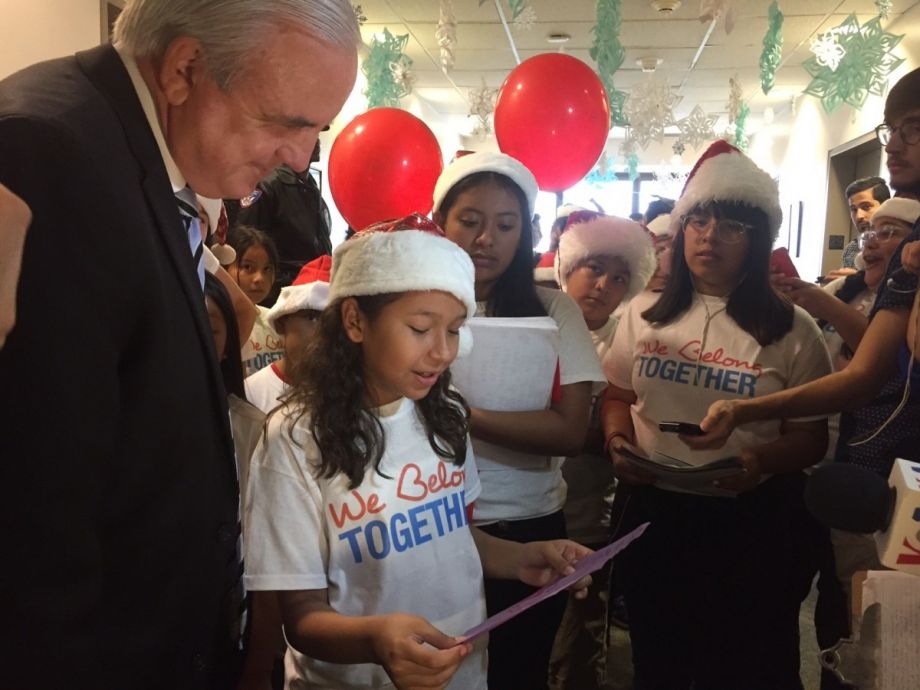 Miami-Dade Mayor Carlos Gimenez listens to a girl read one of the letters a group of immigrant children gave him, asking to protect their families from deportation, during an event at the mayor's office in December. (AP Photo/Gisela Salomon)

On Thursday, Miami became the first major U.S. city to say it would change its practices regarding immigrants who are in the country illegally following President Donald Trump’s executive order cracking down on “sanctuary cities.” The executive order, signed Wednesday, threatened to cut federal grants for any cities or counties that don’t fully cooperate with Immigration and Customs Enforcement

While Miami-Dade has never declared itself a sanctuary city, since 2013 the city has refused to detain inmates wanted by ICE because the federal government doesn’t fully reimburse the county for the expenses. Miami-Dade is listed as a sanctuary city by the Department of Justice, but is working to change that status.

In a brief three-paragraph memo, Gimenez told Daniel Junior, the interim director of the Corrections and Rehabilitation Department, to honor all immigration detainer requests received from the Department of Homeland Security. Last year, the county declined to hold about 100 inmates wanted by the feds, which would have cost the county about $52,000 out of its total annual budget of $7 billion. The county receives about $355 million in federal funds.

Boston Mayor Marty Walsh called the president’s executive orders “a direct attack on Boston’s people” and went so far as to say the city would shelter immigrants in City Hall. “We will not be intimidated by the threat to federal funding. We have each other’s backs and we have the constitution of the United States of America on our side,” said Walsh.

According to the Migration Policy Institute, Miami-Dade has more than 1.3 million immigrants, making it the county with the second-highest number of immigrants in the country. The other top two counties, Los Angeles County and Cook County (Chicago), are home to major sanctuary cities. Both Los Angeles Mayor Eric Garcetti and Emanuel have pledged to remain sanctuary cities.