Why Police Should Kill Me Next – Next City

Why Police Should Kill Me Next 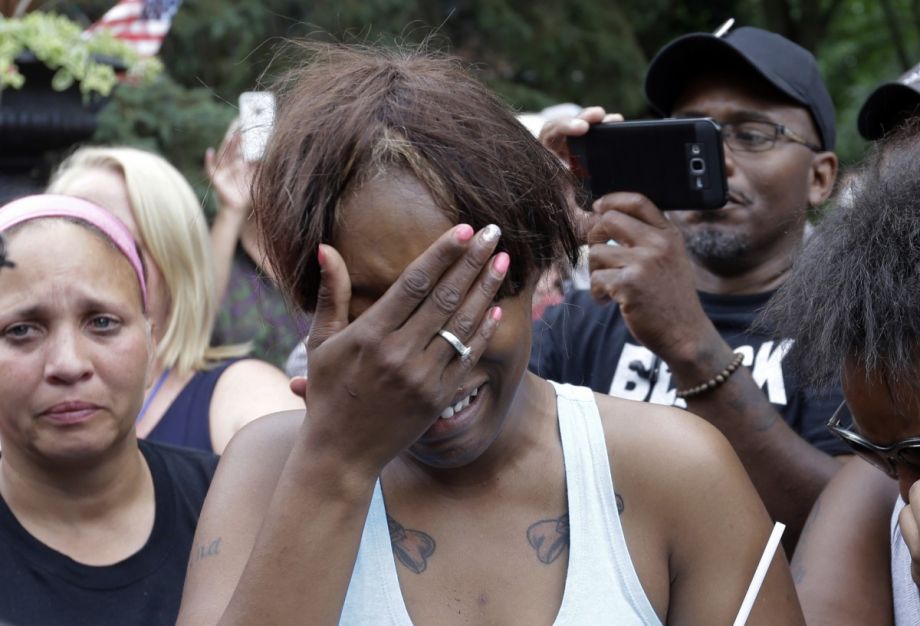 It already almost happened to me. It was the evening of July 1, 2015, and I was walking out of a friend’s apartment in the city of Concord, California. As I rounded the corner on the way to my car, a sheriff’s deputy pointed a gun and a flashlight in my face and immediately cuffed me with my hands behind my back and threw me onto the trunk of the squad car. I asked what I had done as the deputy unloaded my pockets of my possessions and told me that I “fit the description” of someone — apparently another Black man — who had been reported to have jumped a fence into a nearby recycling center. I plainly told the deputy that, as he could see, I did not have any recycling on me.

The deputy demanded access to the contents of my phone, I declined. I know that Riley v. California and the Fourth Amendment afford me this right against unreasonable search and seizure. The deputy did not like my uppity ways so he threatened to book me for the evening if I didn’t give him the code to my phone. I declined further.

I spent the next 12 hours in lockup. I used a soggy ham sandwich as a pillow that night. The deputy even went so far as to email my supervisor at work and tell her that I had been “incarcerated” (a misuse of the term), yet another invasion of privacy and violation of my rights.

That moment when I was looking down the barrel of the deputy’s gun is seared into my memory. I had never been given such a visceral reminder that, like my ancestors, my body is still not fully in my control. The next day at work, one of my white supervisors attempted to comfort me in my distress by telling me that “change takes time,” as if there is a countdown clock on my ability as an American citizen to fully enjoy the rights that white Americans enjoy daily.

I remember this now as communities of color across the United States mourn the loss of yet two more black men at the hands of police. These men, Alton Sterling and Philando Castille, did nothing to incite the police to shoot, just as I did nothing but attempt to walk home on the evening I landed in lockup.

It seems like the only vehicle to get people in power to accept difference is, ironically, sameness. I remember when Zach Wahls, hero of the same-sex marriage movement, said to me one day at an LGBTQ conference, “Well Paul, it’d be a lot easier for me to convince Farmer Jim to support same-sex marriage than it would be for you.” He might as well have said: Paul, we can’t possibly expect Farmer Jim to believe that Black people and LGBTQ people are equal at the same time! The saddest thing about his statement is that it is true.

There is no better place to see the prizing of sameness play out than an urban courtroom. It’s been documented that judges — a majority of whom are white men — are likelier to give lenient sentences to white defendants. I’ve observed judges who seem to appreciate a defendant who doesn’t speak African-American Vernacular English (AAVE), who shows up in a suit and with a short, clean haircut. The reward for conforming to a white, middle-class standard is a lighter sentence than one meted out to a person convicted of the same crime but convicted while wearing cornrows and speaking in AAVE. “Justice” in the city is often a function of how closely a person of color hues to the dominant culture.

Indeed, actors in the criminal legal system, during case conferencing on cases involving high-needs defendants, often reflect on how the defendants’ behaviors impact them as lawyers, judges, officers of the court, etc. It is fascinating. Again, people of higher economic and racial status often project their status by judging those in the system according to how they confirm or disconfirm their own concept of self. It is painful and bewildering to watch it unfold.

The long march towards true freedom in America has always been about one group vaulting over another for its rights. Only when it becomes so untenable for the dominant group to continue to deny us access to the privileges inherent to whiteness, heterosexuality, masculinity and Christianity will we bestowed with some measure of equitable treatment.

So in that spirit of sameness being the vehicle of deliverance for oppressed people, I volunteer to return to the United States and be murdered by the police. Why? Because I am a Black man with a white family. It pains me to think of them in anguish, but if it means one less Black man or woman will be murdered by police because white families begin to share in that pain, then so be it.

My hope is that in my sacrifice, my white family will appear on TV and wail and cry about my murder like Alton Sterling’s family was forced to do. Perhaps if more white families are forced to publicly wail and cry about the extralegal deaths of their Black family members and friends, some action will finally be taken to end this genocide against Black people, a genocide that has not stopped but only shifted shape since this nation’s founding. They, and they alone, ultimately bear the burden of dismantling this caste system that has benefited them so greatly for centuries.

Paul Perry is a freelance writer and consultant. His written work has been published in Harvard Ed. Magazine, Inside Philanthropy, and Medium. Paul has worked previously as a teacher, school designer, and educational consultant. He writes on issues of justice, education, and human rights. Paul is a graduate of Harvard University and a member of Next City's 2015 Vanguard class.