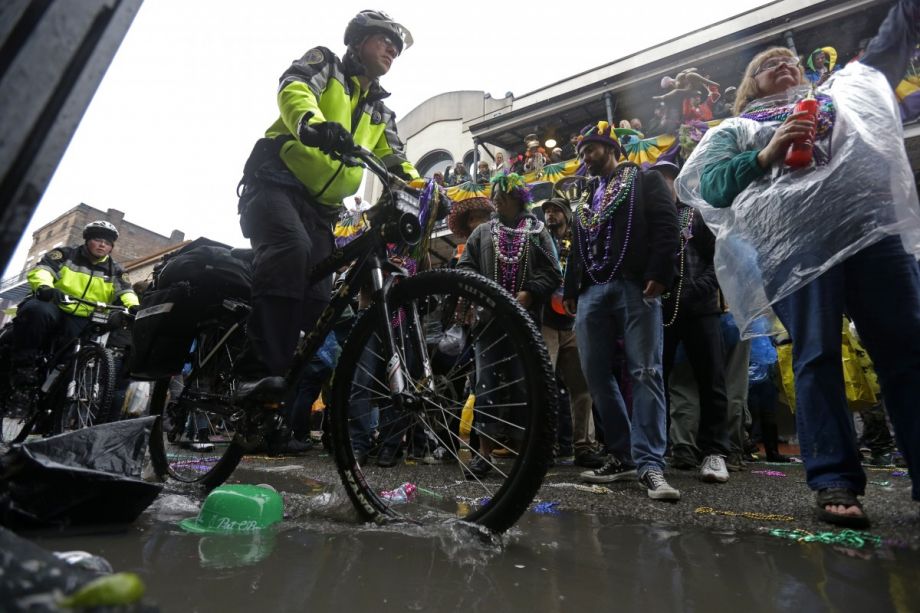 As police around the U.S. look to shift away from militarization and incorporate hiring practices and training that foster community engagement and trust, at least one department is focusing on preventing “bad apples” from ever getting on the force.

The New Orleans Police Department recently began working with doctoral students at Louisiana Tech University to develop a new set of hiring tools designed to identify candidates whose skill sets and personalities are most aligned with the NOPD’s reform agenda.

“They are trying to reengineer their whole orientation towards policing,” says Frank Igou, an associate professor of industrial-organizational psychology at Louisiana Tech, and a project lead. “If we do our job, we will be able to identify people who will help them succeed.”

Igou’s team is drawn from a university consulting group known as Applied Research for Organizational Solutions, or AROS, which previously developed entry-level selection and promotional procedures for the Louisiana State Patrol. The new effort began in February, as the NOPD entered its third year of reform directed by the Department of Justice, which mandated nearly 500 improvements.

Following Hurricane Katrina in 2005, the NOPD was in a critical state. Police officers stood accused of a number of crimes committed in the chaotic aftermath of the hurricane — including the shooting of unarmed civilians. Not surprisingly, the department was bleeding personnel. According to a study from the RAND Corporation released two years after the storm, the NOPD had lost 18 percent of its manpower within 14 months of Katrina, and by 2007 had an annualized attrition rate of roughly 17 percent (compared with a pre-storm loss rate of 5 percent).

A scramble to bolster ranks led to a decline in hiring standards. In 2011 the DOJ’s Civil Rights Division concluded an investigation of the department that found systemic deficiencies, including recruiting efforts that were “unfocused and reactive” and that lacked accountability.

“These deficiencies have hampered the NOPD’s ability to hire quality recruits,” the DOJ stated in its report.

Prior to Katrina, New Orleans employed more than 1,700 cops. At last count the NOPD had about 1,100 sworn officers on its payroll, 500 fewer than it says it needs. Deputy Chief of Staff Jonathan Wisbey, who was hired last year to help oversee departmental reforms, calls recruitment “the top priority.”

He says the NOPD has set a goal of hiring 150 officers a year until it closes its staffing shortage. “It’s one thing to have the right structure and the right training,” he says. “[But] if you don’t have the right people on the job you’re not going to get lasting results.”

Wisbey says one of his biggest challenges is simply getting qualified recruits to stick around long enough to become cops. Until recently, he explains, the average time it took for a candidate to make it through the NOPD hiring process was nine months. His goal is to cut that to 90 days.

“A lot of police hiring processes tend to be cumbersome and lengthy,” he says.

The first item on Igou’s agenda is creating a test that can boost hiring efficiency without sacrificing recruit quality. He describes two evaluations — a cognitive test at the very beginning of the hiring process, and a more nuanced psychological assessment after a recruit has passed a required background check.

“What we’re hoping for is a pretty effective ‘screen-in and screen-out’ [metric],” Igou says. “We’ll be testing for basic skills and situational judgment, and looking at people who have good interpersonal skills, people who are a little more empathetic and less authoritarian.”

The process — which Igou calls “funneling down” — employs psychological principles to prioritize different recruit characteristics depending on the hiring stage.

The use of psychological evaluations in the hiring of public safety officials isn’t new. The 1967 President’s Commission on Law Enforcement and Administration of Justice recommended a prescreening process for law enforcement agents; six years later the National Advisory Commission on Criminal Justice Standards formally called for a selection process that included a psychological review.

A survey of police departments conducted in 2008 found that more than 90 percent included some kind of psychological evaluation in their hiring process — nearly double what it had been 25 years earlier.

In the 1980s courts began to hold municipalities financially liable for harms committed by police officers who had not been psychologically vetted. And judges have generally given broad leeway to departments to deny or revoke provisional hiring offers based on assessment outcomes. In one case from Illinois, an appeals court found that an officer’s “egotistical character traits” were sufficient to prove him unsuitable for hire because he would be disinclined to teamwork.

But there’s little uniformity among jurisdictions regarding how these assessments are made, or how much weight is given to them. According to one 2008 study that concluded that police departments are underutilizing psychological evaluations in hiring, two-thirds of the police departments that employ psychological prescreening have pass-fail thresholds that can automatically disqualify a recruit. Yet only 5 percent of applicants are rejected on the basis of score.

In 2014, the International Association of Chiefs of Police ratified a set of guidelines for pre-employment behavioral evaluations for law enforcement. The IACP lists qualities like integrity, conscientiousness and social competence as important, but skimps on specifics about how they should be weighted.

Researchers have singled out officers who are rigid, moralistic and highly conformist as having a higher likelihood of misconduct. According to one DOJ-funded study, officers rated as having the most problems with citizens were likely to display impulsivity, antisocial attitudes, cynicism and idiosyncratic thinking. Police applicants who receive “marginal” scores in these areas are approximately three times more likely to receive a subsequent sustained complaint than recommended applicants, according to the DOJ.

In a pre-employment evaluation of police officer Timothy Loehmann, who fatally shot 12-year-old Tamir Rice in Cleveland in 2014, a psychologist contracted by Ohio’s Independence Police Department expressed concern over the candidate’s lack of identity and his tendency to be perfectionist and overly judgmental, writing, “He seems fairly rigid and perhaps has some dogmatic attitudes that could be problematic in police work.”

The missed red flags in the Loehmann case led a number of jurisdictions to reconsider their hiring practices.

According to the IACP, 38 states now have statutes or regulations requiring a psychological evaluation for police recruits. More are likely to follow. Last year Colorado announced new rules requiring all peace officers to undergo psychological testing, and a bill in South Carolina would require mental health evaluations for new police officers, as well as retesting for those currently on the force.

“There is a different prioritization on aspects that we may have looked at before that we now see as more important than in the past,” says Wisbey. “We need people who can think critically and work through problems and are good at community relations. That’s always been important but it’s 12 times more important now than it has been before.”

This is good news. But effective policing is more than just a sum of its parts. Police officers tend to reflect the attitudes and prejudices of the community in which they serve, and some studies indicate cops become more rigid over time.

Sociologist Robert W. Balch has suggested that a significant amount of police behavior can be explained solely in terms of the “organizational characteristics of police departments,” including leadership structure, messaging and accountability.

“Attracting better people to the same old job is not necessarily an improvement,” he wrote. “In the case of police work, it may simply mean that college graduates will be ‘busting heads’ instead of high school dropouts.”

There’s no question police departments need to be conscientious in taking steps to weed out bad apples, but holistic criminal justice reform will also have to include taking a hard look at the culture good cops are forced to navigate, and the bad laws we are still asking them to enforce.