Ranked: The 10 U.S. Cities With the Best Parks – Next City

Ranked: The 10 U.S. Cities With the Best Parks 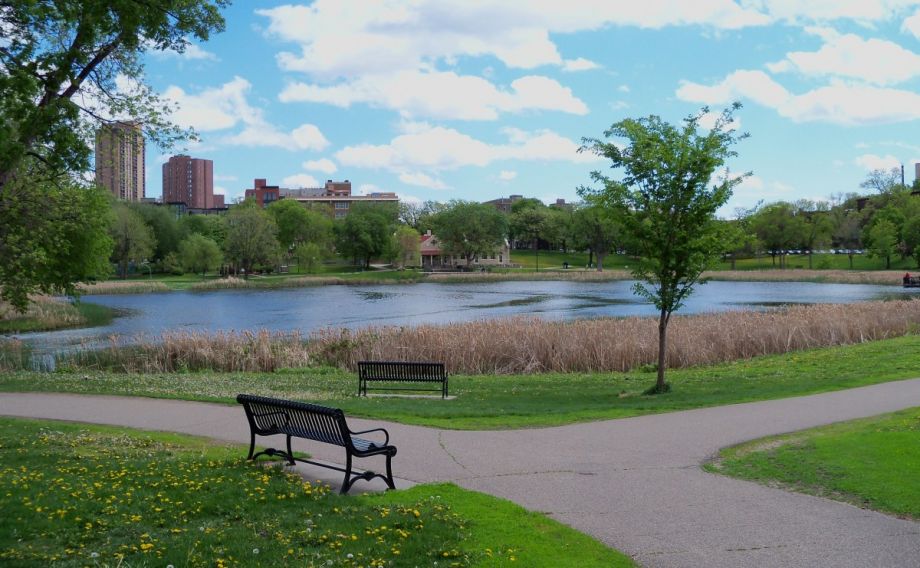 The Minnesota cities of Minneapolis and St. Paul have the best park systems in the United States, according to The Trust for Public Land’s 2016 ranking, which was released today.

The national nonprofit, which advocates for preserving green space for Americans, evaluated the 100 most populous U.S. cities on the metrics of park access (how many residents live within a 10-minute walk of a park), park size and investment, popular amenities, including dog parks, playgrounds and recreation centers, and more.

Residents of Minneapolis, which topped the list this year after tying with St. Paul in 2015, have equal park access across ages and incomes, according to The Trust for Public Land, and got top scores in dog parks, senior and recreation centers, and investment. Fifteen percent of the city area is dedicated to park space.

San Francisco scored highest for park access, with nearly every resident living within a 10-minute walk of a park. (That city’s parks department just suspended a controversial reservation program that allowed users to reserve patches of grass in Dolores Park for up to $200-plus.)

Charlotte has the parks with the largest median park size (about 16 acres). Arlington, Virginia, Irvine, California, and Madison, Wisconsin, made the top 10 for the first time.

Despite the marquee High Line and Central Park, as well as an increase in park spending by $14 per person compared to last year, New York City dropped from tied for first in 2014 to seventh place in this year’s rankings.

Many of the park systems at the bottom of the list are in Southern, car-dominated cities. For Fresno, California, however, a second-to-last ranking is actually a small victory. The city climbed out of last for the first time since the rankings started (in 2012) thanks to several new playgrounds and a dog park.

The Trust for Public Land hopes the annual list shines a spotlight on the need for increased park investment in the U.S., as well as the need for equitable green space access. “Every American deserves to live within a 10-minute walk of a park, and [this] helps us measure which cities are meeting that mark,” President Will Rogers said in a statement.

Last month, list topper Minneapolis approved a 20-year, $800 million spending plan for parks and streets. More money will be dedicated to renovations and maintenance of the city’s 160 neighborhood parks. The funding decision has also served to bring attention to issues around equity and the city’s parks system, regarding investment in low-income neighborhoods. Some community members have also called for the Minneapolis Park and Recreation Board to address what they describe as persistent racial discrimination at the organization before the city hands over additional funds. The dispute over racial equity issues dates back to 2011, but last week the board announced it would host a series of community meetings on the topic in July.

You can see how your city’s park system stacks up here.