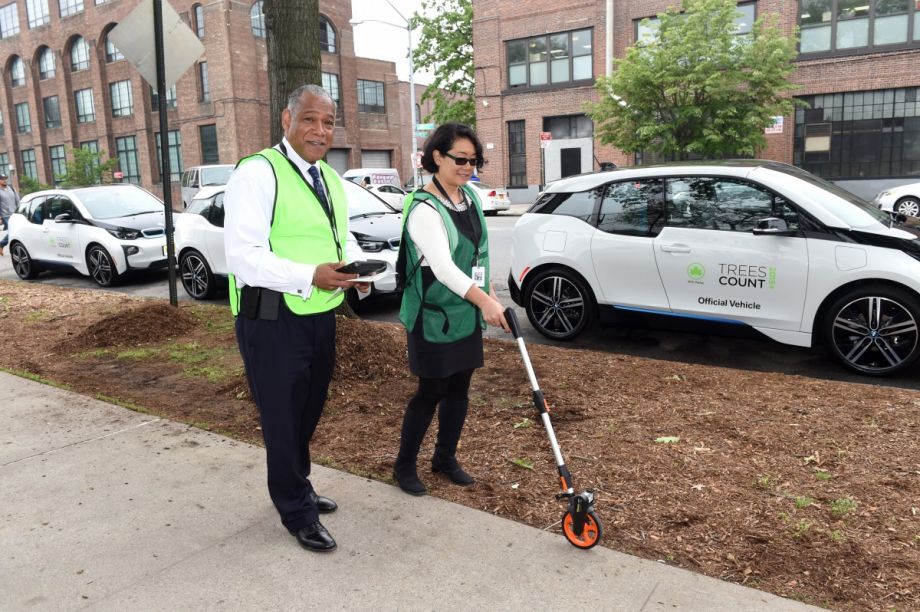 Thirty years into his career and one year into the top parks job in New York City, Mitchell J. Silver says he still loves everything about urban planning. I spoke with Silver recently about the city’s parks system plan, gentrification, data-driven decision-making and more.

What led you to accept the position of New York City’s commissioner for parks and recreation?
It wasn’t a position I applied for. I was contacted by the transition team and had to give it a lot of thought. I have a background in planning and so to move into parks was a change. After meeting with the Mayor, that to me was the selling point. I believe in the Mayor’s vision of equity. I was born and raised in New York, grew up in Brooklyn, and worked here most of my career. To come back and start to plan for a 21st-century park system is something that really intrigued me.

Mayor Bill de Blasio called you a “visionary.” What does that term mean to you?
I differentiate between “visionary” and “visioning.” Visioning is a planning exercise where you engage the community, so certainly it is not visioning. I see visionary as three essential components: hindsight — to know what a community has gone through to truly understand its context; insight — to understand exactly what is happening today, the pulse of that community; and foresight — to understand based on emerging trends and patterns, where is this community heading in the future. Once you understand those three components, then it’s trying to figure out the innovative tools and techniques you have to come up with to prepare that community for the change that is likely to occur.

You have to have the ability to look into the future, but it’s not rubbing a crystal ball. It’s really looking at some of the demographic changes, the trends and patterns, and emerging issues, to make sure you can come up with a plan to deal with those issues.

The other part about being a visionary — from legendary planner Ed Bacon — is the ability to articulate a message and a vision. If you cannot communicate a vision then you have no vision at all.

As someone with a planning background, how do you manage the NYC park system in an equitable way?
We are focusing on a data-driven approach. There’s something about looking at the numbers, patterns and trends that tell you a story. You can certainly talk to the community, and we have a very elaborate community engagement approach, but taking a data-driven, diagnostic approach begins to reveal certain issues and trends you would not have seen just by having conversations.

Take the Community Parks Initiative for example. We decided to look at how our capital was invested in our park system over two decades. We looked at what parks received less than a quarter of a million dollars over two decades, and it turned out we had well over 200 parks, so we focused on those first. We want to make sure those communities now have a valued community asset they can enjoy.

In the past we had a metric that looked at walking distance to a park, but it’s not just about proximity, it’s also about quality.

The other way of doing it is looking at demographic trends. Neighborhoods change, culture changes. The desires for amenities change in our open space and recreation, so we want to make sure that we’re being true to the emerging trends and what people expect from their open spaces in the 21st century.

A recent New York Times article highlighted the lack of statues of women in NYC parks. And there was a public burning of the confederate flag. How can parks accommodate the interests and concerns of residents and visitors in an inclusive manner?
Parks are public, democratic spaces and there are constitutional rights that we all have to respect. Coline Jenkins brought the issue to my attention that Central Park in particular lacked a statue of a woman. I was shocked and told her I would look into it. The Mayor and I are absolutely thrilled we can address this inequity. We gave conceptual approval for both statues of Elizabeth Cady Stanton and Susan B. Anthony, so now they’re in an effort to do fundraising for an endowment so we can maintain these monuments.

As cities are looking at new models of green systems, such as the Beltline in Atlanta or even the new 606 project in Chicago, do you have any thoughts about how to ensure that the addition of green space/parks in disadvantaged neighborhoods does not inadvertently lead to gentrification?
Gentrification has many factors. I would not want to sacrifice the ability of providing those critical amenities of green space, open space and access to recreation to a community, for fear that gentrification may follow. I will look at other strategies and work with other departments to address gentrification, but equity in my opinion means fairness. We need to be fair in how we distribute our resources and give people access to quality open space. We have to be fair in how we create healthy neighborhoods.

What’s more effective: big, comprehensive plans (a la Daniel Burnham) or incrementalism/tactical urbanism?
Both are important but each is addressing a different context. I’d have to defer to the comprehensive plan. Plans were designed to help the orderly growth of a city. It establishes a context in which you have many ways you can implement that plan, and so that it gives you a direction for where the city is headed so you can plan for the orderly growth of your city.

Tactical urbanism, or incrementalism, is just as it suggests — quick, immediate, addressing a problem at a much smaller scale. And so they’re each addressing different problems. One is more long term. Working in a city like Raleigh, we were experiencing rapid growth, we had 20,000 acres yet to be developed and so an incremental tactical approach would not tell us where utilities, roads, schools, housing would go — so there’s certainly a need for a comprehensive plan that sets the framework for how you design and build your city over time.

I really enjoy what’s happening with tactical urbanism. We have a millennial generation that has fallen in love with cities again, they see a need, they want to address it right away, but it tends to be smaller scale, quicker, more immediate and more tactical.

If you had the chance to do it all over again, would you be a planner?
Yes. I’ve found the love of my life and it is the planning profession. When I read the APA code of ethics, it affirms that I chose the right profession. It is a profession that understands place, but also understands people. It involves a cross-section of issues to really understand what makes a city tick. It is such a rewarding and fulfilling profession because you get to touch so many different parts of place and communities where people live and work and enjoy themselves. So if I had to do it all over again. I would not hesitate. I fell in love with the profession, and I am still in love with the profession 30 years later.