Louisville Looks to the Edges for New Parks, Once Again 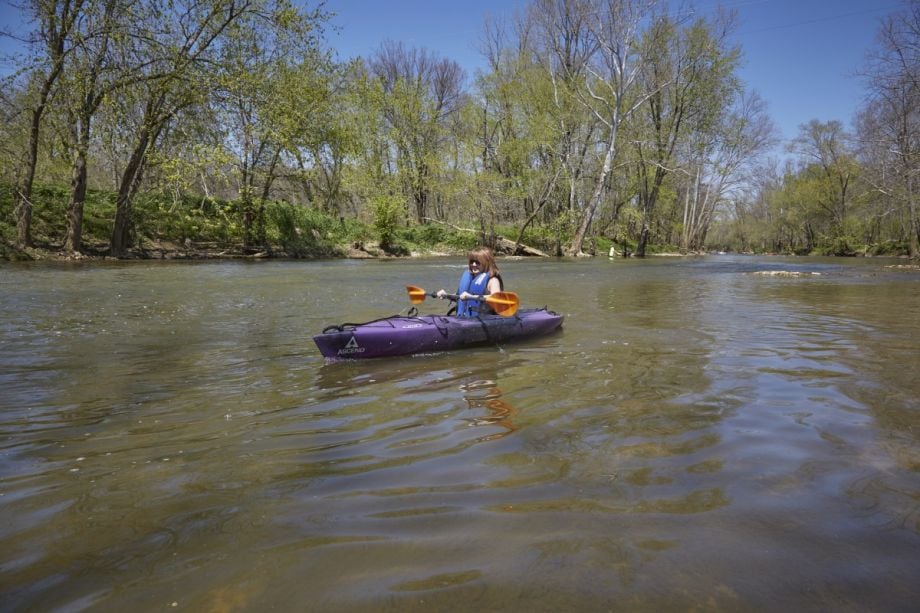 More than 100 years ago, Frederick Law Olmsted designed a system of 18 parks linked by 14.5 miles of greenery-ed boulevards around the then-urban edges of Louisville, Kentucky. Over the decades, the city grew beyond that green perimeter, absorbing the parks in a spread of suburban development. This month, nonprofit 21st Century Parks is celebrating the completion of a new greenway on Louisville’s now expanded limits, the city’s first major public-private partnership to construct new parks. The Parklands of Floyds Fork, a $125 million project funded by donors and grants, spans over 4,000 acres, creating a nearly 20-mile continuous parkway.

“The idea was, go outside the edge of development and put in the green infrastructure first, before those chances are taken off the table,” says Scott Martin, parks director for Parklands of Floyds Fork. He says city leaders, including project founder Dan Jones, former Mayor Jerry Abramson, and Bill Juckett, former chairman of the Louisville Olmsted Parks Conservancy, came up with the project as a way to shape Louisville’s development the way the Olmsted system had done a hundred years prior. Louisville’s is one of only four fully realized Olmsted networks in existence, along with Rochester, Buffalo and Boston.

“We did, as a nation, a lot of these great big park systems in the late 1800s and early 1900s and then it’s almost like we stopped,” says Martin. “You’ll find big preservation projects in places like Boulder and Boise but very rarely do you find cities who are building intentionally urban park systems on their edges.”

The Parklands flank the western border of Louisville’s fast-growing suburban fringe, 20 minutes from downtown, on the banks of Floyds Fork, a tributary of the Salt River. 21st Century Parks engaged in 80 separate land transactions with a variety of owners to piece together the park over the course of eight years. None of the land was acquired by eminent domain or condemnation. Local land trust Future Fund, which has been preserving land in the Floyd Fork corridor since the 1990s, helped secure many of the parcels. Louisville metro government contributed seven. The northernmost parcel was a failed golf course from the 1960s.

Much of the land was farmland, enveloped by development and in varying states of productivity. Some was still occupied, and 21st Century Parks sought to capture the stories of those families who willingly sold their land for the project. Bob Hill, a local historian, poet and former newspaper columnist, has been recording the oral histories of these families to be presented in the park and archived by the local historical society. This being Kentucky, one of those stories even connects the Parklands to Daniel Boone. One of his brothers, Squire Boone, held the original early-1800s deed to a house within the park. Hill was able to trace the history of that house from settlement to today, and it has been fully restored by the Parklands.

The park also hosts sports fields, playgrounds, spraygrounds and more, but Martin says the Parklands are truly defined by their lengthy network of trails. In addition to paved, accessible pathways, the parks are crossed by rougher hiking and mountain biking trails and a water trail on Floyds Fork.

Eventually the Parklands will also be connected to the Louisville Loop, a 100-mile hiking/biking/pedestrian trail around the city. With the 17 miles that run through the Parklands, the Loop is currently about halfway completed. It could take up to a decade to be fully realized, while the city works to acquire the rest of the land. The trail will also pass through two Olmsted parks: Chickasaw and Shawnee.

The vast majority of the Parklands is set aside as wildlife habitat (3,000 of the 4,000 acres). Martin says special attention is being paid to managing that habitat so that it doesn’t all revert to climax forest, but instead that some remains as mid-successional habitat, like prairies and meadows, to support the greatest possible biodiversity. The park’s deed stipulates that the master plan must always be adhered to, so that forests remain forests, meadows remain meadows, and so on.

This promise of continuity is one reason 21st Century Parks decided to create the Parklands outside of government processes. “Parks are trendy,” says Martin. “One election cycle they may be really cool, and you get some folks that are really behind it, next you don’t. The sad thing is when you’re managing trees and forests and meadows, they don’t know how to take off an election cycle. They need constant tending every single day.”

He feels that a nonprofit, like the longstanding Olmsted Conservancy that works in conjunction with local government to manage those parks, needs to be more beholden to its donors, who expect the resources they contribute to be stewarded well. “That does keep our game sharp,” says Martin.

And quick. Land acquisition took just under eight years and park development five. Last year the park attracted 1.5 million visitors. Martin expects 2 million this year. Chris Poynter, communications director for Louisville Mayor Greg Fischer, also marveled at the “unbelievable” speed with which the Parklands were realized, and praised their timelessness. “When the Parklands came along we naturally saw them as an extension of the Olmsted legacy. We think they will influence how this community develops at its outer edges for the next hundred years.”