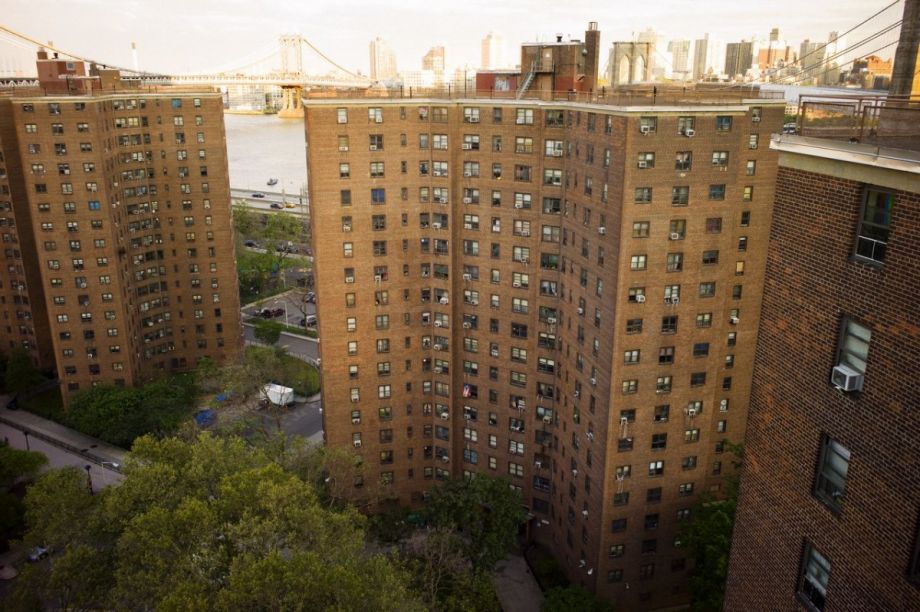 In the eight decades since the first of New York City’s public housing was built, the city has changed dramatically. The New York City Housing Authority, on the other hand, has stayed largely the same.

Yes, elevators have been continually updated. The ’90s brought landscape redesigns that introduced many of the seating areas and playgrounds — and the now-ubiquitous steel fences — to the complexes’ outdoor areas. “But more or less what’s really notable about NYCHA is how little has changed,” says Nicholas Bloom, author of “Public Housing That Worked,” a history of how NYCHA has succeeded where other cities’ public housing authorities have struggled.

This week, for the first time, NYCHA is releasing a set of design guidelines for the rehabilitation of its residential buildings, created by Jae Shin, an Enterprise Rose Architectural Fellow for the agency. Many of the new guidelines are subtle and wonky and will be largely invisible to residents, like adopting new best practices for sealing roofs and repairing facades. Others, like redesigned kitchens that afford more space, will affect residents more directly.

Some are already underway: Throughout the year it has taken to develop the guidelines, the agency has been replacing dim, yellow outdoor lights best suited to parking lots with the brighter, whiter lights used in parks. Until now, improvements have not been consistent across properties.

“This is an effort to say we need to up the investment,” says Deborah Goddard, NYCHA’s executive vice president of capital projects. “We need to get the housing authority on strong financial and operational footing. We need to bring the authority’s operation and designs into the current state of best practices, and we need to make sure we’re providing housing for our residents and communities for our residents that are safe, that are healthy. Clearly the design guidelines address both of those.”

Besides safety and health, connectivity is the third central aim of NextGeneration NYCHA, the agency’s 10-year strategic plan, of which the guidelines are a part. Better lighting, for example, contributes to creating places where people actually want to be and spaces people feel comfortable walking through, whether or not they live in the development.

Right now, dim lighting and a cacophony of fences often separate NYCHA properties from the surrounding fabric of the city. Instead of contributing to connectivity, the landscaping “is intentionally designed to do the opposite,” says Goddard. “My perspective is it does a disservice to the residents we serve, the communities we serve.”

The new guidelines encourage designers to limit use of fences to athletic areas and around compactors, and to utilize benches and plantings as boundaries instead. Concrete is preferred to asphalt in order to cut down on the heat island effect, and designers are told to use native plants.

“Our design guidelines focus on explaining why we set up certain types of principles,” says Shin. “They’re not necessarily requirement-heavy but are really explaining where we are putting our priorities when it comes to rehabbing our buildings.” Sustainability is one of those priorities, as is creating a set of guidelines that can be continually updated as best practices change.

Actually implementing the guidelines at each of NYCHA’s 328 developments will be a long process. They’ll be utilized as buildings go through renovations, and NYCHA’s buildings need many, many renovations. When possible, they’ll start from the exterior of the buildings and move inside. Roofs and building skins will be updated to minimize leakage and improve insulation; then building systems like heating and electrical will receive improvements and lastly, apartment interiors, which are slated to receive upgrades to kitchens and bathrooms.

Bloom says the guidelines demonstrate “the adaptability of these landscapes with the right application of resources.”

“It shows that with investment, the grounds of the building, the interiors can be made quite nice,” he says.

One huge challenge, of course, is funding those investments. NYCHA faces a $17 billion capital funding gap and a chronic operating deficit. The agency’s capital funding largely comes from the federal government, so its future is in limbo as NYCHA feels out the incoming administration. (“I think we are crossing our fingers. We don’t have much information,” Goddard says.)

NextGen NYCHA includes a proposal to lease some “underused” land in public housing complexes to developers to build mixed-income properties. The move has critics, but the added income could help address some of the agency’s capital needs.

Bloom points to a 2013 study that found rehabbing NYCHA’s 179,000 units would cost approximately $17 billion, compared to $66 billion to replace them should the old buildings fall into too deep a state of disrepair. With NYCHA providing 74 percent of all rental housing in NYC at less than $500 a month, and 51 percent of all rental housing below $800 a month, “it’s really important that we preserve what we’ve got really well,” says Shin.

The guidelines, then, are a mixture of the aspirational and the realistic. Goddard says many would love to see the NYCHA buildings completely reskinned up to modern standards, but it’s not going to happen anytime soon. Each of the guide’s four sections (outdoor site, building exteriors, building interiors, and mechanical, electrical and plumbing systems) includes a chapter on “what lies ahead.” By 2050, for example, NYCHA probably needs to move away from steam heating.

The guidelines were developed with input from many of the agency’s divisions and 11,000 employees. As changes to outdoor areas and other improvements that will more directly affect residents are implemented, residents will be brought into the conversation as well.