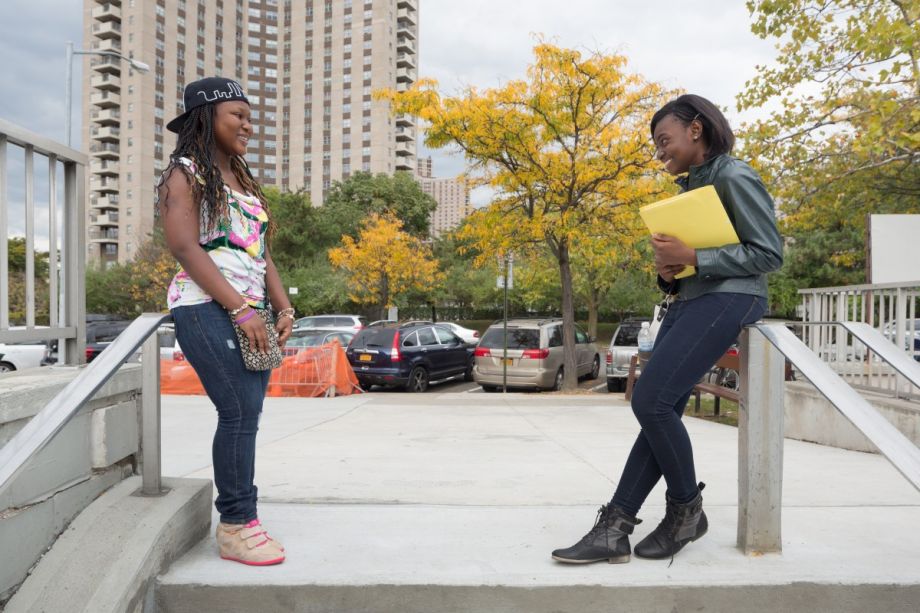 Authors of a new book point to Co-op City, above, as an example of “the very best of New York’s commitment to affordable housing.” (Photo by David Schalliol)

Debate in New York rolls on over Mayor Bill de Blasio’s affordable housing plan. The initiative promises to create 80,000 units and preserve another 120,000, but some community organizations, housing advocates and elected officials question whether the plan would hasten gentrification.

But the larger issue, perhaps, is how much of an impact de Blasio’s new plan can make on the city’s housing stock. Nicholas Dagen Bloom and Matthew Gordon Lasner, editors of the new anthology Affordable Housing in New York: The People, Places, and Policies That Transformed a City, say that the current crisis calls not only for municipal action, but increased state and federal support.

“In terms of income inequality and housing stress, we’re in a new gilded age. We’re back to where we were 100 years ago, when New York reformers went to Washington and said we need support for ‘public housing,’” says Lasner. “We need to go back to Washington and make those same arguments we were making a long time ago for more robust support.”

The new book chronicles each below-market subsidized housing project ever built in the city — an overview of the push and pull between politics and market forces, or as Bloom puts it, “the degree to which era generates a solution, the iterative process between the programs, the sponsors, and what is perceived — and is sometimes reality — of what the below-market subsidized resident would accept or even wants.”

The research of multiple scholars is tidily collected. Readers will find background on the 1926 New York Housing Act, which was the start of government-subsidized housing in NYC. There’s the story of how John D. Rockefeller Jr.‘s aversion to state involvement inspired him to open Dunbar Apartments on his own dime that same year. From the 1950s, there are the reformers who worked toward the creation of Queensview Houses to stave off middle-class flight.

“So many people hear about our book and say, ‘Oh, affordable housing in New York, it must be a joke,’ or ‘Is there?’” says Lasner.

From Affordable Housing in New York: The People, Places, and Policies That Transformed a City, a map of the city’s below-market subsidized housing, by program (Credit: Lasner, Bloom and Princeton University Press)

About a half million New Yorkers live in below-market subsidized housing. (Beyond this, the book shows, half of all renters live in rent-stabilized dwellings, plus 120,000 New Yorker use federal rent vouchers.)

De Blasio’s camp is touting the administration’s plan as a landmark one that will change the face of affordable housing in the city. The mayor considers mandatory inclusionary zoning a key “building block,” a proposed policy that would require developers in corresponding neighborhoods to designate a quarter or more of new units affordable.

For skeptics, it’s a policy that doesn’t assuage anxiety over new development, and raises questions on whether income requirements for the new units would encompass the city’s poorest residents. The de Blasio administration has held firm that the proposals put forth in the plan are necessary measures.

“We are in a true housing crisis, and we can’t just sit by and do nothing as market pressures change the city,” Alicia Glen, the city’s deputy mayor for housing and economic development, said at a public hearing on the policy last week.

In the new book, readers can glean lessons from subsidized housing’s successes and failures in New York. Lasner and Bloom agree that there is a wonderful example to be found in Co-op City, which was built from the late ’60s through the early ’70s.

“When it was built it was trashed by every critic,” Lasner explains in email. “The new homeowners had many problems with it, too: It was so large that governance was a huge challenge, and … inflation in the late ’60s and ’70s meant costs had spiraled out of control during construction. Grievances between the builders (the unions) and the homeowners were so acrimonious that they ended up in the Supreme Court in the mid-1970s. But now it’s this incredible, stable, lively working- and middle-class oasis, [with] bustling shopping centers and a wonderful sense of community. Moreover, the 15,000+ homeowners have maintained it to a very high standard. In these respects, it represents the very best of New York’s commitment to affordable housing.”

Bloom and Lasner also named Harlem River, Nehemiah, Via Verde, Riis and Ravenswood, among others, as relative triumphs. But again, projects like these would be difficult to replicate without deeper subsidies, the anthology’s editors say. Bloom notes that much of this is a matter of having proper funds for maintenance and operations. This mirrors what nonprofit developers have stated, and what at least one city official is openly admitting now. Vicki Been, housing preservation and development commissioner, told Gothamist last week, “Usually, to get to 30 percent [of area median income, which is roughly $26,000] or below, you need a federal voucher.” She added, “We need the federal government and the state government to step up.”

As Jake Blumgart reports in a thorough article on public housing’s decline nationally for Planning, the federal public housing capital and operating fund has diminished by 25 percent in the last 14 years. Meanwhile untended disrepairs in older complexes mount, leading 10,000 lost units each year. Blumgart writes that the necessary congressional support is highly, highly unlikely to appear.

Lasner characterizes de Blasio’s plan as “ad hoc solutions” inherited from the ’70s “when public housing collapsed and [state program] Mitchell-Lama collapsed,” not too dissimilar to Bloomberg’s tactics, in that they increasingly lean on the private sector. When compared with the benchmarks reached in recent decades, however, the mayor’s plan does seem as aggressive as his administration is billing it. Consider these decade estimates that Lasner and Bloom provided. The figures represent new units for “below-market government-subsidized housing units built by NYCHA, nonprofits, or conventional developers for low- or middle-income families in New York City from 1926 to 2009.”

“To a degree, this condition of anti-urbanism [in America] is a very old one,” Lasner says, on persuading Congress. “In the past, New York was able to successfully make this argument.”

“Political leaders need to frame it — look, you’re not going to get that far with anti-poverty programs I think at the federal level,” says Bloom. “You make the case the contribution to American GDP of the large cities and the metro areas … it’s the goose that lays golden eggs for the American economy.”

For a global city to remain competitive, Bloom explains, it requires, at least, the housing stock and well-connected transit systems to support a diverse labor force.

“If it’s completely unworkable to locate your business in an American city,” Bloom says, “then you’re going to look elsewhere.”