Op-Ed: It’s past time for our stories to be centered in economic policymaking and community change. 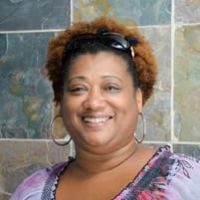 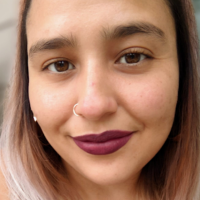 Tammy Thomas Miles of Community Change recently joined LibGen’s Katherine “Kata” Diaz to discuss narrative change, how it’s being shaped by communities of color, and why it’s essential for us to reclaim our economic power. This op-ed is an edited transcript of that conversation.

Kata: All right, let’s dive right in. So with narrative change work, what’s the goal? As you and your team try to reclaim stories by and for people of color, what results do you want to see?

Tammy: We want the people who have lived experience to be uplifted more as the experts that they are. The ones being heard are the folks who are academically inclined or the talking heads, or even the decision-makers. Oftentimes, these people are so far removed and out of touch with what’s going on on the ground.

Just because you develop something in theory doesn’t mean it’s bad or won’t work, but it also doesn’t mean that it’s good or workable for everybody. And I think our narratives need to be workable for those who are most harmed by the way things are. People who are negatively affected by current policy choices not only understand the problems better than the so-called experts, but they also have the solutions.

Kata: Yeah, if they could get out of their fishbowls and past their theories and actually talk to a person in the real world who’s had to figure out how to get by — choosing between food and an electricity bill, for example — they’d find that the “experiments” are already done. Given various circumstances, people can tell you what works and what doesn’t. The real experts don’t have time to read books and theorize because they’re solving problems as they’re thrown at them.

What are some of the stories that Community Change is trying to tell right now?

Tammy: We want policymakers to listen to Black and brown people so they can prioritize the realities that Black and brown people face. In fact, our very real stories contradict some of their policy choices or policy inaction. So we’re trying to (re)tell these stories and show what the people — our people — are truly experiencing.

Senator Joe Manchin is a primary example of this with the way that he’s talked about the people he’s supposed to represent in West Virginia. He’s made false claims about the way people use funds from a public program like the Child Tax Credit (CTC), when we know that people are actually using that money to take care of their families to buy food, pay rent, and look for work. I mean it’s been five months since Manchin let the enhanced CTC expire and almost 50% of families with children now can’t afford the food they need.

Kata: Yeah, and rather than listen to us, they’d rather tell our stories for us.

Tammy: Many are unwilling to do what needs to be done to keep Black and brown folks safe — financially and physically. Really, some people in office are gaslighting us, and that’s something we have to combat. After the Texas shooting, for example, there’s now this narrative that we need better doors, and it’s like, “What are you talking about?” It’s a blatant demonstration of policymakers throwing whatever out there, seeing what sticks that won’t hurt their pockets, and then completely disregarding actual experiences. These are policymakers who prioritize profits — for corporate CEOs and for themselves — over people. We don’t need stronger doors.

We need fewer guns and more government investment in our communities. And those elected officials who stand up for that position are the ones really taking our needs seriously.

Kata: Absolutely. Alright, so if we gotta push past the gaslighting and the false narratives, what stories do we need to stay the course? What needs to be said again and again and again?

Tammy: When you prioritize the people who need the most, we all thrive. That’s one of the stories we need to keep telling. This is true when I think about guaranteed income. We talk about this economic foundation that we need, so that everybody can start at a level playing field, right? But, of course, that also means that those who need more — because they’ve been systematically shut out of opportunities available to other people — should get more. Equality is not equity.

Also, America has become so embedded in toxic individualism, but we have to get back to the stories that demonstrate the power of connected communities. I feel like most of the folks we work with and relate to understand that. They know that they need to thrive and that we — Black and brown people, and all low-income people, collectively — need to thrive. No-strings-attached cash payments speak to that because these programs empower our communities.

Finally, we really can’t say it enough, but: Economic justice is racial and gender justice. That’s a fact, affirmed by guaranteed income. The history of safety net programs is steeped with racism, sexism, and other biases. There are a bazillion “-isms” mixed in this. We have to make sure that we’re intentionally and explicitly naming this past, confronting the negative connotations that come with receiving government support — which is really a public investment — and uplifting the policy pathways that address economic, racial, and gender injustice.

The same way that racial justice is so much more than criminal justice or reparations, the Latinx community also sees racial justice as something far bigger than immigrant rights. It’s in my DNA to fight for the right for us to migrate like the birds do, but we can’t separate the economic story from any of this because that divides us while keeping the system in place.

Kata: Black Women Best (BWB), an economic and narrative framework, ties all of what you’re saying together. If we make way for Black women to thrive, with Black women being the ones who are leading the initiatives and shaping the solutions to the problems that they’ve had to endure, we’ll create a better society for all of us.

I think we live in a land of abundance, but the story that’s being told is that there’s scarcity. And Black women have too often been the scapegoat of that manufactured scarcity. We really are in what we at LibGen call an Oppression Economy, where there’s certain groups of people that get exploited and excluded. If we uplift those voices, it’ll benefit everyone — including all of the kids that are coming.

Tammy: Absolutely. That’s why we’ve been intentional about Black-led organizations having a seat at the table — and being funded — to lead the economic justice work, lifting up their stories in particular.

Kata: I want to close by asking: What messages resonate more easily with people? And which ones garner questions or even push back?

Tammy: There’s ALWAYS the misguided question of: How do we pay for this? Seems to come up all the time. It’s what you said — we seem to operate from a place of scarcity when there’s actually abundance. But this is a political story, and that’s why people don’t believe guaranteed income or canceling student debt is possible, even though it’s what the majority of people say they agree is needed.

When it comes to message resonance, I want to lift education versus persuasion. There are some people we’ll never persuade. But then, there are some folks who just don’t see themselves in it — in the work, in these societal problems, and in our interconnectedness — until they realize they are because we listen to the experiences they’re sharing and show them how they are connected. Popular education is important, as is creating ways for people to connect to our shared stories — and, in the end, that becomes a form of persuasion.

Tammy Thomas Miles is a senior organizer at Community Change.

Katherine “Kata” Diaz is a grassroots coordinator at Liberation in a Generation.