Op-Ed: Ginning up trans panic distracts from a brutal truth — that conservatives sow division to maintain their own power. 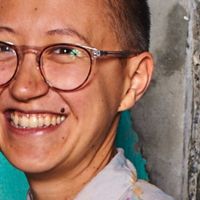 (Image by Tumisu from Pixabay)

EDITOR’S NOTE: “Heed Us” is a column series (previously known as “Hear Us”) that features experts of color and their insights on issues related to the economy and racial justice. Follow us here and at #HeedUs4Justice.

In the immediate aftermath of the Uvalde shooting, people across the nation grappled with shock and grief and looked for someone to blame. A small fringe mobilized quickly with a fictive answer — building the lie that the 18-year-old cisgender gunman was a transgender woman by falsely conflating him with random trans women of color. The story spread quickly on social media and eventually reached a Republican Congressman who claimed that the shooter was a “transsexual leftist illegal alien.”

Tens of thousands of people were exposed to these lies. Although they’ve since been debunked, the damage has been done. And they’re part of a conservative propaganda campaign that puts all of our lives — not just trans lives — at risk. Conservatives hide their transphobia behind the idea of “protecting women and children.” Then they use transphobia to hide their broader ideology of exclusion, scarcity and deprivation. The lies are embedded inside other lies, a Russian nesting doll of disinformation.

Trans people make up a tiny share of the U.S. population — roughly one-half of one percent. We are far more likely to be the victims of violence than the perpetrators. We are disproportionately poor, unemployed, and excluded from the halls of power. Despite all this, some people hold trans people uniquely responsible for endangering our nation’s children, making sports for (cisgender) girls and women unfair, and driving up health care costs for everyone through our “selfish” demand that insurance plans cover our needs, too.

As a trans person of color, I’ve come to expect lousy treatment in the public sphere. But it wasn’t always this way. I’ve been trans all my life; not long ago, there were hardly any people like me in mainstream discourse. Trans people were so marginalized that no one spent much energy thinking about us. Now we seem to be everywhere, but in all the wrong ways. While violence against trans people continues to be ignored by the media, so far this year more than 150 anti-trans bills have been introduced nationwide. Even when they don’t pass, such bills fuel the narrative that trans people are menaces out to get “regular” Americans, and we need to be put in our place.

Conservatives would have us believe that their concern about trans people stems from a desire to create a society where everyone is well-cared for and has a decent shot in life. When it comes to kids, they argue that they want what’s best for them, regardless of what trans youth and their parents may say. But if conservatives truly want what’s best for children, why oppose the extension and expansion of the Child Tax Credit, a lifeline that lifted millions of children out of poverty at the height of the pandemic?

After Uvalde, we saw conservatives demonize trans women of color and position transness as a mental illness to explain why a young person would perpetrate such an unspeakable tragedy. A similar story emerged in early reports about the Highland Park shooting — several outlets emphasized the suspect’s choice to wear women’s clothing as a disguise. The setup was deliberate: to depart from cisgender expression equals deception and criminality.

Absent from these narratives is any serious conversation about why mass shootings are so common, why so few students have access to mental health resources, and why so many young people have such ready access to guns — a situation Republicans have created by opposing common-sense gun control measures that most people support.

Then there’s health care. If conservatives really cared about it, you’d think they’d support gender-affirming care that’s proven to improve trans kids’ well-being and work to expand medical coverage for all children and their families. But they don’t. Why? Simple: the GOP doesn’t care about poor people, and they hate programs that support them.

A similar dynamic plays out in sports. Many people expend a lot of energy figuring out how to police and exclude trans women and girls from sports, arguing that they make competitions uniquely unfair. Few who make this argument sound the alarm about the huge gender disparities in high school sports, or the ways poor children and young people of color are shut out of activities that could add so much to their lives. We could do something about that if we had the political will. But leveling the playing field is less attractive to conservatives than scapegoating a few trans athletes.

When it comes to schools, prohibitions on queer and trans content are part of a larger GOP strategy to undermine support for public education altogether. Ginning up hatred for trans people distracts from the essential questions about what we owe our children, how public schools can best serve them, and why so many are being left behind.

The lie about who was responsible for the Texas shooting quickly came and went. But the fact that it took root at all bespeaks a larger truth: the right stays ready to create, believe and amplify lies about trans people to distract from the real violence the conservative agenda does to all of us. This game of smoke and mirrors lets conservatives off the hook and shuts down the urgent conversations about what our country would look like if all of us were cared for. So the next time trans people are blamed for a societal problem, ask yourself who’s doing the blaming, and what structures they control. That will take you one step closer to identifying the real danger.

Adrien Weibgen is the Grassroots Relationships Manager at Liberation in a Generation and has worked with communities of color from South Dakota to the South Bronx to shape policy, end structural racism and build a world where all of us can thrive. Adrien is also a Next City Vanguard.

Heed Us: Community Organizing Works – Even Against Amazon

Healing Trauma Through Glassblowing in Chicago