Op-Ed: We know best how to overcome oppression, so center our voices in economic debates. 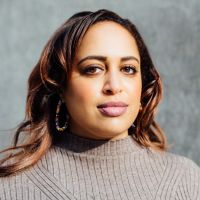 In 1969, James Baldwin joined the Dick Cavett Show for an interview in which, clearly exhausted and exasperated, he is called on to discuss Black optimism—or, really, the battle against white supremacy and the tension between hopelessness and resilience that pervade the Black experience. Always profound, he says: “Perhaps I know more about you and your institutions than you know about me.”

Over half a century later, Black people and other people of color are still told what to feel. We’re still told what we need. Still told that we don’t mean what we say and that we don’t want what we’re asking for. Most notably, we’re still told, through explicit words and implicit actions, that we — Black, Indigenous, Latinx, Asian, and Pacific Islander folks and all of us in between — are a subplot in the American story. In fact, we are the protagonists.

Oppression is the key antagonist in our story. But we know that oppression is not a force of nature. It is human-made — often white-man made — shaped by choices that deliberately exclude, exploit, and, painfully too often, kill us. Although oppression is an outcome of decisions and biases and hatred, it becomes ever more entrenched when the oppressed are ignored. And that’s where we are. That’s where we have been.

The 2020 uprisings were driven by the discontent of being adamantly unheard amid intolerable conditions. They were fueled by incessant police brutality and unrelenting racial inequities that, enshrined long ago in the foundations of this ostensible democracy, were made much worse by the Covid-19 pandemic and recession. (An issue of The Forge releasing on May 20 will explore this in depth.)

It’s almost a year later, and still so much, too much remains unheard. As we endured the Derek Chauvin trial for the very public, nine-minute-long police murder of George Floyd — alongside an alarming rise in violence against the Asian and Asian American community and other neverending traumas people of color face — we received a guilty verdict, offering an ounce of accountability but never justice. At the same time, we have yet again been confronted with multiple victims of police killings. Here, we say their names: Ma’Khia Bryant, Andrew Brown, Adam Toledo, and Daunte Wright. (As a Black woman, I ask for you, reader, to not share any past or future videos that capture police brutality. The tragedy is too much to witness.)

Almost immediately, the call to abolish the police is again challenged on all sides — no surprise given that as the defund movement has gained powerful momentum in recent years, so have attempts to stifle the debate. I won’t elevate those arguments here. But as Mariame Kaba wrote for the New York Times, when we say, “Defund the police,” we mean it. Baldwin meant it too. In that same interview with Cavett, he said: “[N]o matter how many people say, ‘You’re being paranoid when you talk about police brutality,’ I know what I’m talking about.”

People of color have always delivered so much to so many throughout our society’s history, including last year’s presidential election. We are owed a lot. And it’s well overdue. In defining the idea of reparations, leading scholars Sandy Darity and Kirsten A. Mullen first emphasize acknowledgment, or “the admission of wrong and the declaration of responsibility for restitution by the culpable party.” So though voices of color seemed to matter more to white ears in 2020, white people have a lot more yielding to do and plenty more responsibility to take. And part of the restitution that’s due is giving people of color a say over our lives — and the space and power to remake our futures.

Yes, we want you to acknowledge the historical and existing harms we endure. But more than that, we need you to concede that we know best how to overcome oppression in America, and we want to do that in ways that build liberation for all. So, listen to us. Hear us.

Kendra Bozarth is the director of communications at Liberation in a Generation and the founder of KBComms.

Investors Want to Align Their Dollars with Racial Justice Demands