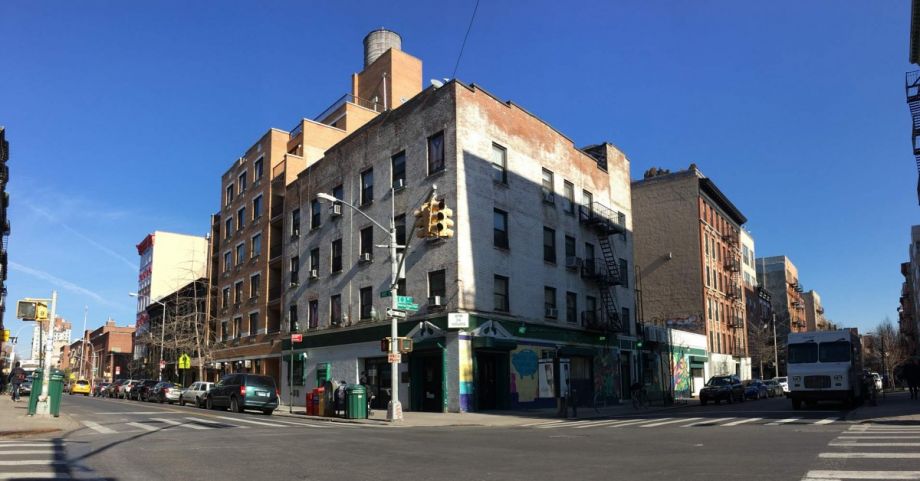 Applications officially opened on April 3 for the new Paycheck Protection Program loans guaranteed by the Small Business Administration. The program is intended to help small businesses keep or rehire employees to get through at least part of the economic disruption from COVID-19. All or most of each loan can be forgiven, based on whether borrowers maintain employee levels they had before the economic disruption from the virus took hold.

By April 10, the Lower East Side People’s Federal Credit Union had received 20 or so loan applications for the Paycheck Protection Program. While that number may seem small, it’s roughly the same number of SBA-guaranteed loans the credit union has made over the past five years. It’s also roughly equal to the number of active SBA-guaranteed loans the credit union currently has on its books.

With frustrations mounting over larger banks’ willingness to take some Paycheck Protection Program loan applications but not others, and long waits to respond to tens of thousands of applicants, many are seeking out smaller, local lenders. Some, like street vendors or bodega owners or taxicab sole proprietors, only ever had access to smaller lenders. But smaller lenders, of course, face constraints on how quickly they can lend — and how much.

“It’s a crazy amount of volume in a very short period of time – all the while flying a plane while it’s being built,” Christie Obenauer, CEO of Union State Bank of Hazen, in Hazen, North Dakota, says via email. “It’s madness, really.”

The deeper constraints mean that even if a smaller bank has the desire to make Paycheck Protection Program loans, some businesses seeking aid may be turned away.

(If you are a small business with questions about the Paycheck Protection Loan, Next City’s FAQ is available here. And if you’re looking for a bank, read this.)

Staffing and technology are obvious factors that explain why some lenders can ramp up faster than others. The Lower East Side People’s Federal Credit Union has just a two-person team who started processing Paycheck Protection Program applications this week. Obenauer’s bank has just one commercial loan officer. The SBA’s loan processing platform, known as “E-Tran,” is notoriously glitchy even under normal conditions, and it’s now handling volumes it’s never seen before. The SBA’s main 7(a) loan guarantee program typically sees $20-25 billion in loans approved a year — and now private lenders across the country have been tasked with lending out at least fourteen times that amount in just a manner of weeks.

Staffing and technology might make things slower for smaller lenders, but those factors won’t be the reason they turn anyone away who needs help getting through the pandemic. That would happen because of the deeper constraints that have to do with lenders’ balance sheets — how much cash they have on hand, including deposits; where they can borrow more cash if they need to; and how much more in small business loans their balance sheets can hold before they or their regulators start to get nervous.

Every lender’s balance sheet includes some combination of home mortgages, credit cards, car loans, small business loans, commercial real estate loans, and other kinds of loans. The lender’s board of directors typically has the first say on how much of a bank’s balance sheet can be taken up by any one kind of loan, based on how risky the board views each loan category. Too much in one category is known as a “concentration risk.” Regulators also have some oversight over concentration risk.

Paycheck Protection Program loans aren’t considered too risky, given the SBA is saying it will guarantee them 100 percent against losses, and they’re expected to be mostly if not completely forgiven eight weeks after the borrower receives the loan. Bank regulators have also stated flat out, they consider these loans to be zero-risk.

But, still, every lender has an upper limit for how much in these loans it can hold on its balance sheet. Less than two weeks into this program, there is more demand left, and some are already starting to approach those upper limits.

Serving small cities and towns and rural parts of Arkansas and the Mississippi Delta, Southern Bancorp was already approving and wiring Paycheck Protection Program loans to borrowers back on April 3.

By close of business on April 9, Southern Bancorp had processed 203 Paycheck Protection Program loans, totaling $42 million, covering payroll for at least 5,000 employees. Do the math, and the average annual full-time salary for each of those employees is $40,320. The largest loan Southern Bancorp had processed was for $4.25 million. The smallest was for just $1,200.

“Some of the bigger employers we have, only have 10 jobs, and that’s a major employer in a town of 2,000 people,” says CEO Darrin Williams.

A family-owned $1.1 billion bank based in the Twin Cities, Sunrise Banks had $79 million in commercial loans on its balance sheet before COVID-19 hit. CEO David Reiling estimates it could add up to $200 million in Paycheck Protection Loans on its balance sheet. As of April 14, Sunrise had already processed 502 applications for $144 million, nearly 75 percent of Sunrise’s limit.

Serving the West Coast, Oakland-based Beneficial State Bank had $133 million in commercial loans on its balance sheet before the pandemic. CEO Randell Leach says via email his bank could hold more than $100 million in Paycheck Protection Program loans on its balance sheet, potentially more if it can get some balance sheet help from the Federal Reserve. By April 13, Beneficial State had already processed 114 applications by April 13, representing around $48 million in loans, and it had another 250 applications in the pipeline representing $85 million in loan requests.

But again, every lender’s situation is different. Back on the Lower East Side, CEO Maureen Genna might have a tiny credit union compared even to a small bank, but she isn’t too worried about hitting her credit union’s upper limit, because of the size of the businesses they serve — mostly tiny restaurants, bodegas, beauty salons and other neighborhood businesses.

“We’re not talking $300,000 loans, we’re talking $10,000 and under,” Genna says. “So we’re not expecting millions and millions of dollars in these loans, more like $200,000 for this first wave. If we somehow get up to $1 million that might start becoming a concentration risk.”

Hearing many lenders need liquidity to meet demand for the new loans, the Federal Reserve last week announced a program to help. Banks and credit unions can borrow a dollar in near-zero interest loans from the nation’s central banking system for every dollar they have in Paycheck Protection Program loans on their balance sheet. Still unknown is how fast this program work. Federal Home Loan Banks can wire cash to banks within hours of receiving requests.

The details of the program say the Fed is working to give other kinds of lenders access to the program as well.

For lenders who need to get some loans off their balance sheet and get some cash in return, one option historically has been selling loans to investors. On the “secondary market,” investors “buy” loans by basically giving the original lender whatever is left of the borrowed amount still unpaid, and then the original lender starts funneling loan repayments to investors as they come in from the borrower, until the loan is paid off. The lender gets the loan off its balance sheet, and it gets cash to make new loans. The investors get the cash flow.

The problem is, there’s no cash flow from the Paycheck Protection Program loans. The loans come with automatic six-month deferment for borrowers, and they are expected to be forgiven in eight weeks. Those are great conditions for borrowers but not for investors. So the secondary market isn’t interested in buying these loans.

Technically, the SBA has told lenders it will buy the loans, but not until seven weeks after each loan has been made, according to the current program rules. For many lenders, that’s not soon enough to meet the demand they are seeing.

If you happen to be a bank or credit union in North Dakota, you’re in luck. The state-owned Bank of North Dakota announced last week that it will buy Paycheck Protection Program loans from lenders in that state.

In addition to being the only state-owned bank in the country, the Bank of North Dakota has a unique model. Only 2.7 percent of the bank’s deposits come from people or businesses, and rest comes from the state government and a few local government bodies in North Dakota. Other than student loans, the Bank of North Dakota doesn’t make many of its own loans directly to businesses. Instead, its main line of business happens to be purchasing loans or parts of loans originated by local banks and credit unions across the state, supporting local lenders from behind the scenes.

“We announced Wednesday we’ll buy [Paycheck Protection Program loans], and we had interest from a number of banks [by Friday],” says Bank of North Dakota CEO Eric Hardmeyer. “The typical secondary market isn’t there for this because of the quick turnaround. We’re just set up in a way to quickly get after this.”

In the first week it was processing Paycheck Protection Program applications, Union State Bank of Hazen made $5 million in loans, increasing the commercial loan portion of its balance sheet by 22 percent.

For now, Obenauer says she’s planning to keep the new loans on her bank’s balance sheet, but she didn’t rule out selling the loans later depending on how much more demand there is.

For nonprofit loan funds, many of which serve the most vulnerable small businesses, since they don’t have deposits, they have the least capacity of all to suddenly make a significant number of new loans and hold them on their balance sheets.

Since the SBA created the Community Advantage Initiative in 2011, 110 nonprofit loan funds have collectively made more than 6,000 SBA-guaranteed loans. But these nonprofits are mostly sitting out the Paycheck Protection Program frenzy.

One of those nonprofits, the Carolina Small Business Development Fund, has made 180 SBA-guaranteed loans since 2013. While it is working in partnership with public agencies and philanthropic partners to manage some other emergency small business loan programs, it would need to fundraise in order to have cash available to do forgivable loans under the Paycheck Protection Program. Half of the nonprofit lender’s borrowers overall are black-owned businesses.

“We are currently referring several small business owners to our lending partners that we know are participating,” a spokesperson for the nonprofit says via email.