Need a Paycheck Protection Program Loan, or Just a Bank That Cares? Here’s How to Find One – Next City

Need a Paycheck Protection Program Loan, or Just a Bank That Cares? Here’s How to Find One 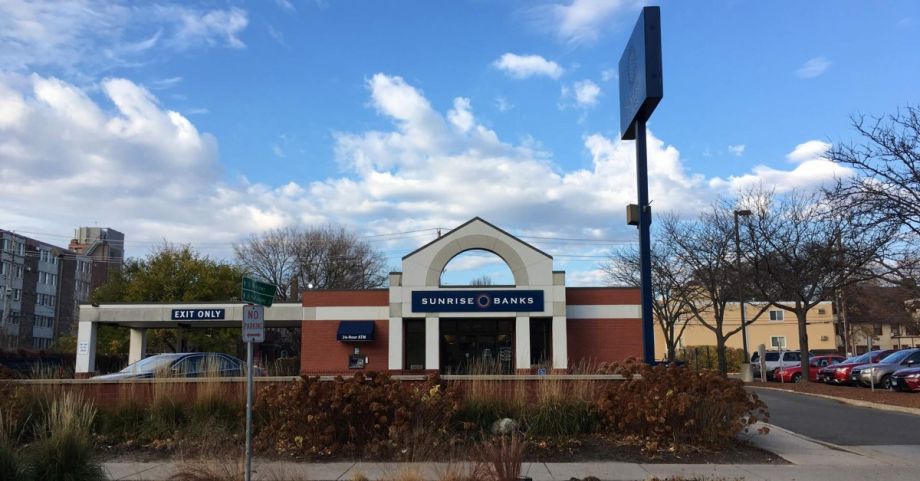 Sometimes, when Megan Hryndza is doing her roadshow to pitch Mighty, the online platform she co-founded, she finds herself surprising bank CEOs and CMOs themselves with data about the true reach of their banks.

Hryndza often starts her pitch by saying, “Hi, I’m Meg, and this is what I know about your bank based on publicly available data.” One bank might be one of the top banks reaching Native-owned businesses, or another among the top for reaching black-owned or Hispanic-owned businesses, or businesses located in vulnerable neighborhoods. Her audience of one or two or three might have already believed their bank was doing some good along those lines, but it might be the first time they are actually seeing the data to back it up.

“That usually captures their attention right away,” Hryndza says. “It’s really eye-opening to see how much we’re teaching a CEO or a board chair about their own bank with data they had already reported to banking regulators.”

Relying mostly on publicly available data, Mighty’s platform profiles all 5,200 banks in the country, highlighting each bank’s connections — or the lack thereof — to specific causes, communities and underserved small businesses. Many of those businesses are currently scrambling to find a bank willing to take their application for one of the new Paycheck Protection Program loans.

Mighty just started keeping a list of its bank partners who are accepting applications for the new Paycheck Protection Program forgivable loans. It’s not a very long list right now, but they expect it to grow. With small businesses all across the country grasping at straws to get any support they can get to stay afloat through the economic disruption from the COVID-19 pandemic, many are wondering how to find a bank that is more likely to accept and follow through with applications under the new program than the bank where they might have been banking for years or decades. At her new temporary home-based headquarters for Mighty in Chicago, Hryndza started getting calls and emails from people asking for help to find such a bank.

The Small Business Administration’s new Paycheck Protection Program, created under the CARES Act, technically made all 5,200 federally-insured banks and 5,200 federally-insured credit unions eligible to make government-guaranteed loans under the program, loans that can be fully forgiven if recipients maintain their employment levels for eight weeks after receiving their loan. But the actual rollout of the program has been wildly uneven.

Some lenders were wiring loans as of Friday, April 3, the first day they were authorized to do so. But not all lenders were set up to start processing the applications on day one. Some that were set up to do so initially decided to limit applications to current borrowers or current depositors — limits that are not present in the law or in program guidance from SBA.

All who are taking those applications, whether large or small, are overwhelmed. These loan applications are much different than normal small business loan applications, requiring less of the traditional paperwork while also requiring some documentation that isn’t typically required — giving many lenders pause that incorrect or incomplete documentation could result in the government refusing to honor forgiveness terms or step up later as promised to cover loans that go bad.

Smaller banks or credit unions might be more likely to pay attention to each individual applicant, but they face some of toughest barriers in terms of staff capacity and also liquidity — having enough cash on hand to make more loans.

The Paycheck Protection Program loans are first-come, first serve, with up to $349 billion available, and as of Monday, $217 billion had already been lent out. Public officials in Washington have expressed strong interest in upping that amount in the coming weeks and months. Whatever happens on that front doesn’t take away from the urgent need to get these dollars as soon as possible to the businesses and workers who need them most.

But how do you sift through 10,400 banks and credit unions for ones that are more likely than others to take and process your application?

You could find a member of the Global Alliance for Banking On Values, a coalition of banks and investors who believe in the public service role of banks and look for ways to promote and incentivize that role. But it’s a global coalition, with only 11 of 61 current members in the U.S.

There’s also CapNexus, a platform run by the nonprofit Partners for the Common Good. It currently lists a curated set of 501 financial institutions, some of which are banks and credit unions, some of which are loan funds. The common thread through all the listed organizations is that they’ve been vetted for their focus on community development work.

And after several years of building and testing, Mighty went live in February. It doesn’t cost anything for users to browse its database, which currently contains profiles for every bank in the country. Anyone can search for banks serving a particular geographic area or an evolving and growing range of causes, or any combination of the two. Banks that have partnered with Mighty show up at the top of any search results for which they fit, and their profiles are more robust, with more data and stories from the bank’s clientele.

Burling Bank, serving customers in Chicago, is currently at the top of Mighty’s list of Paycheck Protection Program lenders. If you click through to its full profile, you’ll see the current results of the past few years of work by the Mighty team parsing through data from public sources such as the Federal Financial Institutions Examination Council, which aggregates financial data from banks reported to federal regulators on a regular basis. While the data is public, it’s not very usable or digestible, and that’s where Hryndza has put her marketing background to work building an interface to present that data in an engaging way.

Each profile emphasizes how that bank uses its deposits — how much of it is invested within a specific geography, and to what purposes like small business or affordable housing, municipal bonds or other investments that represent actual dollars invested in real people, businesses and places as opposed to exotic financial instruments. One of the highlights is a slider that compares how much in community investments deposits generate at that bank compared to the national bank industry average. It’s all pulled from public data.

For banks that have partnered with Mighty, a sidebar contains links to the bank’s various deposit options and loan options — and in the case of Burling Bank, there’s a link to the bank’s COVID-19 response page.

You can’t make deposits directly through Mighty. The purpose is more to connect people to banks based on shared values, like a “Tripadvisor” for banks.

After some recent press, credit unions started contacting Hryndza to see if they could be included on the platform — they have many of the same quarterly financial reporting requirements as banks, known as “call reports,” that they have to submit to their federal regulator, the National Credit Union Administration, which also provides deposit insurance for credit unions across the country. That data is also public, and Hryndza hopes to have credit unions up on Mighty by this summer.

“We started with banks because that’s where the most money is and we thought that’s where the most latent demand is for ways to find customers wanting something different,” Hryndza says. “It surprised us that credit unions were just as hungry for deposits. I think it’s going to happen faster based on where we are today versus where we were a month ago.”

Hryndza isn’t saying that more conscientious choices around banking will solve everything, but she is beating the drum to remind people that their banking choices add up to tremendous implications for people, the country and the planet. The scramble for Paycheck Protection Program loans is heart-wrenching, and those loans still won’t be enough to keep most if not all of those small businesses afloat, but it does bring home the point that in a crisis, not all banks respond in the same way.

“Our goal was always to help people solve their problems when it comes to banking,” Hryndza says. “There’s this global event and then this specific event with the Paycheck Protection Program that’s reminding everyone of the value of relationships and the interconnectedness of communities.”