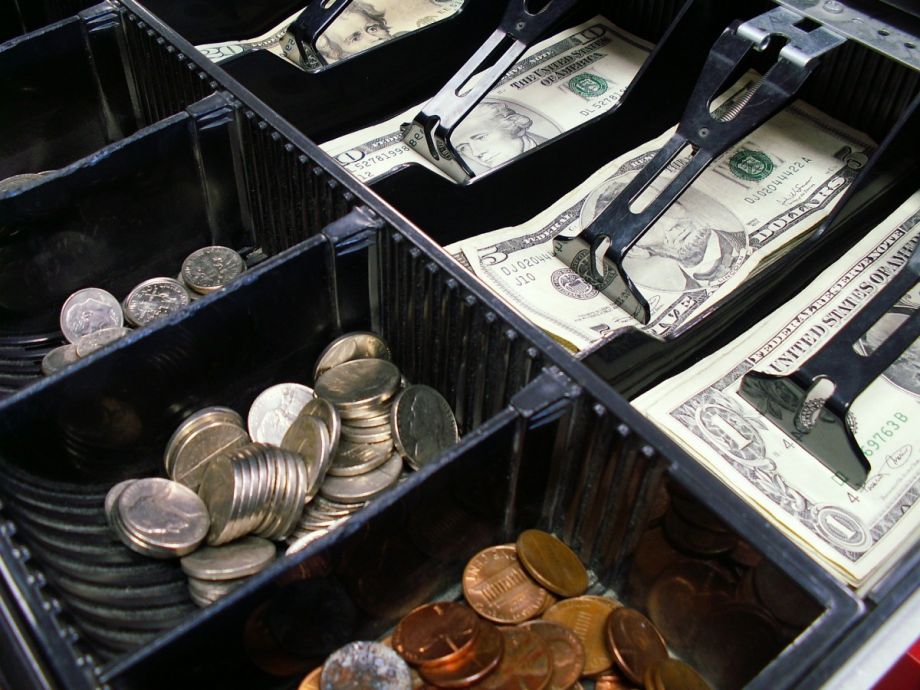 “We’d always talked about entrepreneurship when we were dating,” Clarence says. “We saved to pay for our wedding outright, and that was roughly $30,000. After doing that, we thought if we put that same discipline to saving up for business, that’s something we could do as well.”

The entrepreneurship bug runs in Kia’s family. Her paternal grandfather owned a trucking company. Her oldest brother owns a dance company, Mad Skillz. Her grandmother considers her yard sales her business. “My favorite is my maternal grandad who was a junk man,” says Kia. “He hauled regularly for construction sites and people who loved him, and he was able to make a living doing it. He passed in 2008.”

Originally from different parts of Alabama, Kia and Clarence moved to Charlotte in 2014, after Clarence took a job in the fast-growing North Carolina city.

Kia took the lead on researching what kind of business they would start, and they decided on a healthy popsicle franchise, Popbar. To them, it felt like the right fit for a couple who was also planning to start a family. “If you have a burger spot … you really have to manage a lot of inventory and a huge staff,” Clarence says. “We felt like this was a nice way for us to break into entrepreneurship and yet not have more than we could handle on our plate.”

They found an ideal location, on North Davidson Street in Charlotte. There are a few other restaurants and small businesses in the neighborhood, but no dessert places, and also a good residential density, Clarence says. The city’s light-rail expansion will add a stop within walking distance. They didn’t want a location that would depend too heavily on people having to drive to reach them. “One of the things we were looking for was we wanted to be part of the neighborhood, part of the community,” Clarence says.

It was all lined up. A business model that fit their needs, a good location, savings — they had 20 percent of the startup costs saved up and ready to go. Owning two houses in Alabama and one more in Charlotte, they had collateral too. But when they approached a large, North Carolina-based bank to apply for a startup loan, the bank said no. They went to a smaller community bank in Charlotte, which Kia says felt closer to yes, but still no.

As black entrepreneurs, the couple isn’t alone. According to the Minority Business Development Agency, loan denial rates for minority firms (42 percent) are about three times higher compared to those of non-minority-owned firms (16 percent).

Fortunately, the community bank referred them to Raleigh-based Carolina Small Business Development Fund (CSBDF), a statewide nonprofit that provides loans and technical assistance to small businesses. CSBDF gave the Lyons what they needed to cover the $375,000 or so in startup costs, including build-out and equipment. They opened Popbar Charlotte’s doors on Dec. 15 last year.

CSBDF is one of over a thousand community development financial institutions, or CDFIs, a designation awarded by the U.S. Treasury to institutions that specialize in providing access to capital and financial services for historically underinvested communities. CDFIs often look to pick up the slack or bridge the gaps that the rest of the financial system leaves behind, and CSBDF now has another way to do this: It launched an African American Loan Fund in 2016.

Half of CSBDF’s borrowers are black-owned businesses. Since 2010, the North Carolina CDFI has funded over 550 loans, totaling more than $39.3 million, which have in turn helped create or retain 1,754 jobs across the state. In CSBDF’s southwest region, which includes Charlotte, they’ve made 94 loans for a total of $6.9 million, saving or creating more than 340 jobs. Popbar added 11 more jobs, so far, plus Kia as manager. The Lyons are doing well enough already that the couple plans to open two or three more Popbars in Charlotte over the next few years.

CSBDF is bridging gaps in programs like the Small Business Administration’s (SBA) 7(a) Loan Program. The loan program was ostensibly designed to encourage banks to lend to borrowers who have had trouble accessing conventional small business loans. It does so by providing a government guarantee covering up to 85 percent of a small business loan in case of default, for loan amounts up to $5 million. Over the past three years, the program has averaged around 60,000 loans a year, but black-owned businesses only get about 3 to 4 percent of those a year nationwide.

“Our overall goal is to make sure we’re helping to close that gap,” says Amber Banks, vice president for business lending at CSBDF.

Other barriers to borrowing for black entrepreneurs stem from a lack of loan products that fit the unique needs and circumstances of borrowers based on their backgrounds.

For black business owners, background typically means a lot less in assets or cash relative to white business owners. Median net worth for black households in the U.S. is $9,211, compared with $132,483 in median household net worth for white households, according to the U.S. Census Bureau’s latest figures. That kind of racial wealth disparity means far less in startup capital available from friends and family, less in personal savings to plow into a new business, less collateral or home equity to leverage for a small business loan.

“We can’t look at every culture or ethnicity exactly the same,” says Banks. “A lot of African-American families don’t have the generational wealth, don’t have the assets.”

Last year, CSBDF began exploring some new loan parameters to better fit those circumstances. They actually went back and looked at their own loan denials, and asked themselves what they could have done to make it work.

They came up with a few different strategies to address the lack of generational wealth, such as making loans that include what’s called an “equity recapture.” Typically, if someone needs a small business loan to buy a piece of equipment or build out a location for a new business, the lender is willing to finance 80 percent of the project’s costs, and the borrower has to come up with the rest — the equity injection, in technical terms. CSBDF typically requires its borrowers to provide only 10 percent equity, but even that was limiting some borrowers who otherwise had potential.

“We see sometimes especially low-income business owners simply don’t have any savings or money set aside to do that equity injection,” Banks says.

With an equity recapture loan, CSBDF finances 100 percent of the total needs up front, then in the second or third year of typically a five-year term, the borrower starts paying additional principal payments that add up to the 10 percent owner equity requirement. The borrower knows up front that after a year or two, their loan payments will go up — hopefully after they’ve grown the business thanks to the machinery or the expansion that the loan financed.

“It’s basically pulling that equity out later, once we’ve given that business an opportunity to grow,” explains Banks.

They came up with the idea during an office brainstorming session on how to reach more black-owned businesses left out of mainstream small business lending. The model is based in part on Banks’ previous experience in commercial lending, where sometimes a business whose cash flow goes up and down seasonally or for other reasons is allowed to have its loan or line of credit repayments fluctuate to fit the natural cash flow of the business.

The equity recapture loans are now part of CSBDF’s new African American Loan Fund, which it seeded using capital from Wells Fargo’s Diverse Community Capital program. Under the African American Loan Fund, interest rates are capped at 10 percent (instead of CSBDF’s usual 12 percent maximum). Startups and existing businesses are eligible, and must be at least 51 percent black-owned.

“It’s a tool in a toolbox, to show we are speaking specifically to that community, letting them know we’re speaking to those challenges and we’re finding ways to work with them,” says Banks.

Twice a year, CSBDF also surveys its borrowers to measure some of the impact their capital has had on job creation, revenue growth, and also improvements in qualify life — including the purchase of a major asset like a house or a car. They may need to add a new response: With their business up and running, the Lyons family decided to expand. Kia is due to give birth in November.