Six Things I Learned From World Urban Forum 9 – Next City 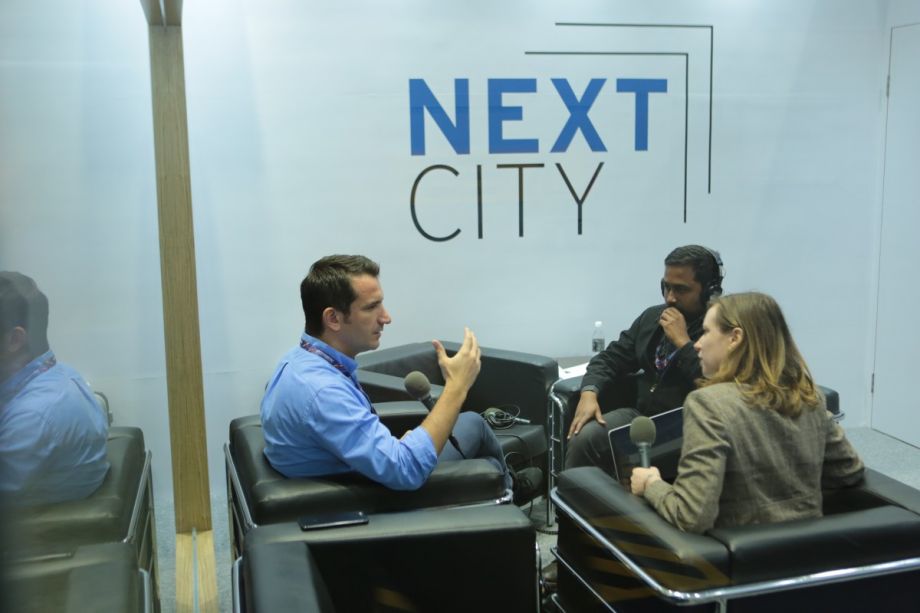 Shakespeare got it right: “All the world’s a stage…” But I wonder if even he’d be surprised at the dialogue we heard at World Urban Forum 9.

With the generous support of the Ford Foundation, Kresge Foundation, Institute of International Education, Lincoln Institute of Land Policy and UN Habitat, Next City produced journalism and created a physical stage at World Urban Forum 9 that served as a platform for urban leaders to discuss how to plan for cities in 2030 as well as implement the New Urban Agenda.

As we gathered for the Forum on Feb. 7-13, we recognized that urbanization isn’t just a reality — it’s an imperative to make our cities more equitable, healthy, inclusive, prosperous, resilient, safe and sustainable. Building on the adoption of the New Urban Agenda at Habitat III, the world came to Kuala Lumpur to share solutions that addressed climate change, rising inequality, rapid urbanization and other challenges facing cities around the world.

On Next City’s World Stage, we explored how to design cities for older people, the young, those with disabilities, the underprivileged, families, migrants, LGBTQ and future generations. We listened to mayors from Tirana, Albania; Newcastle, Australia; Central Falls, Rhode Island; Wilkinsburg, Pennsylvania; and West Sacramento, California, as well as the vice mayor from Panama City and a councilman from Walnut, California, who reminded us how different our urban experiences are, and yet how similar the challenges can be as we work to eradicate poverty, combat climate change, and foster equity and inclusion. And we engaged researchers, developers and financiers to consider opportunities to radically transform the places in which we work, shop, play and live. Our podcasts feature several leaders from these sessions.

From the initial session on how to protect the historic character of George Town, Penang Island, Malaysia, from unbridled urbanization, to the concluding sessions on the imperative to employ universal design, Next City’s World Stage gave voice to civil society leaders as well as to elected and appointed officials and citizens from well beyond the central city of Kuala Lumpur.

With over 40 hours of programming, as well as two feature stories, 20 news posts and over a dozen podcasts, we explored life in cities around the world.

Here are six things I learned.

Infrastructure Matters. Many of the speakers — from the acting U.S. executive director at the Asian Development Bank to advocates for children, the disabled and older people — invoked the need for investment in infrastructure as a way to address cities’ challenges. Beyond traffic congestion and the need for clean water, community infrastructure taking the forms of civic spaces, flood control, schools and affordable housing were high on the minds of urban thinkers.

Design Matters. Architects, planners and engineers led the charge at World Urban Forum 9, exploring how we can shape our cities, even as the buildings in those cities shape us. Citing the critical role of design, mayors and civil society leaders also chimed in, unified in their belief that we can make our cities better.

Walkability Matters. Not the easiest city to walk around, Kuala Lumpur reminds us how complicated cities are. With rampant development, overhead pedestrian walkways and often undersized sidewalks where motorbikes park at will, I saw firsthand the impact on traditional norms of pedestrianism and (dis)connected economic development and social interaction. One bright spot was that most walkways had physical cues for the blind — something often missing in cities throughout the U.S.

Diversity and Inclusion Matter. Easily the most diverse gathering I’ve ever attended, World Urban Forum 9 and our World Stage reflected the population of the earth. From informal workers to mayors, people of all stripes felt comfortable sharing concerns and hopes to make cities for all.

Presence Matters. They say that 80 percent of success is showing up. Well, by showing up in force, women, human rights advocates and the disabled community, led by World Enabled, secured language in the Kuala Lumpur Declaration to accelerate the implementation of the New Urban Agenda. Unfortunately, neither the United States nor Australia sent official delegations; both nations appeared to lose stature among participants as a result. Perhaps that will change in 2020.

Journalism Matters. Please allow me to crow a bit. Through our features, daily news posts, photo essays and podcasts, as well as our World Stage, Next City was the pre-eminent news organization at World Urban Forum 9. No other media organization devoted resources and platforms on such a comprehensive level. We connected mayors, civil society leaders, researchers, urban practitioners and citizens, all in the hope of inspiring change in cities.

To be honest, I left the Forum with the same trepidations I had going in: How will the New Urban Agenda be implemented, and by what measurements? How will we know success?

Unfortunately, the jury is still out, as national commitments and common metrics are still wanting. Unlike the Paris Climate Accords and the Sustainable Development Goals, which include direct measurements and some national commitments, the New Urban Agenda remains aspirational guidance rather than a true roadmap for change.

Next City will continue to cover the New Urban Agenda, with the High Level Political Forum this July as the next major event towards planning for cities in 2030 and beyond. And, we are committed to engaging urbanists in Abu Dhabi in 2020 for World Urban Forum 10. In the meantime, we welcome your comments, questions and suggestions to inspire change in cities. Is the New Urban Agenda real, or is it all an act? It’s up to you to decide and act.