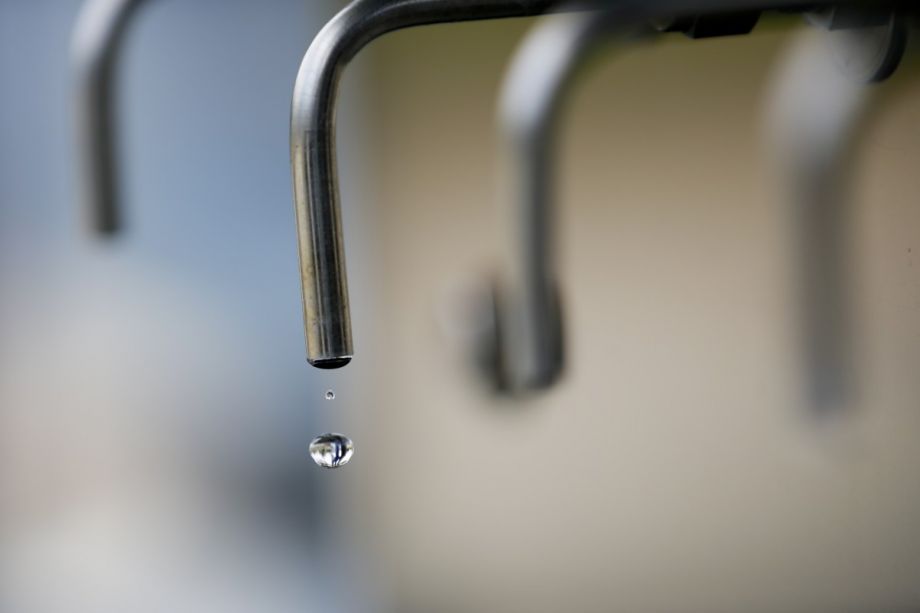 This month, in the fourth year of California’s drought, the San Diego County Water Authority (SDCWA) is sending community leaders back to school. The Citizens Water Academy is a free, three-session crash course about the history, use and management of water in the county. With the drought on the tip of everyone’s tongue and misinformation abundant, the SDCWA launched the program in Fall 2014.

“We were looking into engaging the community in more detail in the agency’s plans to diversify the water supply,” says Craig Balben, SDCWA public affairs representative.

The agency was inspired by the offices of the local district attorney and the FBI, which hold citizens academies to educate constituents about their work. The EPA provides a virtual “Drinking Water Academy” free on its website, but as far as Balben is aware, San Diego’s Citizens Water Academy is the only one of its kind.

Water academy students apply or are nominated to participate in the program, which is funded by the SDCWA’s operating budget at a cost of approximately $225 per person. A total of 130 participants graduated last year, and the SDCWA is planning three more sessions for this year. By the end of August about 99 people had applied for fall; 60 will be accepted.

In the first of the three classes, students learn about the history of water in the San Diego region. It’s an unusual tale for California. In the late ’80s and ’90s, 95 percent of San Diego’s water came from the Water District of Southern California, which was threatening to cut back supplies by 50 percent in the face of a significant drought. Local business leaders in San Diego were alarmed and awakened for the first time to the city’s precarious situation: nearly wholly dependent on just one source of water.

So the SDCWA board began an intensive effort to diversity its portfolio, not only by sourcing water from multiple locations, but also branching out into gray water recycling, conservation and, most recently, desalination. On average over the last five years, 19 percent of San Diego’s water has come from the State Water Project in Bay-Delta, 64 percent from the Colorado River, and 17 percent from local sources, including groundwater, surface water and recycled water. A desalination plant in nearby Carlsbad slated to come online this fall would contribute 7-10 percent of the local water supply.

As a result, the SDCWA expects to meet 99 percent of projected water demands this year, even while the state’s two largest reservoirs, Shasta Lake and Lake Oroville, are at only 65 percent and 62 percent capacity respectively, according to the California Department of Water Resources. Balben says San Diego learned lessons about conservation and diversification two decades ago that other California cities are just learning today.

But the city’s sound water planning is not common knowledge for most locals. “When you hear stories about cities and communities running out of water, you think, we’re next! Why wouldn’t we be?” says Balben.

The Academy can dispel some of those fears, while introducing students to the complexities of water management. In the second class, students debate a scenario as water districts to understand how the county plans for future water supplies amid drought and growing populations. A developer wants to build a hospital, say, and the group needs to weigh the economic benefit to the region versus the projected water usage. “They start to understand it’s a finite resource we only have so much of, and we have to make difficult decisions,” Balben says.

The last class is an introduction to infrastructure, facilities and operations. The class visits the Olivenhain Dam and the Twin Oaks Water Treatment Plant, and then ends the day with a graduation ceremony at the water authority’s operations and maintenance center. All presentations, throughout the sessions, are given by the SDCWA’s own managers and executives.

After sessions end, the SDCWA hopes grads return to their communities empowered to educate others about water. “I think for many of these folks they’re looked at as, maybe not an expert, but as a trusted and valued resource regarding water issues and water questions,” says Balben. “When family members or neighbors have questions, they feel more confident to engage.”

Since the program began, the SDCWA has received many student nominations for future sessions, and seen an increase in requests for the water authority to present at schools and businesses. Continued alumni engagement has also been high. “One year after the [first] academy we’re already seeing people writing newsletters [about water] for their companies. We are seeing that information getting out there and being spread without us really doing too much extra work,” says Balben.

The SDCWA plans to continue the academy as long as there are students to teach. Climate scientists are predicting a wet winter, but Balben says that doesn’t mean California is in the clear. Education is more important than ever, so that the short-term excitement about rain this winter doesn’t cancel out long-term planning.

“The rain’s great and we welcome it and we would love for it to happen,” Balben says, “but unless it also falls as snow in the Sierra Nevadas, it’s not going to bring us out of this drought. And even if it does, we’re still going to face a drought in the following year or the year after that.”