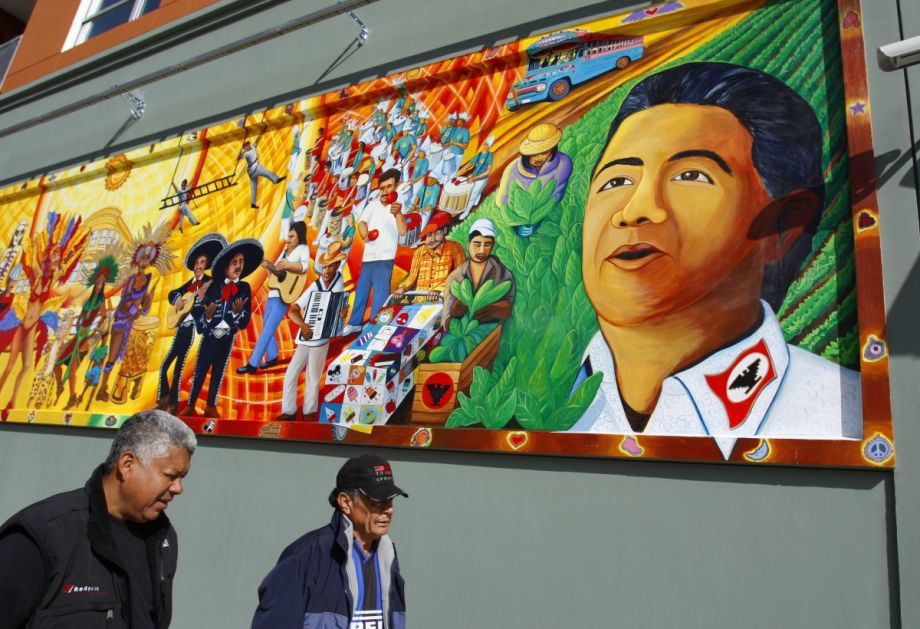 Along an industrial waterfront of the Sunset Park neighborhood in Brooklyn, 15 years of local efforts to build a stronger, more environmentally healthy community are being threatened by big investments that are driving up rents. Developers are discussing plans to modernize the area, and the New York City government has already proposed a streetcar line to facilitate the revitalization. But the local residents and activists who have been working on improving their neighborhood for decades say they haven’t been consulted on these plans, and that these projects threaten to displace them. Miami real estate prospectors are buying up elevated lands in preparation for sea level rise. These lands have been ignored and disinvested from for years, and many of the low-income communities who built their homes on that land fear for their future. Across the country, a planned park along the Los Angeles River intended to create open space for all Los Angelenos to share is already boosting land values and raising fears of rent hikes in neighboring communities — and the project hasn’t even broken ground. The massive displacements that occurred when the San Francisco Mission district underwent “revitalizations” are by now well-known.

What do these examples this have to do with the New Urban Agenda that will come out of the United Nations’ Habitat III conference to be held this October in Quito, Ecuador? Pretty much everything.

Habitat III is the first major UN conference following the 2015 passage of the Sustainable Development Goals and the Paris Agreement. The conference will finalize the New Urban Agenda, an internationally recognized roadmap for 21st-century urbanization. Under revision this week in Surabaya, the document includes significant nods to the concepts of social inclusion, sustainability and justice for all people.

One trend that figures heavily into the New Urban Agenda is support for publicly funded or facilitated infrastructure project — from green space to public transportation — developed to attract private investment into historically under-invested neighborhoods. These efforts, which can be seen in developing cities such as Kampala in Uganda, are attempted in the name of improving public amenities, building climate resilience, creating jobs or addressing blight. Local communities are told they will benefit from these investments, and sometimes they do. What inevitably also happens is land values increase. This makes the area increasingly less affordable to poorer populations, which, because of inadequate access to good job opportunities and other social infrastructures, find themselves struggling to live in a neighborhood that is increasingly beyond their means. Furthermore, the jobs that are created are often provided by global corporations that can afford high land costs. These companies have little incentive to provide decent and dignified work to the majority of the local population.

The New Urban Agenda has a multitude of objectives, all of which revolve around fostering urban development that is environmentally, socially and economically sustainable. The issue papers on spatial planning and economic development published as part of the UN-Habitat drafting process encourage development-driving infrastructure financed through public-private partnerships as a means of meeting urbanization goals, increasing the municipal tax base and making areas generally more profitable. The UN’s expert panels have recommended that development be accompanied by participatory policy making, strategic “investment in people” and strategic redistribution policies that would allow the public to “capture” the value generated by investment and use the influx of cash to create more public spaces and amenities in “less fortunate neighborhoods.”

But those equity-oriented policy interventions will not be mandated nor financed without significant effort. So what this model looks like on the ground, at least so far, is the use of public funds to jumpstart private investments in areas that will then appeal to high-skilled workers, many of whom will, by virtue of moving to the revitalizing neighborhood, displace or threaten the communities that have been there for generations. This is already happening across the U.S., Europe and parts of South America like the Brazilian city of Rio de Janeiro, where the Summer Olympics will happen in publicly financed stadiums in just a few weeks. It is essential we learn from these places in order to inform the urbanization roadmap for the next 20 years. A failure to explicitly address the very real displacement threats and psychological traumas that are associated with land value hikes without affordable housing and locally adapted job creation is a significant flaw in the operational manual set to guide urbanization in an era of significant inequality.

Indeed, relative to “investments in people,” infrastructure investments have a much greater emphasis in the version of the zero draft delegates are discussing this week in Surabaya. This is indicative of the more challenging and place-specific nature of social infrastructure development, as well as the planning sphere’s stronger expertise with physical planning. Inclusive development is challenging, and it takes time. PlaNYC, world renowned for its progressive sustainability goals and call for increased community representation, was itself authored to a large extent by a private consulting firm. Across the world, citizens on the ground, whose tax dollars are going to fund the very projects that can threaten their ability to remain in their neighborhoods, are either being ignored or poorly represented. What’s more, the urban planning that is occurring, so reliant on physical features like compact development, parks, transit lines, bikeways and mixed-used development, is promoting quality-of-life features, instead of opportunities.

The New Urban Agenda has primarily been arguing for intelligent, resilient and fair spatial arrangements. That’s a good thing, but it is not sufficient to ensure equity. Dominant economic forces will ensure that the areas of highest spatial value will be seized by those citizens — and corporations — who are able to pay the most, displacing the very communities such spatial interventions were initially meant to protect. To paraphrase Elizabeth Yeampierre, an activist fighting for the rights of Sunset Park residents in the U.S., this seems like the oldest trick in the book. Older cities across the U.S. and other countries are being confronted with the equity and justice concerns of urban space privatization, and their communities are starting to develop ways of coping with them. Their solutions, and their voices, are essential learning opportunities for cities developing around the world.

The draft declaration on Habitat III’s “localizing finance for inclusive change” may offer some encouraging first steps. The declaration calls for, amongst other things, the creation of tools that help to build social infrastructure. These include land trusts to help curve external land speculations, cooperative creations to foster equitable wealth creation, secure land tenure and local capacity building. Let’s hope that the realization made in Surabaya is that we can’t make investments in physical infrastructure without investing in social infrastructure. Only through such combined efforts will we achieve a virtuous loop of locally fostered, community-supported urban revitalization. It is the harder path to follow, but it is the only one that will interrupt the historical trends of displacement and exclusion.