“YIMBY” Movement Heats Up in Boulder – Next City

“YIMBY” Movement Heats Up in Boulder 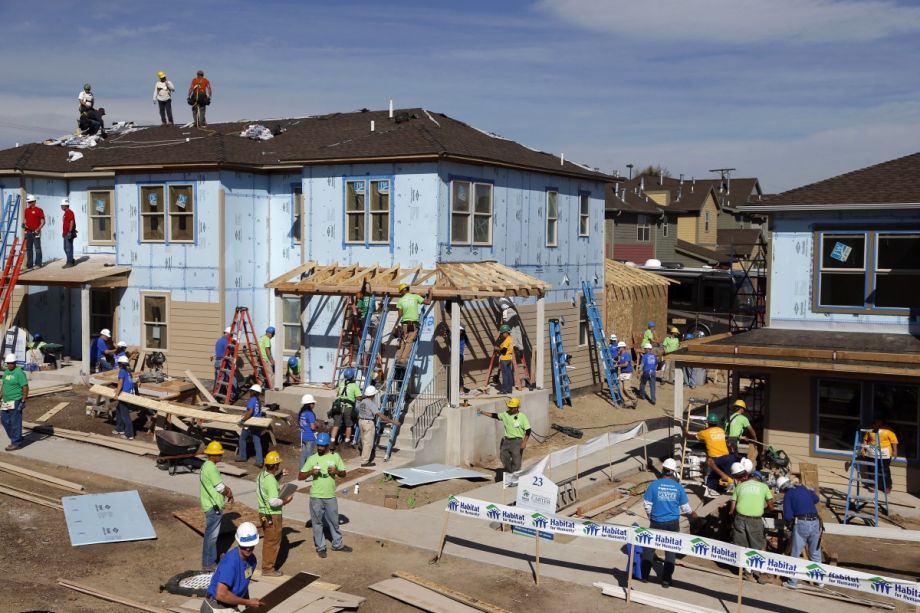 Habitat for Humanity construction site in the Globeville neighborhood of Denver, in 2013 (AP Photo/Brennan Linsley)

Back in the old days, urban real estate development followed a familiar pattern. A market opportunity would attract developers, developers would lobby governments to approve their projects, and resident groups would register their concerns. Somewhere in this essentially adversarial system, the dual forces of capitalism and democracy would arrive at a suitable amount of housing in suitable places.

As housing shortages in major cities, primarily those on the coasts, have grown increasingly severe, many cities have been reluctant to approve new housing — despite market pressures — in part due to opposition from local homeowners and, in some cases, even from renters. More of an attitude than a movement, the “Not in My Backyard” ethic has gone from opposing intrusive infrastructure projects (like the Lower Manhattan Expressway in the 1960s) to opposing developments that could provide basic shelter in today’s booming U.S. cities.

A loose affiliation of activists fed up with what they consider undue political influence of NIMBYs, the YIMBY movement has cropped up all over America. It gained a boost over the weekend with what is believed to be the first-ever YIMBY conference in Boulder, Colorado — a fitting venue given that the Boulder/Denver metro area has experienced one of the nation’s highest rates of in-migration over the past decade.

Hosted by advocacy group Better Bolder, YIMBY 2016 attracted roughly 150 activists from around the country. It served as a pep rally, brainstorming session and call to arms, all with the goal of making cities more affordable, equitable and even greener. (Disclosure: I attended as an associate of Affordable Housing Los Angeles.)

In addition to a large contingent of Boulder natives, the conference attracted representatives from usual suspects like Los Angeles, San Francisco and New York City, as well as more unexpected places like Cleveland; Brisbane, Australia; and Sitka, Alaska. Their common thread: frustration over what they see as a wide gulf between responsible housing policy and the political realities of development. Participants didn’t hold back their frustration, speaking candidly about NIMBY small-mindedness and going so far as to pepper session titles with salty language like, “How F—ked is San Francisco — Lessons From the Worst Housing Market in the Country.”

Inspired by proto-YIMBY group the San Francisco Bay Area Renters’ Federation (identified by the irreverent acronym SFBARF) and its firebrand founder Sonja Trauss, the YIMBY movement seeks to turn the public outreach process on its head. Whereas homeowners’ groups and other vested interests often dominate comments at public hearings, YIMBYs seek to testify on behalf of what they consider the silent majority that will benefit from more development and, particularly, more housing in urban areas. Their numbers may be smaller, but they hope to provide potent dissenting voices that give cover to public officials otherwise anxious about supporting development.

The YIMBY ethos generally says “yes to everything,” meaning that it embraces both subsidized affordable housing and market-rate housing (without necessarily taking a position on commercial or mixed-use development). It is not without nuance, though — or at least disagreement. For one thing, many would-be YIMBYs don’t embrace the term “YIMBY,” in part because they object to the vilification of, and even the reference to, NIMBYs. Then again, there is a literal element to YIMBYism. Some in Boulder said they’d like to build accessory dwelling units in their very own backyards — if their cities will let them.

YIMBYism doesn’t necessarily advocate for indiscriminate building. Many sessions in Boulder explored nuances of social justice, environmental responsibility, property rights, coalition building, and the delicate challenge of advocating for development without coming off as shills for for-profit developers.

The uses and contradictions of capitalism hovered ominously in the background all weekend long. The YIMBY movement is aggressively populist, seeking housing supplies robust enough to enable virtually anyone to live in virtually any city he or she chooses. In this sense, it is a decidedly left-wing movement.

Ironically, though, many of the staunchest NIMBYs are themselves liberal, and many of the cities most hostile to growth are some of the most entrenched liberal redoubts. Think Santa Monica and Berkeley, California, and Cambridge, Massachusetts. Many attendees discussed the delicate matter of facing opponents with whom they agreed on 99 percent of issues — diverging only on the issue of whether developers’ profits comport with the public good.

Political homogeneity was not the only kind of homogeneity at YIMBY 2016. It was overwhelmingly white, though many attendees acknowledged a need to connect with minority and disadvantaged communities. There was much more variety in age; attendees ranged from college undergraduates to retirees.

The consensus was that NIMBY fervor fundamentally stems from fear of change, fueled by ignorance about potential benefits of greater density and more economically diverse communities. One YIMBY described the debate as “character versus characters” — the desire to maintain stasis in a neighborhood versus the benefit of welcoming new community members.

Speakers in Boulder told affecting personal stories about the need for housing and delivered empirically driven arguments about the economic and ecological necessity of denser cities. Of course, they were preaching to the choir. What remains to be seen, however, is how YIMBYs will fare when they are testifying before a city council. If their voices grow as loud as those of homeowners’ groups and traditional gadflies, then maybe America’s hot cities will reverse their ascent into exclusivity and luxury.