Filling in the Blanks of Jane Jacobs’ Missing Chapter – Next City

Filling in the Blanks of Jane Jacobs’ Missing Chapter 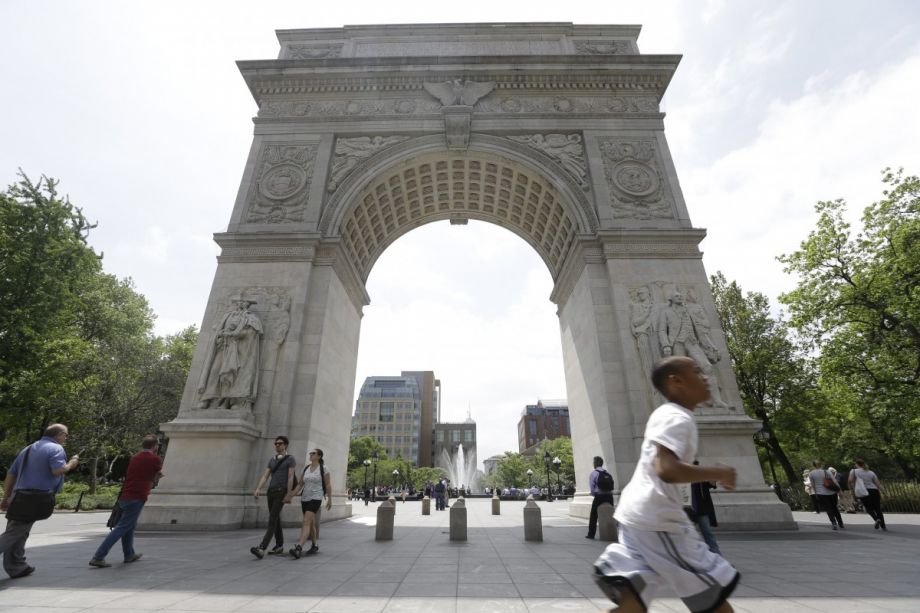 I read Jane Jacobs’ seminal 1961 The Death and Life of Great American Cities because I wanted to learn more about the way urban spaces worked. I read Robert Caro’s 1974 The Power Broker because I wanted to learn more about Jane Jacobs. I assumed — without question — that, at over 1,300 pages, the iconic and devastating biography of city planner Robert Moses (Jacobs’ most famous adversary) was bound to include the woman who helped stop his highway from running down the center of Washington Square Park. I started to get a little nervous around page 871 — where Caro’s famous section on the Cross Bronx Expressway began — but after all there were nearly 500 more pages left, and that was almost three Great Gatsby’s. There was plenty of time and space yet.

If you’ve read The Power Broker, you’ll already know there is no Jane Jacobs inside. Her absence was profoundly strange to me, both on a biographical level — she was an important figure in Moses’ legacy — but also on a literary one. What kind of writing could Caro have produced with these perfectly (if only briefly) matched antagonists? And despite the book taking over a significant part of my brain (there was not a road in New York City that didn’t inspire a Caro-sourced anecdote or fact from me for weeks after I finished), I felt a little cheated. Sure, it was one of the best books I had ever read. But I had signed up for Jane Jacobs.

Indignant, I got to Googling. I found a 2007 post by journalist and blogger Norman Oder, of the Atlantic Yards Report, which offered up the promise of something I had by then given up on: a chapter on Jacobs, by Caro, cut from the original manuscript of The Power Broker. After reaching out through Caro’s lecture agent, Oder received news from Ina Caro, Robert’s wife.

“Over 30 years ago, when she typed the original manuscript for The Power Broker, there was a wonderful chapter on Jane Jacobs — as good, she thought, as the one on the Cross Bronx Expressway. Unfortunately, when the book was handed in it was one million words long and had to be cut by a third — 300,000 words. Entire chapters were cut. One on the Brooklyn Dodgers and Moses, one on the Port Authority, one on the city planning commission, one on the Verrazano Narrow [sic] Bridge and one on Jane Jacobs.”

Oder was the first to ask about it. Ina added: “She hopes those pages are still in storage and can be read someday when a library acquires Mr. Caro’s papers.”

Anthony Flint chronicles Moses and Jacobs’ battle in his 2009 book, Wrestling with Moses. Caro’s book left a deep impression on both Jacobs and Moses and thousands of readers: a scathing indictment of Moses’s legacy and abuses, published at the apex of the Watergate scandal. Knopf sent Jacobs advance copies of The Power Broker — she went on to blurb the book — and Flint quotes a letter from Jacobs to her mother about her first impressions.

“Bob is reading one of them while I am reading the other. We lie in bed at night, propped up under the reading light with our twin volumes and Jimmy says the sight is hilarious. Well, we always knew Moses was an awful man, doing awful things, but even so this book is a shocking revelation. He was much worse than we had even imagined. I am beginning to think he was not quite sane. The things he did — the corruption, the brutality, the sheer seizure and misuse of power — make Watergate seem rather tame. I think the big difference is, the press did not expose Moses, in fact (particularly the New York Times) aided and abetted him in every way, so that he got away with his outrages and kept building upon them further for thirty years before there was any public explore of what his victims, of course, knew only too well … Exposure is the only defense of the people against such tyranny and lawlessness. I wonder whether it teaches any lessons for the future. Doubtful, but I hope so.”

In a 2014 interview with The Daily Beast, given on the occasion of the 40th anniversary of The Power Broker’s publication, Caro spoke about the process of the massive cutting he undertook with his editor, Robert Gottlieb. By his reckoning, they removed up to 400,000 words — “enough for two or three entire books.”

“There are two entire chapters that were cut out that I’m sorry about,” Caro told The Daily Beast. “One was on Jane Jacobs stopping the Lower Manhattan Expressway. And one was why the New York City Planning Commission has no power so that someone like Robert Moses could run over the Planning Commission. Those are very significant things. Today I get asked a lot about both those subjects, and then I always have a pang of regret that they’re not in ﻿The Power Broker﻿.”

Though Knopf respectfully declined my requests to speak with Caro and Gottlieb — I will continue to dream of digging through that mythical storage space — a single piece of writing by Caro on Jacobs is available to the public. In 2008, the Rockefeller Foundation invited Caro to speak at the Jane Jacobs Medal awards dinner, and though the foundation president, Judith Rodin, hinted at remarks that might come from the missing chapter, Caro spoke instead more generally.

Of the positive blurb she offered in support of his book, Caro said, “The Power Broker has given me a lot of great moments, but that was the first. I remember it so clearly, because it was the moment I first felt that perhaps I had done something worthwhile.”

He spoke about how The Death and Life of Great American Cities shaped his own work. “The book was pervaded with, and sort of emitted, threw off, a brilliant penetrating light,” he said. As he wrote about the destruction Moses wrought on neighborhoods like Brooklyn’s Sunset Park or the Bronx’s East Tremont, “I found myself thinking so often about Jane Jacob’s book. ‘This is not the rebuilding of cities, this is the sacking of cities,’ she said.”

“I wanted to show what that meant, that communities were destroyed. To show what was lost when a city lost a neighborhood.”

They met only once, after Jacobs had moved to Toronto and The Power Broker had been published. “Jane Jacobs and I sat the whole evening on the sofa talking,” Caro said. “Of course, what we wound up talking about was Robert Moses.”

Molly McArdle is the books editor for Brooklyn Magazine and a contributing writer to Travel + Leisure. A native Washingtonian, she is based in Brooklyn.