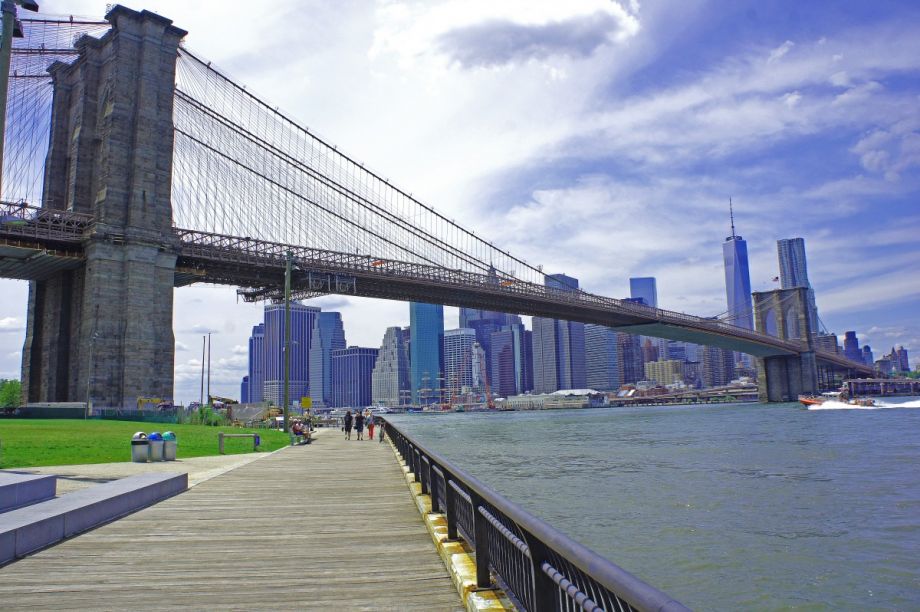 De Blasio Backs Brooklyn-Queens Streetcar Line
There’s already the overcrowded Brooklyn-Queens Expressway and the underused Brooklyn-Queens Crosstown (G) subway line. But now New York Mayor Bill de Blasio has thrown his weight behind a proposal to add a third connecting route between New York’s two Long Island boroughs, one that its backers hope will reshape the East River waterfront in both of them.

Most New York media outlets reported in advance that de Blasio would formally endorse the proposed Brooklyn-Queens Connector (BQX) modern streetcar in his State of the City speech last Thursday. (The Daily News had this report, while The New York Times called it “his administration’s most ambitious urban engineering project to date” in its story.)

The proposed route for the 16-mile-long line was laid out by a nonprofit group, Friends of the Brooklyn-Queens Connector, whose members include several of the developers busy transforming the Brooklyn waterfront with residential conversions of former industrial buildings. It would run close to the waterfront from Astoria in Queens to Sunset Park in Brooklyn, serving Long Island City, Greenpoint, Williamsburg, Vinegar Hill and Red Hook, among other neighborhoods not well served by existing transit, along the way.

The line has a projected price tag of $2.5 billion, less than a new subway line would cost. De Blasio envisions increased tax revenues from higher property values in the corridor covering the cost of the line.

After the mayor’s announcement, Curbed NY reported mixed reactions to the proposal, with some skeptics willing to give it a chance while others who might be expected to champion an idea like this one saying it “doesn’t add up.”

A rubber-tired tram in Caen, France (Photo by Vitaly Volkov on flickr).

The city currently operates a system called TVR that’s a cross between a tram and a trolleybus: It uses rubber-tired vehicles that are guided by a steel rail in the center of its pathway that also serves as part of the current collection and return system along with an overhead pantograph. The TVR line entered service in 2002, but has proven unreliable and is no longer being supported by its manufacturers.

City officials first announced their intention to do away with the TVR line in 2011, but a feasibility study conducted since has led to a more ambitious proposal for a network of three light rail lines that would open in 2019. In all, the network would have a total of 16.8 km (10.43 miles) of routes and 37 stations. All three routes would share a central section, and two major extensions would be built: a 2.2-km (1.36-mile) branch from Théâtre to Presqu’île and a 1-km (0.6-mile) extension of the original line from its current terminus at Grace de Dieu to Fleury-sur-Orne. Peak-hour trains would operate at 3-minute headways on the shared section. Officials estimate the project would cost €247 million (about $276 million U.S.).

Iranian women wait for a train in an underground station. (AP Photo/Vahid Salemi)

The International Railway Journal reports that the extension makes Mashhad, the second-largest city in Iran, the first Iranian city with an urban rail link to its airport. The 4.5-km (2.8-mile) extension of east-west Line 1 from its original terminus at Ghadir includes an intermediate station at Parvaz. The original 18-km (11.2-mile) Line 1 opened for service in 2011. Work is already underway on a second, 14.5-km (9-mile) north-south line that will intersect with Line 1 at Shariati station.