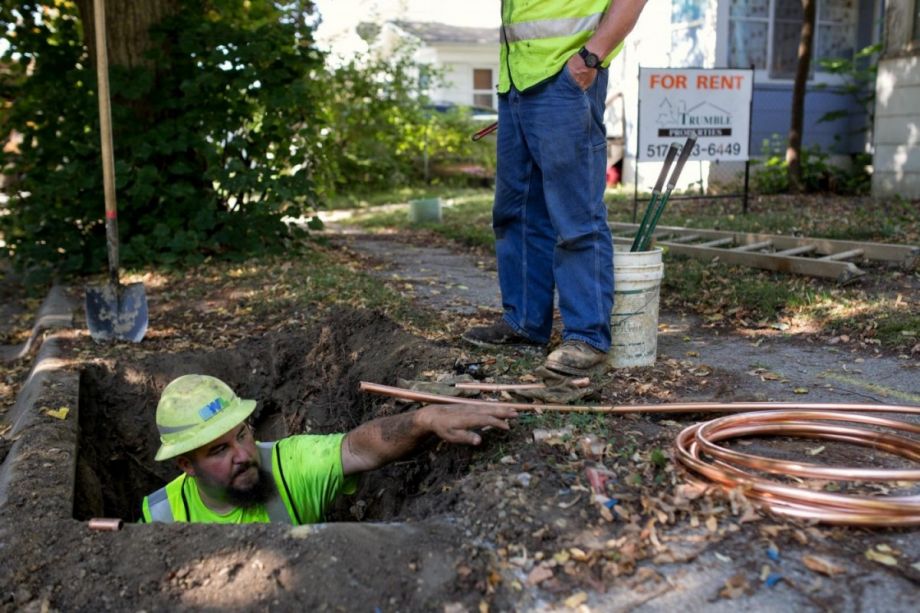 As Anna Clark reported for Next City earlier this year, Lansing embarked on a mission to remove all lead pipes back in 2004, without being prompted by a poisonous drinking water crisis like what nearby Flint experienced. Since then, the city’s Board of Water and Light (BWL) has replaced more than 10,000 lead service lines with copper ones for about $44.5 million, paid for thanks to a water rate increase.

“This is a tremendous accomplishment that shows communities across Michigan and the nation that replacing lead service lines can be successful with planning, operational expertise and the support of the community and the customers,” said Dick Peffley, BWL general manager, at a public event celebrating the last removal. BWL says the lines that were in place until this week did not pose a hazard to customers, and that the water passing through service lines is tested multiple times a day, 365 days a year.

The milestone makes Lansing only the second water utility in the nation to remove all lead service lines, after Madison, Wisconsin. Unlike in other cities, Lansing’s BWL is responsible for removing and replacing service lines from the water main all the way to the meter. In cities like Flint, the utility is only responsible to the curb stop, which can mean lead remains in the system in a person’s home even after a swap.

After the crisis, however, Flint will now replace lead service lines with copper from the curb to the water meter of each property. East Lansing resident Michael McDaniel is overseeing the lead service line removal program in Flint, which is called Fast Start. The city can learn from Lansing’s experience. Over the 12 years they’ve been at work, Peffley says BWL crews have gotten more efficient. When the work started, it cost about $9,000 to remove a line. By the time they were done, it took about four hours and cost just $3,600.