Where Can a City Turn When the Tap Water Is Poisonous? – Next City

Where Can a City Turn When the Tap Water Is Poisonous? 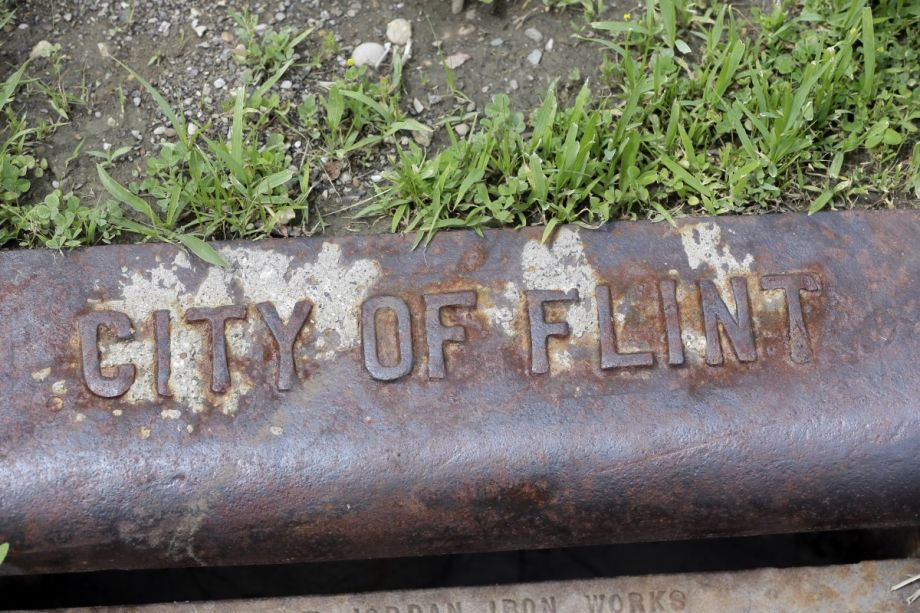 If it weren’t for the persistence of citizen activists, an investigative reporter working for the ACLU of Michigan, and a water quality scientist from Virginia Tech, the people of Flint, Michigan, would likely still be consuming poisoned water.

Their independent work to prove the presence of lead revealed how a series of disastrous decisions led to poisonous water flowing out of Flint taps for about 18 months. Despite persistent assurances from public officials that all was fine, independent tests in September confirmed not only the presence of lead in the water, but also elevated lead levels in the bloodstream of Flint children. Finally, in early October, Gov. Rick Snyder announced that the state and other agencies would spend $12 million to reconnect Flint with a safe water source from Detroit. It also admitted mistakes when it removed the state’s top water quality official from her position. “Our staff was clearly confused,” Michigan Department of Environmental Quality spokesperson Brad Wurfel, told the Detroit Free Press.

But despite the triumph of the activists, the ACLU reporter and the Virginia Tech scientist, the consequences of this crisis may play out for generations.

In the meantime, those who made the decisions to overlook alarms that might’ve kept citizens safe need to shoulder responsibility. There is nothing more important to building a sustainable city and restoring faith in our urban spaces than a system of ethical accountability for the mishandling of public resources and public health.

And the investigation into how this happened needs to be done with the utmost transparency. Secrecy is a serious problem in Michigan, as a major report from the Center for Public Integrity revealed last month. It finished dead last among 50 states for openness in government, with particularly bad marks for poor or non-existent public disclosure laws. A political landscape shrouded in darkness is especially disturbing as Michigan has ventured into a significant experiment with emergency management, which is a mechanism where state appointees take the helm of struggling jurisdictions.

Flint, a distressed community northwest of Detroit with about 100,000 people, has been in and out of emergency management since 2002. It was under the supervision of an emergency manager in April 2014, when the city made the ill-fated choice to use the Flint River for its water while a new regional water authority is being constructed, rather than sign a pricey short-term contract with Detroit, which had been providing it water for decades. (It has been misreported that Detroit kicked Flint off its water system, leaving the city with no choice but to use the river. That’s not the case.)

At the time, many cheered the move as a historic step for the city’s self-sufficiency. But now, as the consequences of that decision have played out, some are questioning whether the state’s emergency manager law bears the blame for the crisis. A package of state bills emerged in November from state lawmakers attempting to reform how water is managed in the state — including proposed legislation from a Flint representative that would compel the state to replace the city’s corrosive pipes and provide support for children incurably harmed by the water. One Detroit pastor even attempted to launch a campaign to recall Gov. Snyder for “putting people at risk of injury and death” in Flint.

For his part, Flint’s former emergency manager — who is now in the same position with Detroit Public Schools — says that he is not to blame for the mess, because he was only carrying out the plan that the City Council and Mayor had approved before he arrived. (They did approve joining the new water system; there’s no record of them approving the use of the Flint River as a short-term water source.) Leaders, including Snyder, defend the emergency management law, pointing to jurisdictions where it proved to be an effective tool in supporting a city’s revitalization. That includes Detroit. While the Flint water decision turned out to be a debacle, they argue, one poor move does not indict the entire system, just as a poor decision by a mayor or city council does not mean that democracy should be declared a wash.

Perhaps not. But if the state is going to own its successes with emergency management, then it needs to own its failures as well. And that means taking responsibility for the public health crisis unleashed on Flint residents.

At the same time, it would be a mistake to singularly blame emergency management. Records show that the city falsified water reports. An official with the U.S. Environmental Protection Agency pointed out this summer that lead tests carried out by the Michigan Department of Environmental Quality skewed dangerously low — and internal emails show that staffers demonstrated alarming indifference as the crisis mounted.

There is, then, no shortage of blame to go around. Wherever it lands, Flint residents deserve accountability for being poisoned by their own water. Their best hope is the EPA audit announced November 10th that will analyze the state’s drinking water systems, a move prompted by requests for a federal investigation by U.S. Rep. Dan Kildee and State Senate Minority Leader Jim Ananich, both from Flint. The MDEQ has signaled its “full cooperation and transparency” with the process, and Snyder has also appointed a task force to review the way that MDEQ handled the switch. Reporters, too, are providing a public service by shaking out the backstory — including the disturbing news that a year before the water change in Flint, state and local officials knew its risks.

The more eyes on this, the better. Among the lessons that we continue to learn from what happened in Flint, Kildee said in an interview that it’s unwise to take a “bean counter” approach to managing cities. Running a business and running a government are fundamentally different — and therefore, they need fundamentally different approaches.

“You can bankrupt a business,” Kildee said. “You can disassemble a business. You can sell off the parts and put it away. Cities are human organisms.” Any urban solutions that forget that are doomed to failure.