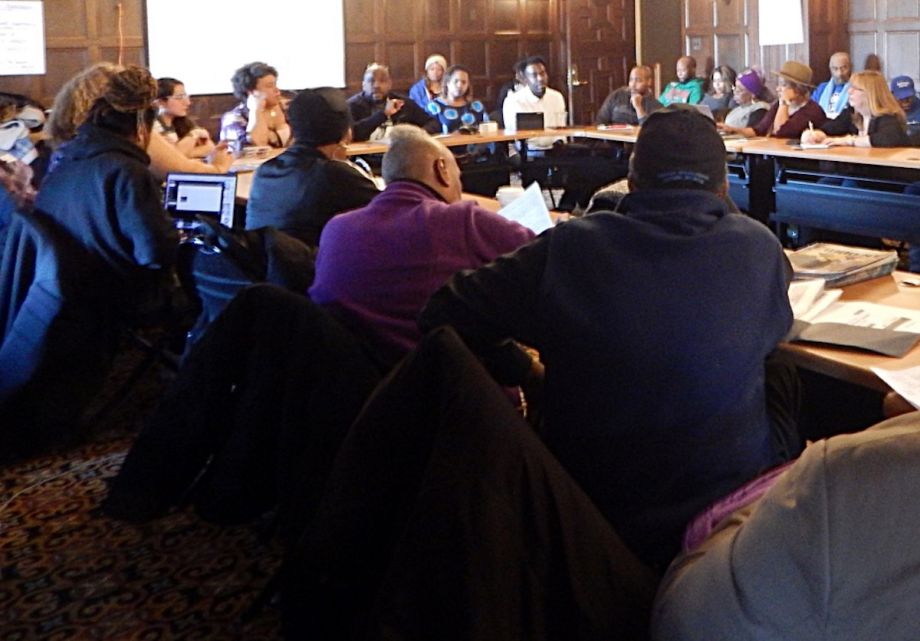 A collection of Chicagoland activists wants to ensure that, if and when marijuana is legalized in Illinois, mainstreaming the sale of cannabis includes an equitable distribution of related monetary benefits to communities hit hard by disinvestment and uneven drug enforcement policies.

The state has already decriminalized possession of small amounts of marijuana, and in a 2017 poll of 1,000 randomly selected Illinois residents conducted by the Paul Simon Public Policy Institute at Southern Illinois University, 74 percent of respondents either supported or strongly supported decriminalization of marijuana possession.

Demand for legal marijuana would far outstrip the capacity of licensed growers, according to a study conducted by Colorado consulting firm Freedman & Koski and commissioned by state legislators. According to the report, demand would average between 350,000 and 500,000 pounds annually, but growers would only be able to satisfy between 35 percent and 54 percent of the market. The shortfall would be at least partially responsible for keeping prices for legal marijuana higher than illicit street prices.

The Coalition is also pushing for correction of inequitable enforcement of drug-related laws in black and brown communities. Correcting this disparity is especially urgent for Anton Seals (a 2018 Next City Vanguard), chief steward of Grow Greater Englewood, a nonprofit that promotes sustainable food economies and green businesses.

“How many people will really get their records expunged? What will be the real impact of what they’re proposing as opposed to like, it sounds great but it may only impact 250 people. And then also out of those people re-enter into society, how do you pair them with what the economic opportunities are?” Seals says. 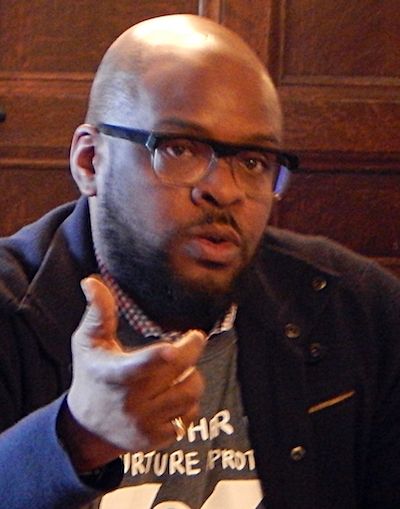 Seals has been involved with the legal marijuana industry for the past several years, performing consulting work for a medical marijuana dispensary located near Midway Airport on the southwest side of Chicago. He has also traveled to Colorado where he met with the mayor of Denver to learn more about legalization in the state.

The law in Illinois is still catching up with public sentiment. In 2016, former Illinois Governor Bruce Rauner signed legislation decriminalizing the possession of 10 grams or less of cannabis or related drug paraphernalia. Under the revised law, punishment for possession carries fines ranging from $100 to $200, rather than jail time. However, operating a motor vehicle under the influence of cannabis remains a criminal offense.

In August 2018, Illinois expanded its medical marijuana program when Rauner signed the Alternatives to Opioids Act. This landmark legislation allows individuals suffering from a list of “debilitating medical conditions” to obtain prescriptions for marijuana as an alternative to opioids such as oxycodone.

J.B. Pritzker, who became Illinois governor this year, has gone even further. Legalizing the manufacture and sale of marijuana had a prominent place on his campaign platform. Pritzker outlined a number of policy ideas aimed at not only legalizing marijuana, but also commuting sentences for individuals convicted under strict drug laws and ensuring that black and brown communities receive equitable consideration in the distribution of marijuana dispensary licenses. Pritzker mentioned potential revenue from the manufacture and sale of cannabis in his first budget proposal presented to the Illinois Legislature in February. There are two state bills under consideration to legalize marijuana.

The P.U.R.E. Cannabis Coalition has “come together to advocate around equity, not just the growing aspects, but the economic opportunities and influencing and advocating for what that looks like,” Seals says. “In particular when they say they want to give back, what does the give back look like? All the way down to the kind of nitty-gritty around the bill of where the revenues will go? Does it go back to general ops? And what percentages and what departments, how is all that going to be negotiated? Because if that’s the case, then black people won’t see any of that money. It will go right back to the coffers of, you know, a bureaucrat or controlling the outputs.”

The Chicagoland activists join a growing movement in cities across the U.S. that advocates for economic inclusiveness in the legal marijuana industry. Bodega owners in New York pressed to be included in talks about potentially legalized marijuana sales. District attorneys have announced plans to dismiss marijuana possession misdemeanors in response to findings that black and brown people experience higher rates of marijuana arrests than white people, even though marijuana use is consistent across races. After marijuana legalization in Massachusetts, a state agency launched a job training program aimed at helping marginalized residents start or work in marijuana-related businesses. Oakland has an Equity Permit Program aimed at making sure those who have been systematically targeted by past drug enforcement policies can now benefit from California’s legal marijuana industry. After critics charged that the program wasn’t doing enough to break down barriers to access — starting a business takes capital — the city of Oakland planned to apply for state funding to support more entrepreneurs in the Equity Permit Program.

“What we’re advocating for from our point of view is to make sure that those words meet actions, meet implementation, meets real equity benchmarks. In 10 years we’re not going to look behind and say ‘Oh, well, if we had only.’ And that seems like how we do a lot of public policy is ‘oh if we had only.’ I think that a big part of our work is trying to advocate what people want to see from the ground up,” says Seals.