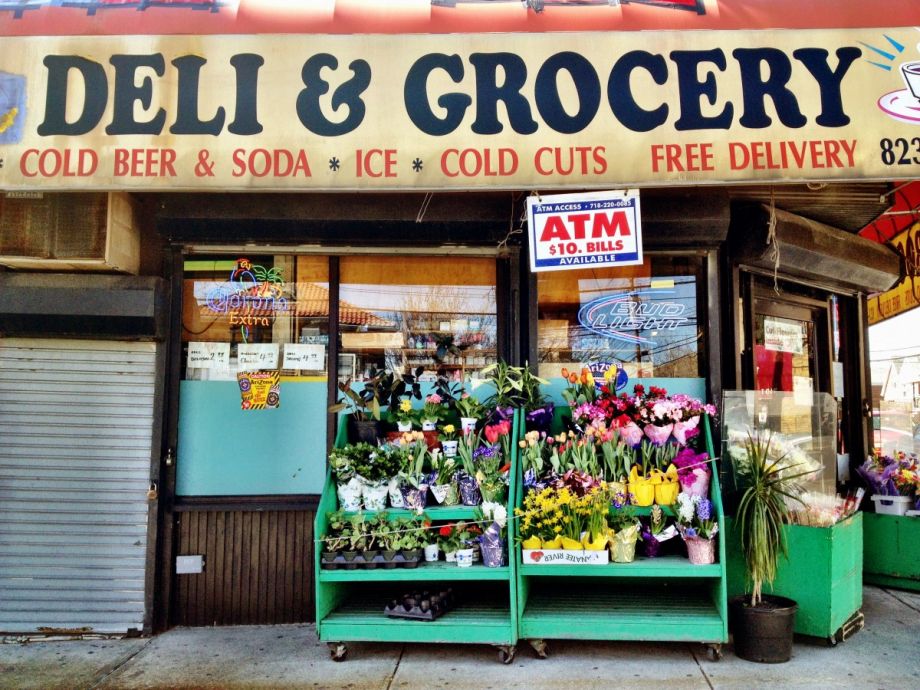 As New York state prepares to — probably — legalize recreational marijuana later this year, the city’s bodegas are saying they want a bite of the brownie.

United Bodegas of America, a national group, and bodega owners in the city say that the money from selling legal marijuana should “be shared with the underdogs,” ABC NY reports.

In a press conference held Sunday in front of a bodega in the Bronx, Fernando Mateo of United Bodegas of America said that bodegas are already “highly regulated … We sell cigarettes, we sell beer … There is no reason why we cannot be included in the packaging, distribution and sale of marijuana.”

Mateo is also described elsewhere as, variously, a “former cabby advocate,” a fundraiser for Mayor de Blasio, and co-owner of a restaurant that was deemed a “safety risk” by the state liquor authority last winter.

“Bodega owners are honest, hard-working people who employ over 100,000 people in the NYC area alone, we deserve to participate in this new opportunity. We have battled with people selling marijuana for decades in front of our stores,” United Bodegas of America President Radames Rodriguez said in a statement obtained by NBC 4.

At the conference, Mateo said that bodegas have drafted, but not yet sent, a letter to Gov. Cuomo asking that they be included in conversations about marijuana sales and legalization.

If bodegas begin to legally sell pot, the move could help offset some of the racial and socioeconomic disparities that have hit communities hard. Marijuana arrests have historically been concentrated in poor communities and communities of color, even though white people smoke weed at roughly the same rates as black and Hispanic people do.

Another option could be a bill that would ensure that half of marijuana tax revenue would go to community grants and reinvestment funds, Gothamist reported.

An unnamed person at the conference asked Mateo why New Yorkers should trust bodegas to responsibly sell marijuana. After all, many sell illegal drugs like K2 and smuggled cigarettes (the latter is particularly flagrant, with the Village Voice reporting that 60 percent of all cigarettes sold in the five boroughs are smuggled and untaxed, with bodegas being a prime market).

Mateo blamed bad apples, the New York Post said. “Any bodega that, uh, is selling loose cigarettes should lose their license. There’s always going to be someone who is corrupt. We all know that,” he said. “What we need to do is weed those people out.”

Not everyone is on board with the bodega plan. One employee interviewed by ABC NY said that bodegas would become more of a robbery target if they were known to have large quantities of something as valuable and portable as marijuana. This is one reason other states that have legalized the sale of recreational marijuana sell through heavily regulated dispensaries.

Other New Yorkers raised questions about the accessibility of marijuana, saying in essence that a couple dispensaries were no big deal, but to have marijuana on every street corner is something else.

“I think it’s a bad idea, because if you’re selling weed, you might sell it to younger kids, and that’s definitely not a good thing,” Earl Thompson, a parent living in the Bronx, told ABC NY.

Gov. Cuomo’s proposal to legalize marijuana would create an Office of Cannabis Management that would regulate recreational marijuana for adults 21 and over, and create licensing processes for growers, distributors and sellers, Gothamist reports. He has said he wants the legislature to vote on the proposal by April 1.