The Beloved, But Vulnerable, Bodega Worker

Op-Ed: When it comes to policies and protection, your local bodega isn’t getting as much love. 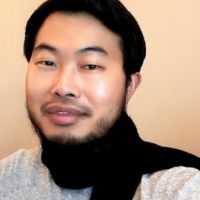 Bodegas are ubiquitous in New York City. It’s clear from popular culture and social media how much people love bodegas. When a Michigan transplant derided bodegas, online backlash was enough to get him fired. On TikTok, a charming bodega worker has become viral for his bespoke sandwiches made in “The Ocky Way.” Countless rap music videos are filmed at bodegas.

The magnetism of bodegas stem from their hospitable (and mostly immigrant) workers, their convenience, their iconic role in American urban life — and of course, their cats.

What we know less about, however, are the policies that affect bodegas. It is in this area that bodegas aren’t getting much love. We get a glimpse of the problem when violence makes news headlines, such as a recent incident in which a bodega worker in New York City’s Hamilton Heights killed a hostile customer. Here, bodegas become a place of conflict.

I empathize with bodega workers because I grew up in similar stores in Philadelphia. Two people were killed at my aunt’s corner store during a robbery and drug dealing. In another incident, an explosive device was thrown at my teenage cousin through a Plexiglas window. It is seldom stories like these are brought together to see a bigger problem in a policy landscape.

Bodegas must comply with laws and regulations that cut across city and state government. The reason is the products they sell. For example, prepared food and tobacco requires particular oversight by the city, while alcohol is largely overseen by the state. We colloquially refer to ‘bodegas’ as such stores but in legalese, bodegas are convenience stores defined by size and blend of products sold.

What do bodega workers need protection from? Convenience store workers, including bodega workers, experience high rates of workplace homicide. To put it into perspective, they are killed nearly at the rate that police are killed in the line of duty. Bodega workers are frequently victims of assault or witnesses of violence. Opening late and working alone makes them a perfect target for robbery.

Much of this information comes from the National Institute for Occupational and Safety Health (NIOSH). Cities are also aware of this. Often their recommendation is crime prevention through environmental design (CPTED), a range of programs that put the responsibility on bodega workers to prevent violence. The recommendations include changing interior and exterior lighting, using protective barriers and installing security cameras. The research also shows low uptake of these recommendations.

A possible reason is it puts workers between a rock and a hard place. Along with being expensive, such defensive design can diminish feelings of trust between workers and customers — a trust that plays a critical role in reducing animosity and increasing cooperation in neighborhoods. The 1992 Los Angeles uprising was a catalyst to rethink defensive design. Today, bodega workers go to great lengths to ensure customers feel they are cared for, according to a study by Dr. Adam Pine, associate professor at the University of Minnesota-Duluth.

Following the recent New York City bodega worker homicide, some bodega workers have begun a push for new gun laws and stand-your-ground laws for self-defense purposes. Others are instead calling for security cameras and neighborhood violence prevention programming. Before this incident, workers and community members have worked together on solutions beyond security, which gets less attention from national news outlets, policymakers, and occupational health researchers.

In New York City, the Yemeni American Merchants Association (YAMA), United Bodegas of America, and the Bodega and Small Business Group not only serve the interest of their members but also give back to communities. SABA Grocers Initiative and Inner-City Muslim Action Network (IMAN) in Oakland and Chicago, respectively, work with stores to create environments beneficial to both workers and customers. In Los Angeles, community activist Danny Park converted his parents’ convenience store into Skid Row’s People’s Market, which reimagines community ownership to include people who are homeless. While there are differences across these efforts, they share an emphasis on community relationships.

It is great that people defend bodegas against undue critique and celebrate The Ocky Way. The love is real, and it is massive. Bodega workers could use more love, though — a type that changes policy and prevents violence in an otherwise wonderful place.

Charles Chear is an assistant teaching professor at Rutgers University. He studies migration, work and poverty.