What Our Neighborhoods Don’t Say About Us – Next City

What Our Neighborhoods Don’t Say About Us 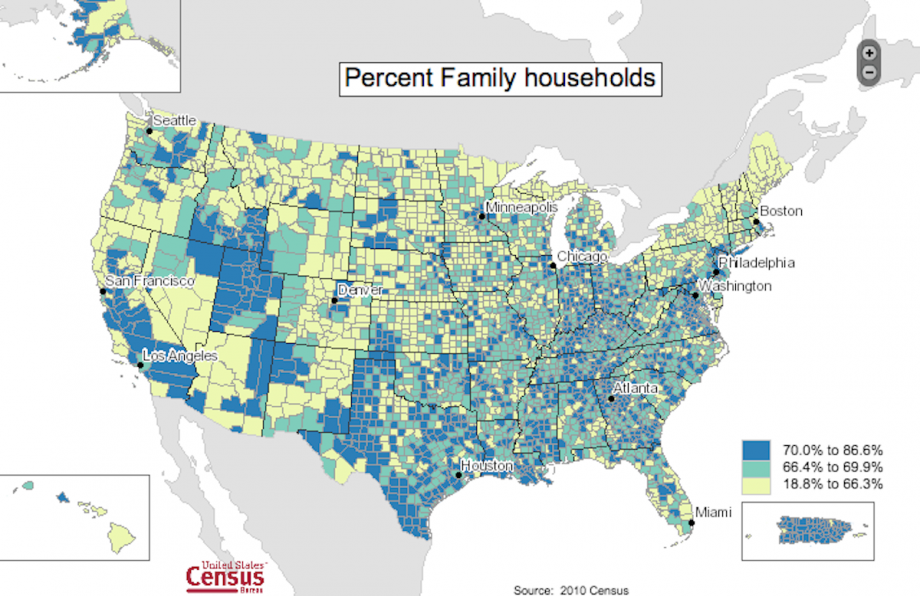 If you were asked to identify the boundaries of your census block, chances are you’d have no clue. After all, it’s an administrative unit that may have little to do with where you spend the bulk of your waking hours.

And yet, social scientists have long relied on these units (and census block groups, and census tracts, and so on) to try to parse out the effects of places on people. This is perfectly understandable: They want to know how different neighborhoods compare in terms of food access (Burger King or Whole Foods?), promotion of physical activity (are there sidewalks?), and vulnerability to crime (how many convicts in the block group?), to name just a few areas of research. And census data is a readily available source that helps to make sense of how these variations affect residents.

But increasingly, scholars are starting to look beyond these units to a more expansive kind of analysis, dubbed the “activity space” approach. The idea is to try to determine where people actually spend time and how this patchwork of places might influence their behavior and well-being. Taking into account how far we roam in a day has the potential to reveal more about the dynamic relationship in cities between people and place.

“Neighborhood-based research really has been contingent on administrative boundaries,” says Kathleen Cagney, a sociology professor at the University of Chicago. “We make assumptions about where you sleep and how that might affect your health.” But, she continues, “What we really want to understand is exposure. … Where do people go when they’re not at home? What do they consider the space in which they spend time?”

Almost a century ago, according to an article in Cityscape, sociologists noted that the rising use of streetcars and automobiles was reshaping the concept of a neighborhood. But an emphasis on activity space has only recently come into vogue in academia. Just since last year, several papers have strongly advocated this approach.

What accounts for the shift? Beyond mere common sense, some researchers were troubled by inconsistent findings in the literature about the impact of residential neighborhoods on health. What’s more, technological advances — GPS, smartphones, geocoded social media data, etc. — make it possible to conduct studies that were unimaginable even a decade ago. “When we are tracking people, we know every move people make,” says Cagney. Of course, as she notes, one risk is that the surveillance could distort choices about where to go. Subjects might opt for, say, church rather than the bar.

Such challenges notwithstanding, a number of illuminating findings (many chronicled here) have emerged from the focus on activity spaces. One Canadian study found that urban teens did the majority of their moderate to vigorous physical activity (presumably walking) while commuting, usually to school or to malls and restaurants; the authors concluded that “journeys between locations are as important as home and school settings.” Another study asked youths in Greater Boston to map their neighborhoods; the results differed from the census boundaries, and the teens got substantially more exercise in their self-defined stomping grounds than the official neighborhoods. These studies seem to confirm the value of more fluid construction of place.

Other research has looked specifically at where residents of low-income neighborhoods spend time. A 2011 study in Paris found that people who were more confined to their disadvantaged neighborhood were at greater risk for depression than their counterparts who more often ventured to other parts of the city. Another frequently cited study — which looked at survey data on where subjects shopped, attended church, worked and went to the doctor — found a “dose-response effect” in which greater exposure to more affluent environments led to improvements in self-rated health.

These findings are, in a sense, empowering for individuals — they suggest that people can make an effort to spend time in other neighborhoods and become better off. But the implications are also problematic: If residents avoid their own neighborhood, how will anyone ever invest in it? Corina Graif, a Penn State professor of sociology and criminology, acknowledges the thorny nature of the question, but notes that people can return home with useful knowledge.

“There’s a form of information transmission between neighborhoods,” she explains. For instance, people who spend time in less crime-ridden neighborhoods could learn relevant strategies. “Then they come back and spend 10 minutes talking to their neighbor: ‘How about we do this to control these burglaries?‘” The influence could also take subtler forms; if some denizens are healthier and happier, that could ultimately benefit the entire neighborhood.

The research doesn’t always yield clear, actionable answers, at least at this stage. And it doesn’t mean that we should jettison the census data, which can be extremely useful. But the hope is that we can supplement that longstanding approach with a more precise and personalized measure of place, which will serve as a starting point for generating solutions.

“Residential neighborhood is just one piece of a bigger puzzle,” says Graif. “That makes things complicated, but it also makes for a more hopeful story.”