Where No One Walks (Because There Is No Sidewalk) – Next City

Where No One Walks (Because There Is No Sidewalk) 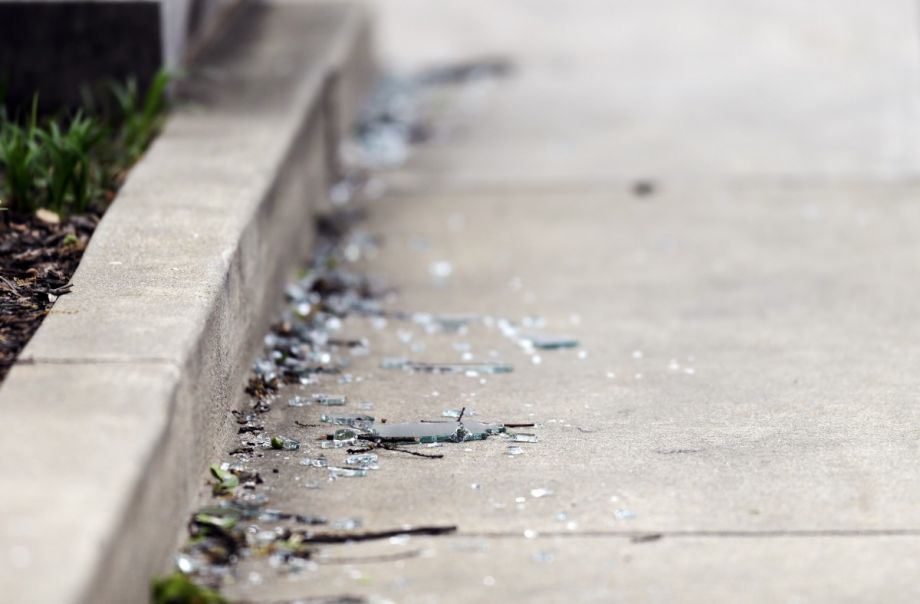 Sidewalks and crosswalks in Fairfax County’s Tysons Corner, a census-designated place built around office parks, freeways and a mall, are spotty at best. Christopher Leinberger is a senior fellow at the Brookings Institution who’s been studying Tysons for 30 years; he puts pedestrian conditions in bleaker terms.

“Walking around Tysons,” he says, “is an oxymoron.”

Leinberger recalls giving a speech at the Tysons Marriott. He made a bet that he could walk from the hotel to the mall, visible from the Marriott (and about a third of a mile, according to Google Maps). Surely, he reasoned, he could find at least one sidewalk.

Another time, he took a walk down a sidewalk he knew had been there for at least 20 years.

“It looked brand-new,” he recalls.

Sometimes sidewalks stop dead in the middle of the block or span only one side of the street. Leinberger has compared Tysons to other sprawl meccas like Perimeter Center on the outskirts of Atlanta and Costa Mesa near Los Angeles.

“Like every edge city, and it is the prototypical edge city, it was built to make the world a safe place for the automobile,” he says.

But with the light rail, mixed-use zoning and more housing, planners in Tysons want to shake that decades-old model. And as car-centric cities start to embrace light rail nationally, the plight of would-be walkers is gaining attention across the country.

Nodding to Shel Silverstein, the Austin Chronicle in July published a story called “Where the Sidewalk Ends.” With light rail possibly climbing the near-horizon, the Texas city’s walkways leave much to be desired.

Finding sidewalks beyond the central core is like a snipe hunt according to author Richard Whittaker.

“Dead ends,” he writes. “Orphan sidewalks, with a walkway in front of one house but not its neighbor’s. Dirt tracks by major roads. Nothing at all in many central neighborhoods, forcing walkers, commuters, runners, families with small kids and strollers, and people with disabilities out into the road, hoping that oncoming traffic sees them and steers clear.”

Another article with the same name examined Atlanta’s broken walkways last week. Both cities share a common history. For years in Austin, property owners — and not the city — were responsible for installing sidewalks, and many didn’t. In Atlanta, homeowners still shoulder the cost of maintaining sidewalks outside their dwellings — and many don’t. Atlanta’s city council may vote to change this by the end of the month.

Tysons has a similar story. For the last 15 years, Bruce Wright has navigated a network of codes as patchy as the region’s sidewalks. Now the chair of Fairfax Advocates for Better Bicycling, he spent the years between 2000 and 2005 serving on the local pedestrian committee.

“Because it was designed as an area where people got in their cars and drove, the county did not have strong requirements for sidewalks,” he says.

One example: Developers were required to build sidewalks on the side of the street adjacent to dwellings, but not the other side. But because sidewalks are an added expense, developers could file a waiver with the county and opt out. After half a decade of reviewing waivers, Wright saw a self-feeding loop of car dependence.

Along with Leinberger, Wright does see a more walkable future for Fairfax County. Light rail could massively transform its landscape, changing it from a freeway-fed office park to a dense suburb. And other private and public shifts bode well for walkers.

Tysons’ vast business district has housed the likes of Capital One, Freddie Mac and Gannett Company. Until about a decade ago, Leinberger explains, it was the place to be for top businesses and retail rents reflected its desirability. But eventually something changed. Real estate soared in more urban places like Arlington and downtown D.C., and companies began to move there, seeking a denser environment. So Tysons property owners voted to tax themselves to bring in amenities that would make it a desirable place to be once more — like a train. And hopefully, sidewalks to go with it.

Meanwhile, the county has allocated a high percentage of transportation funds to walkway infrastructure, echoing this need.

“It’s a massive experiment,” Leinberger says. “It’s going to be something we’re watching for decades as this monster of a suburban place converts to a walkable urban place.”

But for now, as the media was quick to point out in July, Metro riders may find themselves stepping off the Silver Line and wondering where to walk.