When Car-Loving Cities Start to Embrace Light Rail – Next City 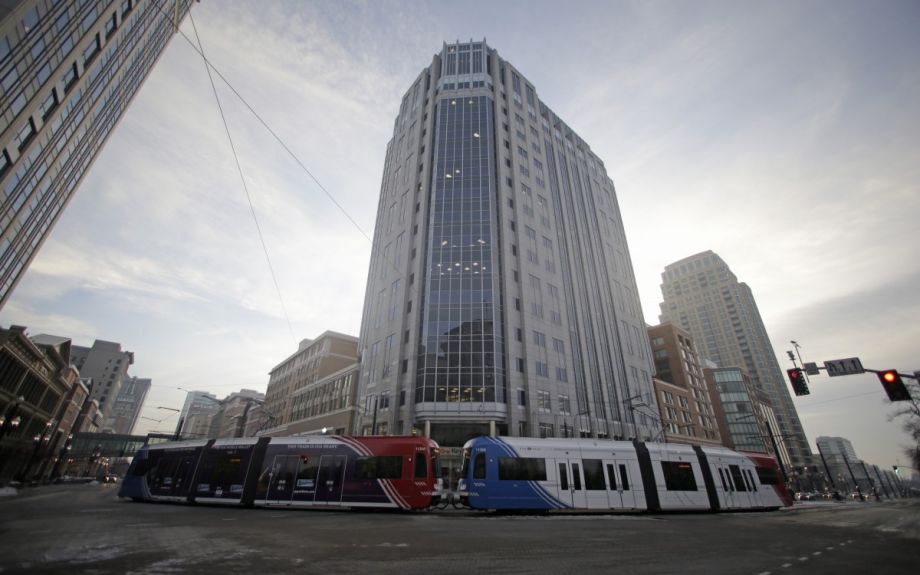 As in Denver, voters in these highway-dependant cities have approved massive rail arterials largely as inoculants against congestion. Whether their lines will actually unsnarl roadways is still a matter of debate; research has suggested that even with infrastructure alternatives in place, growing populations tend to fill freeways. But some ridership patterns, especially among students, present good news for lovers of both public transit and wide-open roads.

Los Angeles regularly tops national “worst traffic” lists, but a recent report assembled by George Washington University and Smart Growth America gave it a new spot of honor this year: One of the future’s most walkable cities.

That’s partly because of rail, according to Marc Littman with L.A. Metro. In the last two decades, Los Angeles workers have constructed four light rail and two subway lines covering 87 miles, and multiple expansions are in the works.

“We have a very conservative population,” says Hal Johnson with Utah Transit Authority. “We’re a red state, and more of our voters tend to like transit based on business rather than environmental concerns.”

The transit authority tried to fund its TRAX project with tax revenue in the early ’90s, but voters rejected the initiative. According to one report, protestors at the project’s groundbreaking several years later held signs reading “Light Rail Kills Children.” By 2006, however, voters did approve a measure directing tax funds to rail expansion.

Johnson says partnerships with the local business community have been key, along with outreach that emphasizes how rail actually benefits drivers.

“We don’t look at them as competing,” he says.

A clever UTA ad from several years ago demonstrates the utility’s tactic:

As CityLab reported in June, Denver has relied on similar strategies. After freeway-widening projects did little to ease congestion, voters turned to trains.

“Denver is a car town,” Phil Washington of the Regional Transportation District told the story’s writer. Later in the article he said: “From the start, we made it clear we weren’t competing with the car.”

But some research questions whether rail lines actually do thin roadway congestion. A much-cited study published by the Journal of Transport Geography examined data from light rail in four British cities over 10 years, concluding that train ridership comes mainly from buses instead of cars. The study also pointed out that as some cars left the road for public transit, others took their place.

In Seattle, Geoff Patrick with Sound Transit outlines the nuances of marketing rail. Voters passed a tax increase to expand the region’s rails in 2008 but, because of factors like those listed in the study, the agency has tried not to make promises it can’t deliver.

“People who ride a train or bus are not competing for clear roadway space — that’s clear and irrefutable,” he says. “Where I think you need to be careful is in creating a promise that traffic will recede from its current levels.”

Congestion can be tied to so many things: driver patterns, bus service and development density, to name only a few. It’s difficult to prove overall that one factor reduces it. But regional reports on the subject do show some interesting trends.

For example, researchers from the University of Utah and the National Institute for Transportation and Communities released a joint report in June examining Salt Lake City’s rail.

“Our calculations show that without the University TRAX line, there would be at least 7,300 more cars per day on 400/500 South, and possibly as many as 21,700 additional cars,” a press release for the study states.

Albert Santana, a Phoenix light rail project administrator, says the region’s new system has been more successful than even the agency hoped. Their goal was to serve 26,000 riders a day, but so far they’ve drawn nearly 45,000 riders a day — a figure they’d hoped to have by 2020.

Santana believes the reasons echo Utah. Around 35 percent of Metro’s ridership comes from students, he says.

These figures may not demonstrate a universal fix for congestion right now, but carless culture skews young. Over time, light rail’s thinning effect on nearby roadways will likely be magnified.

“The youth these days are not rushing out to buy cars,” he says.