L.A. Transit: Breaking Down the Enemies, the Lawsuits and the Future – Next City

L.A. Transit: Breaking Down the Enemies, the Lawsuits and the Future 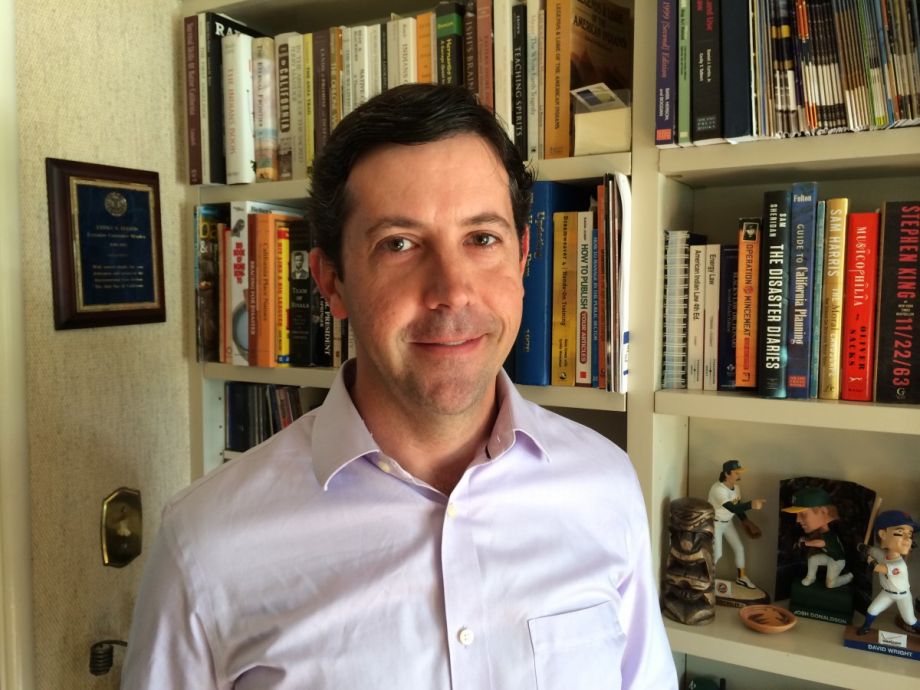 Regarding the development of L.A. rail, Ethan Elkind says, “They really should’ve started with a heavy rail subway down Wilshire Boulevard.”

Ethan Elkind, an environmental attorney and professor at UCLA, just published a book on the history of rail in Los Angeles, “Railtown: The Fight for the Los Angeles Metro Rail System and the Future of the City”. I spoke with him by telephone on Monday about his book, the history of rail in L.A., and his desires for the future of transit in America’s second-largest metropolitan area.

One recurring theme of your book is that politics, not ridership or cost-effectiveness, often determines rail priorities in Los Angeles.
What would happen is that the staff and politicians would figure out where the density was and sketch out a map of the best routes. But then, once you started from that base, you ended up with political compromises that ended up twisting it. They just ended up getting gerrymandered, and the best lines weren’t always chosen over some of the more under-performing lines.

If you could start over and there were no political considerations, and you could base it purely on ridership and cost-effectiveness, what do you think would’ve been the sequencing of the network?
They really should’ve started with a heavy rail subway down Wilshire Boulevard, going at least as far as Westwood. And it should’ve had 10-car train platforms instead of the six-car platforms they have now.

I know that the Beverly Hills School District is still fighting the Purple Line subway, but it seems like this is the last gasp of anti-rail NIMBYism in L.A. County and the Westside.
I think a lot of the real heyday of NIMBY activism has passed to some extent. Just getting the Expo Line routed out to Santa Monica, past some neighborhoods that were really vehemently opposed — the fact that that happened is a good sign.

Now a lot of the debate is focused around specific alignments and specific station areas. A great example is what just happened in Santa Monica, where residents came out against a planned office and housing complex along the Expo Line, and got a ballot initiative qualified. And it basically convinced the city council to back off from that project.

The most surprising part of the book was the crucial pro-rail vote cast by Wendell Cox in the early days of rail in L.A. Obviously he’s turned into a bitter foe of rail — do you know anything about his change of heart?
I haven’t really tracked his evolution on it. My guess is that his role in the L.A. system somehow made him change his tune. Certainly there is a lot to be critical of with the L.A. rail system, but I think that the point that I was trying to make in the book is that it’s still very much a work in progress, even though it’s been decades and billions of dollars have been spent.

Another theme of your book seems to be the role of the courts in shaping transit in L.A.
There have been a number of lawsuits against the rail lines based on environmental reviews — the California Environmental Quality Act [CEQA]— and for the most part Metro has been successful. But it has affected the system, more in a micro way, like where stations have gone, or when they’ve had to build an overpass as opposed to continuing on at street level.

For example, Compton sued when the Blue Line was being proposed through their city, and they got a pretty expensive overpass to keep it out of traffic. It’s nice to have that safety and there’s also speed for riders, but it comes at a huge cost. All those little lawsuits and challenges ultimately prevent the region from doing more with the resources it has.

In your book, every time a Republican makes an appearance, I’m always waiting for them to push for something cost-effective, or oppose some sort of wasteful spending, and it never seems to happen. It seems like they’re either opposing good projects on the Westside, or pushing not-so-great ones in the San Gabriel Valley, for example.
It is too bad that Republicans didn’t have more constructive ideas with the L.A. rail system. They tended to take a very oppositional attitude and just looked at rail as wasteful spending, without coming up with a lot of great alternatives. And then you had a few rare exceptions, like David Dreier, who did like rail, but they’re unfortunately coming from a suburban base. He was proposing a rail line that was not going to serve a very high-ridership area.

There’s a lot of very cost-effective steps that government could take to alleviate the traffic in L.A., and L.A. does not have to wait decades and decades for a few new rail lines to become available. They could take some cost-effective steps now, and I think Republicans would have been logical champions for some of those reforms, and probably could’ve convinced some Democrats to come along. But I think they really missed the boat in a lot of ways.

What do you think should be the next transit priority for rail in L.A.?
Metro has laid out its list of rail transit projects that it wants to fund over the next 30 years, and there’s a whole bunch under construction now, so we’re seeing a wave of projects getting completed. But absent new revenue, I don’t think they’re going to be able to build many more lines than what they currently have in the immediate pipeline.

That’s too bad, because I think the immediate priorities are to extend the subway all the way out to Westwood, and possibly out to the Veteran’s Administration Medical Center, which is farther west, not all the way to the sea but close. And then they really should have a light rail link through West Hollywood, which they don’t have right now. Currently the Crenshaw Line is slated to end at the Expo Line, but it should go all the way up to the subway and then through West Hollywood. The priorities should really be blanketing the more densely populated Westside with rail.

Those are all the questions I had. Anything I missed?
Now that L.A. has built a good first chunk of the system, I think the key for the region is to fill in those neighborhoods around the station areas and allow more dense development to happen. And that’s a whole other political battle that I think needs to happen. It’s really the missing piece of the story.

Where do you think the development should go, specifically?
The Westside is the prime area. Real estate is at a real premium there and there’s a shortage of new homes, particularly with all the new jobs that communities like Santa Monica have allowed to come in without corresponding increase in housing. Culver City is doing some good things but we could see some more there. And Hollywood and along the subway, Vermont Avenue especially. It’s all low-rise-type buildings, almost as if the subway was never going through there; it doesn’t feel like anything new has really happened in some of those corridors. So I would say around the subway and Expo Line.