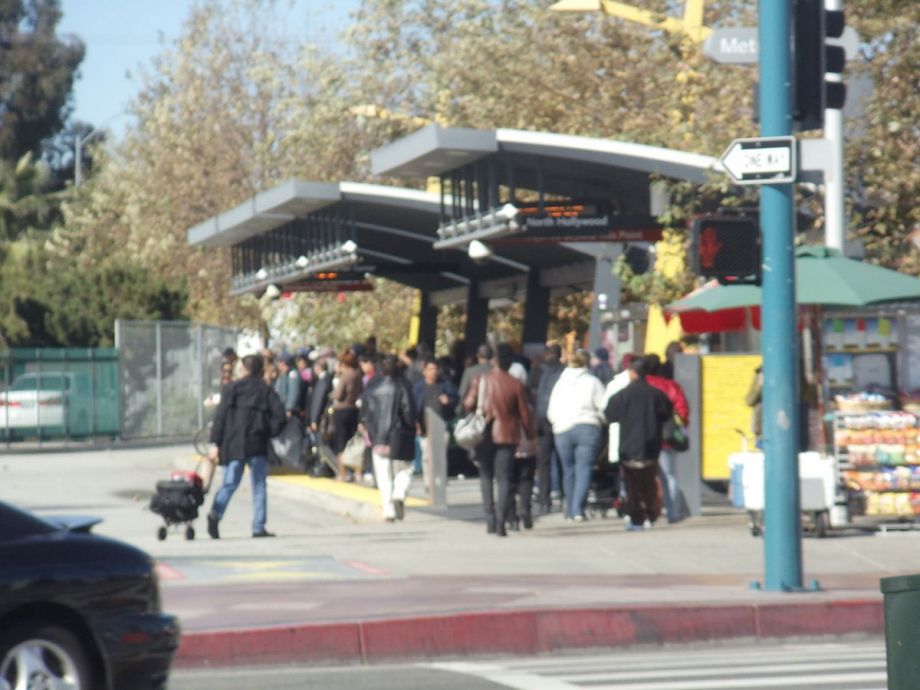 Legal Barrier to San Fernando Valley Light Rail Removed
It’s been a bumpy ride for advocates of rail transit in Los Angeles’ San Fernando Valley. Business leaders in the sprawling district northwest of downtown Los Angeles have long wanted a light rail line connecting North Hollywood, where the Metro Red Line subway ends, with Warner Center in Woodland Hills, but opposition from local residents has stood in the way of that goal.

Until this past week, when California Gov. Jerry Brown signed a bill that repealed a 1991 law mandating that any rail construction in the Chandler/Victory Boulevard corridor be underground.

The law, known as the “Robbins bill” after its sponsor, then-State Sen. Alan Robbins, was passed at the behest of North Hollywood and Van Nuys residents who objected to the noise that trains operating on the proposed Valley light rail line would produce. Because of the law, the Los Angeles County Metropolitan Transportation Authority (LACMTA) opted instead to construct a bus rapid transit line along a former Southern Pacific Railroad/Pacific Electric Railway right-of-way that closely follows Chandler and Victory boulevards. The Metro Orange Line opened from North Hollywood to Warner Center in 2005; a branch from Canoga station to Chatsworth and a connection with Metrolink’s Ventura Line opened in 2012.

According to a Los Angeles Times news report, the Orange Line has won praise as a cost-effective way to provide rapid transit service in a relatively low-density environment. Ridership since opening has climbed steadily to 30,000 boardings daily.

The Valley Industry and Commerce Association, the Times reports, says the Orange Line is now choking on its own success and that light rail is the best solution to crowding on the route. Light rail, it says, is “the only mode of transportation that will get a large enough number of people out of their cars to lessen traffic on the 101 and 405 freeways.”

Repeal of the Robbins bill, however, is only the first step toward the business group’s goal. Currently, neither plans nor funding exist for a light rail replacement for the Orange Line: LACMTA has no plans to extend rail service beyond North Hollywood in its current 10-year construction plan, and Measure R, a sales tax passed to pay for rail construction, does not raise enough to add such service. That doesn’t faze City Councilman Paul Krekorian, who also sits on the LACMTA board and will ask the agency to study light rail in the corridor this month. “Opening up the possibility of light rail on the Orange Line is a critical first step toward reshaping transit throughout the Valley,” Krekorian told the Times. “Residents want and need the increased efficiency and connectivity that light rail offers.”

India to Build High-Speed Rail Network and Invite Foreigners to Invest in It
The new BJP-led Indian coalition government has released a plan to build a network of high-speed passenger rail lines connecting the country’s major cities. New Railways Minister Sadananda Gowda announced the “Diamond Quadrilateral” project in a July 8th speech to the Indian parliament in which he presented his first railways budget.

India’s Economic Times reports the government seeks to raise 9 lakh crore rupees ($2.9 billion U.S.) to build the network of routes that will allow passenger trains to operate at 160-200 km/h between Mumbai, Delhi, Kolkata, Chennai and other large Indian cities. The initial segment, which will connect Mumbai with Ahmedabad, will cost 100 crore rupees ($16.6 million U.S.) to build.

The government plans to rely on partnerships between state-owned Indian Railways and the private sector to build the network, and pursuant to that goal, it will also open up the national railway system to foreign direct investment, once a touchy subject in a nation that for years sought to protect its own industrial sector.

According to the International Railway Journal, India will allow up to 100 percent foreign direct investment in railway projects without the need for India’s Foreign Investment Promotion Board to approve the funding first under the new government’s proposal. This move would also allow Indian Railways, which has been operating at a deficit in recent years, to catch up on a backlog of other improvement projects for which it cannot raise funds within India.

Service Restored on Jerusalem Light Rail; Five Stations Remain Closed
Following up on last week’s report on the shutdown of light rail service in East Jerusalem, Israeli news channel Arutz Sheva reports that the Jerusalem light rail line is once again operating from Giv’at HaMivtar station to the park-and-ride station at Pisgat Ze’ev. However, trains are skipping the three stations serving East Jerusalem’s Arab neighborhoods until they are rebuilt. Two of the three — Shuafat and Beit Hanina — were destroyed in three days of rioting following the murder of a Shuafat resident whose burned body was found in a wooded area in West Jerusalem. Arutz Sheva reports that the stations will require several weeks to rebuild at a cost of “several million shekels.” No word as of now on when service will return to the two northernmost stations on the line.