An L.A. bank is set to pay $31 million to the Justice Dept. over redlining. 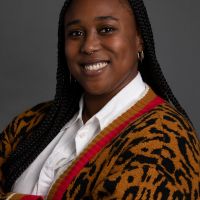 IRS Audits Poorest Families At 5.5 Times The Rate For Others

A new report from Syracuse University found that just 1 in 100 millionaires was audited by the IRS in 2022. Of the 703,576 tax returns filed last year that reported an income of $1 million or more, about 689,000 did not face an IRS inquiry.

As Syracuse’s Transactional Records Access Clearinghouse puts it: “The odds that millionaires received a regular audit by a revenue agent (1.1%) was actually less than the audit rate of the targeted lowest income wage-earners whose audit rate was 1.27 percent!” Low-income workers taking the earned income tax credit were audited at a rate 5.5 times higher than Americans in almost every other tax bracket.

On a related note: While it has little to no chance of passing, the House is set to vote on the Fair Tax Act, which proposes abolishing the IRS and overhauling the entire federal tax system. While it might sound appealing to replace our complicated system of income and other taxes with a straightforward 30% consumption tax, as Mother Jones explains, doing so “amounts to a tax cut for the wealthy, whereas folks living paycheck to paycheck would face a substantial tax increase.”

A 60-year old rule protects unions from lawsuits when workers exercise their right to strike. But a case that was heard by the Supreme Court this week, Glacier Northwest v. International Brotherhood of Teamsters, might upend this rule. This is an unremarkable case, writes Vox’s Ian Millhiser, but “the stakes for unionized workers could be enormous.” The ruling could open unions up to being sued by their employers when they strike.

The case has been seen as an attack on labor unions. But Slate notes the stakes might be even higher: “The case is yet another test of whether the Supreme Court’s conservative supermajority will continue to act illegitimately by relying on questionable reasoning to enact partisan policies through its rulings,” write labor lawyer Jenny Hunter and Terri Gerstein, director of the Project on State and Local Enforcement at Harvard Law School’s Labor and Worklife Program.

The Washington Post reports that the U.S. Justice Department announced a $31 million settlement with the Los Angeles-based City National Bank over charges that it engaged in redlining in L.A. County. Officials say it’s the biggest financial award in a redlining case ever.

Officials say that from 2017 to at least 2020, the bank avoided marketing underwriting mortgage lending services in predominantly Black and Hispanic neighborhoods of Los Angeles County and discouraged residents from applying for loans. City National opened just one branch in these neighborhoods over the past 20 years, and did not assign an employee to generate mortgage applications there – like it did in the 10 branches in mostly-white neighborhoods which it opened or acquired during the same time frame.

The Justice Dept. says City National will invest at least $29.5 million in a loan subsidy fund for communities of color in the county, will open a branch in a mostly-Black and Hispanic neighborhood, and will assess needs for lending services in these communities.

Aysha Khan is senior editor at Next City.

Follow Aysha .(JavaScript must be enabled to view this email address)

Deonna Anderson is Next City's editorial director. An award-winning journalist, she has served as a senior editor GreenBiz and worked with YES! Magazine, KLCC (an NPR affiliate station in Eugene, Oregon), The Lily, Atmos and other media outlets. Anderson is an alumna of the University of California, Davis and the Craig Newmark Graduate School of Journalism at CUNY. She lives in the Bay Area. She was also Next City's 2017-2018 Equitable Cities Reporting Fellow. Follow her on Twitter @iamDEONNA.

The Latest in Banking Reform for the People

Housing in Brief: Nearly 1500 Unhoused LA Residents Died On The Street During the Pandemic