Researchers go inside their digital neighborhoods. 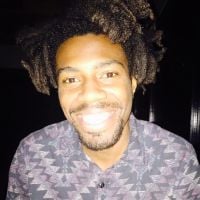 Students walk through the hall of a Philadelphia school. (AP Photo/Matt Slocum)

Talking to 60 Philadelphia youth between the ages of 13 and 24 about social media was an eye opener for Robin Stevens. The assistant professor of nursing at the University of Pennsylvania was surprised by how much she didn’t know — from the posting of pictures to “reveal” people as “sluts” or “whores,” to the ubiquitous drama of Facebook.

Knowing 95 percent of American teenagers use social media, according to a Pew study, Stevens and her fellow researchers set out to ask black and brown kids in Philadelphia about how the digital world intersects with their real-world social interactions and vice versa. Of the group they interviewed, 16 percent said they rarely or never used Facebook, and more than half (63 percent) said they frequently used it. In contrast, most said they didn’t feel safe in public spaces near where they lived, with only 9 percent saying they frequented parks and basketball courts.

Stevens, who is also director of Penn’s Health Equity & Media Lab, and her team found that social media is a vital third space for youth that provides a helpful counter to the lack of public spaces disproportionately felt by youth of color. However, Stevens found that social media can also magnify the negative aspects of the real neighborhood and conflict online can turn into a physical confrontation offline.

“In school one time, a girl was arguing with another girl on Facebook. I guess she said something about her picture, and she brought it to her attention at school and they ended up fighting, and it was really crazy,” said one 16-year-old girl interviewed for the study.

While social media has been very notably used in the last couple years to increase social engagement and advocate for social change, particularly around criminal justice issues, the researchers found that Facebook can also act as a news center for youth that publicizes the more negative aspects of an environment, possibly making the neighborhood seem more dangerous than it is.

“It’s way worse. In the beginning we were all just fresh in high school. Everyone just go on there to get in contact with people if you don’t have their number,” said a 19-year-old study participant about how Facebook has evolved as he has been growing up. “Now, everybody out. They use it to meet up somewhere, to fight somewhere, everything. Post videos of fights. You can do anything on Facebook.”

The youth said they looked to other social media sites like Twitter or Instagram to avoid some of the drama of Facebook, but the price of avoidance can be missing out on the positive social networking aspects that Facebook offers. It also means the loss of another social space, a precious commodity in disinvested neighborhoods.

While studying digital spaces and street life in Harlem for five years, Rutgers professor Jeffrey Lane examined social media as an intervention tool for violence on the street. A local preacher leveraged his social media connections and interpersonal connections to mediate conflicts before they started and predict where fights would happen and mobilize adults to intervene.

Both Stevens and Lane want to encourage parents and those who care about young people to have conversations with youth about social media. While warnings about how “nothing online is ever truly erased” have been shouted for years, black and brown youth especially need to hear that message because of racial inequities when it comes to Big Brother.

“It feels silly to put this on the kids to be more mindful when they’re being disproportionately surveilled,” Lane says, “but the consequences of what they place online are heavier.”

Stevens hopes developers of sites like Facebook consider platform misuse at a design level — fostering an interface that incentivizes positive user behavior and allows teens to stay connected without being subjected to overwhelming negativity that bleeds into the real world. She also plans to continue researching the social media lives of youth that’s often invisible to the adults around them and discover the quality and content of social media across diverse groups.

Donte Kirby is a writer born and raised in Philadelphia, and writes for publications like Jump Philly, Technical.ly Philly and Philadelphia Weekly primarily as a reason to get out the house. See some of the reasons he's left the house at dontekirby.com.

Follow Donte .(JavaScript must be enabled to view this email address)