Op-Ed: Redistributing power requires everyone to pay their fair share. 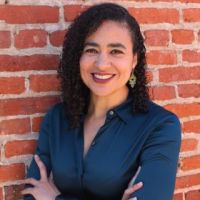 Policy is personal. It determines who has the freedom to live the life they want and who does not. It can move food on or off a family’s table; a teacher in or out of a child’s classroom. Policy — really, policymakers’ choices — can be a tool for oppression or a tool for liberation. And tax policy is no exception. Places across the country including Washington DC are demonstrating the power of progressive tax policy to address the racial inequity and injustice that Black people and other communities of color have endured for generations, and continue to experience today.

Some of the earliest state and local tax policy systems took shape in the Southern states where, particularly in the post-Reconstruction period, wealthy white landowners employed an array of strategies to maintain racial and economic dominance. Terror and violence toward Black people were the worst of it, but white supremacist ideology was also deployed through other tactics, including economic policies and narratives that limited taxes on the wealthy and essentially defined taxpayers—those most deserving—as white people. State and local tax systems continue to be overwhelmingly regressive and even in progressive places like DC, the wealthiest still have paid a lower share of their incomes in taxes than everyone else.

As a tool for liberation, tax policy would then take aim at the anti-Blackness embedded within our tax systems by raising taxes on the predominantly white, wealthy households that have been economically privileged through the historic and ongoing oppression of Black and Brown people. The revenue raised would be dedicated to public investments that predominantly aid Black households that are struggling to get by and are systematically denied, over generations, the fruits of their labor.

This year, as we approach the third year of an ongoing pandemic and recession, DC became a model for where we can go, together, when we ask our highest-income residents to pay more of their fair share in taxes and use that money to get on the road to racial justice — which includes repairing the racially disparate harms of the COVID-19 crisis.

The Power of Tax Justice as Racial and Economic Justice

The American Rescue Plan offered our city an unprecedented opportunity to “build back better,” AND, as many advocates and far too many residents knew, DC’s longstanding and deep inequities — especially regarding race, ethnicity, and immigration status — required that we go even further. Building back better wasn’t enough for the people of color who call DC home; we had to build back anew. To really build a just recovery and future, we had to commit to ongoing investments in more transformative change. That meant raising taxes on the residents who traversed this pandemic and so-called K-shaped economy relatively unscathed and, in many cases, witnessed their wealth grow.

We needed a step toward tax justice for racial justice. And we got it.

The city’s majority Black and Brown population, and especially those struggling on low incomes, face structural barriers to affordable housing, quality education, decent employment and wages, and good access to public benefits. This was the reality before the pandemic and even more so since. Consider the facts particular to this crisis that are at the same time very deep rooted:

It took all of us — advocates, organizers rooted in Black and brown communities, parents, early learning professionals, formerly homeless residents, otherwise impacted people, wealthy folks, philanthropy, and key champions on the D.C. Council — to address these realities and the exacerbating effects of the COVID-19 crisis. Many voices with a unified message about tax justice and a just recovery ensured a Council-approved budget that supports the unemployed and workers excluded from unemployment insurance and federal relief; increases funds for “at risk” students and school mental health services; and expands paid family and medical leave.

These voices ensured that the revenue generated by a tax increase on D.C.’s wealthiest will go toward funding to house 2,400 people and families who are experiencing homelessness, vastly boost the incomes of 40,000 working families with a massive expansion of the D.C. Earned Income Tax Credit, and increase wages for thousands of underpaid early educators in childcare settings. All of these gains are game changers for our collective liberation, but they predominantly benefit Black and Brown residents sidelined by racism and economic exclusion — as they rightfully should.

This is only the beginning. The momentum built over the course of the pandemic can be leveraged for much more transformative change. A just recovery can give way to a just future with a tax system adequate to support economic liberation for Black and Brown people in the District. We can be the city where truly every human is free from struggle and has what they need to live to their fullest by putting the needs of Black people at the center. We can end homelessness, build community-driven housing affordability, guarantee jobs and income, advance reparative policy in our most neglected communities, protect D.C.’s longstanding Black residents from the onslaught of gentrification, and become the 51st state (finally gaining full civil rights and much foregone revenue because of limits on our taxing authority).

What we’re after, and what the lives and livelihoods of people of color depend on, is a tax system that embodies racial justice both in its design and in the public investments it provides. This will give us the power to put liberation not just within our reach — but in our hands.

Erica Williams is the executive director of the DC Fiscal Policy Institute.

Hear Us: Shifting Capital Isn’t Just About the Amount. It’s About Who’s in Control.

Hear Us: We Are Reclaiming Our Political Power in the Struggle for Progress

Hear Us: Moving Forward As We Mourn