Op-Ed: Erasing racial disparities in opportunity and outcome creates a more prosperous future for everyone. 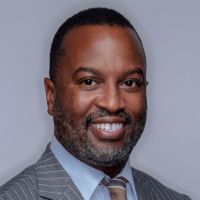