When Landlords Weren’t Listening, These Tenants Went After Their Bankers Instead – Next City

When Landlords Weren’t Listening, These Tenants Went After Their Bankers Instead 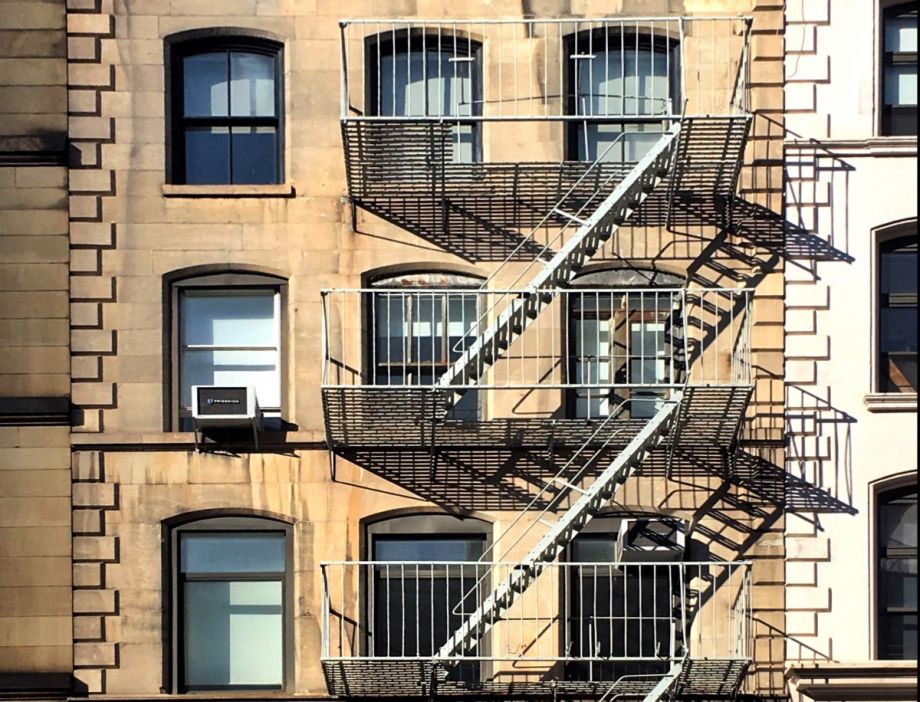 When New Yorkers have a complaint about a negligent or belligerent landlord, sometimes they call Rajiv Jaswa, an attorney with the Community Development Project of the Urban Justice Center, a New York City legal aid nonprofit. And when Jaswa starts his research to find out whether the tenants have a legal case, he reads up on when the buildings last changed hands.

“It’s part of our own due diligence,” Jaswa says. “I look up building violations, and I look for whether the building has changed hands recently. We started noticing that certain mortgage agreements had language that sets aside a portion of the loan money to the landlords, dedicated exclusively to tenant buy-outs or [major renovations].”

The end goal with the buyouts or tactics like oddly timed and messy renovation work was to activate loopholes in rent regulation laws that would remove units from rent-regulated status, making them market-rate units instead. As Jaswa looked closer, and as more tenant associations kept coming to him and his colleagues, it turned out things were even worse than they first realized. Multiple landlords across the city — who could often be found on the city’s annual Worst Landlords List — were getting loans including these buy-out funds from multiple banks. Some loans even contained incentives for increasing the rental income from the building faster than what could be predicted based on average apartment turnover.

Even with New York City recently passing 17 new laws aimed at stopping landlords from employing such tactics, and tenants fighting at the state level to close the rent-regulation loopholes entirely, no bank has ever been penalized for making loans including these terms. Banks could even get brownie points from federal regulators for these loans if the buildings happened to be located in low- or moderate-income census tracts.

“Banks continue collecting these mortgage payments, they still profit off of these arrangements … while everyone else suffered,” Jaswa says.

It’s not clear which bank was the first to start making these kinds of loans to these kinds of landlords, but by virtue of its place as one of the most prominent lenders to residential landlords, New York City-based Signature Bank often turns up on the documents that Jaswa comes across. This quarter, federal regulators are conducting a regularly-scheduled examination of Signature Bank for its compliance with the Community Reinvestment Act. Tenants and housing advocates are asking regulators to consider the negative impact of these loans as part of this examination as well as future examinations of all banks, in New York City and beyond.

“It’s a small step,” says Jenny Moon, one of the rent-regulated tenants who has resisted buy-out offers and survived hazardous renovation conditions while living in a Signature Bank-financed building. “In the end, if we can force Signature to change some of their practices, that would be amazing. Anything I can do to prevent this coming to others is something that I’m interested in doing.”

New York City’s 1,700 bank branches hold $1.2 trillion in deposits. Under the Community Reinvestment Act, banks are required to meet the credit needs of the communities where they do business, especially low- and moderate-income communities. The law was one of a series passed at the tail end of the civil rights era, reflecting the progression from political rights to economic rights. These later civil rights era laws included the Fair Housing Act of 1968, Title IX in 1972 and the Equal Credit Opportunity Act of 1974. The CRA was the last, passed in 1977.

But the CRA has been limited in some important ways. Despite its ties to the civil rights era, the law itself was race-neutral. It required banks to meet the credit needs of low- and moderate-income communities, but it didn’t say much more beyond that — it doesn’t say anything about meeting the credit needs specifically of the black, Latinx or other ethnic groups that had previously been systematically denied access to mainstream banking and credit based on their race and ethnicity.

In implementing the CRA over the past four decades, regulators have simply assumed that requiring banks to serve low- and moderate-income communities on a geographic basis would result in those communities getting access to credit — which has proven to be a poor assumption. Despite clear data showing continued and widespread racial disparities in access to capital, regulators issue passing grades on 98 percent of CRA examinations.

So it’s not always clear who benefits when it comes to the loans that regulators give CRA credit to banks for making. In its last regularly scheduled CRA examination, covering loans made in 2014 and 2015, Signature Bank got a passing grade, in part because of the 972 multifamily building loans it made, 695 (71.5 percent) went to buildings in low- and moderate-income census tracts. But it’s not clear whether any of those were loans like those that Jaswa and Moon have been organizing against.

Despite its shortcomings, the CRA does have some teeth. Federal banking regulators can deny applications for mergers or new bank branches on the basis of non-compliance with the CRA. They can even put restrictions on a bank’s growth until it can show it is meeting all of its legal obligations — as former Federal Reserve Board Chair Janet Yellen did to Wells Fargo on her penultimate day holding that office. Restricting a bank’s growth is one of the rarest but most feared actions banking regulators can take.

Local action is also possible. New York City requires banks handling city deposits and payments to have a passing CRA grade. Since Wells Fargo failed its last CRA examination, New York City has closed down 74 out of 99 bank accounts and pulled out 93 percent of its deposits at Wells Fargo. Meanwhile, NYC currently has more than $87 million deposited at Signature Bank.

Getting federal regulators to evolve in their understanding of what it means to “meet the credit needs of the communities where they do business” is an ongoing, Sisyphean task. Wells Fargo’s series of nationwide, headline-grabbing scandals forced regulators’ hands.

But regulators do take comments on every CRA exam — the Federal Deposit Insurance Corporation, which is conducting Signature Bank’s CRA examination, takes comments right on its website.

As senior campaign analyst at the Association for Neighborhood and Housing Development, a membership organization of more than a hundred affordable housing developers and tenant organizing groups in New York City, Jaime Weisberg has helped draft dozens of comment letters on CRA examinations over the past few years. Pretty much all of those letters have some language calling out the kinds of loans that folks like Jaswa and Moon have been asking banks to stop making.

Weisberg’s most recent letter, for Signature Bank’s current CRA examination, is one of the longest yet, at nearly 9,000 words. That’s in part because she has been working with tenants like Moon and lawyers like Jaswa for years, compiling stories about multiple landlords that have borrowed from Signature Bank. It’s also because over the past few months — since applying for a new branch opening last year — Signature Bank has finally taken some serious steps to address these concerns, such as having bank staff visit buildings that the bank has financed, and inviting tenants to speak with bank executives and board members. The bank even pledged to uphold best practices for lending based on standards and due diligence suggested by the Association for Neighborhood and Housing Development.

“I thought it was important to give an update on where we’re at, so [this comment letter] serves a really important purpose showing we’re at in important moment with the bank, they are at the table and we need them to be at the table,” Weisberg says. “But while we’re at a good place, we all have to remain vigilant. When things work well, we want to credit them for it, and when things don’t work well we’ll call them out on it.”

While Moon wishes the bank would be more responsive to her, she and her fellow tenants do have a relationship with their landlord’s bank that didn’t exist before. Moon and another tenant even got to share their story at the bank’s May 2018 shareholder meeting. She hopes to someday have a line of communication with federal banking regulators, too.

“It is my small hope that this can be known to examiners or whoever is going through their practices and their portfolio, to see what kind of impact that it brings,” Moon says.

EDITOR’S NOTE: We’ve corrected this article to clarify how Moon and other tenants have been able to speak with Signature Bank’s shareholders and executives.