Why Planners and Water Officials Need to Hang Out – Next City

Why Planners and Water Officials Need to Hang Out 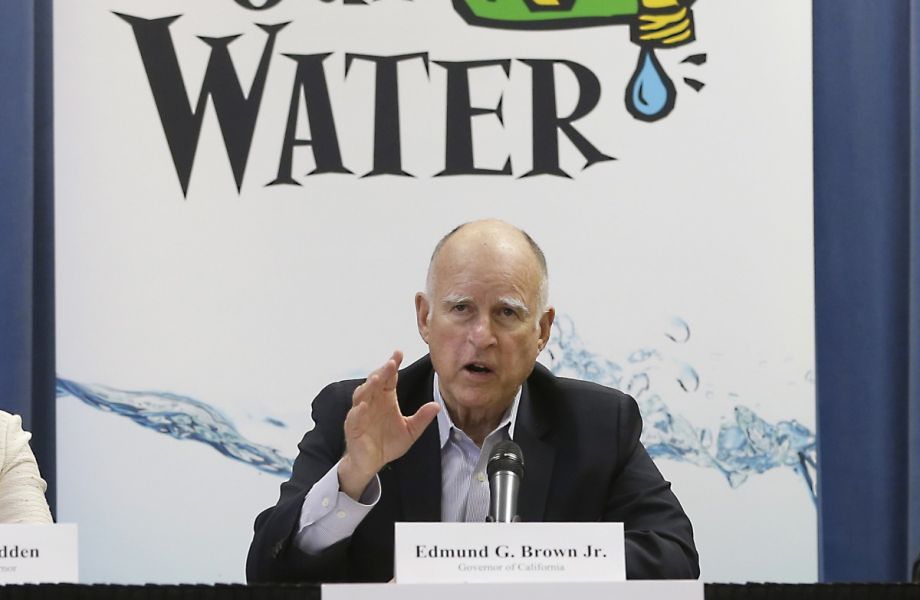 If you’re reading this, you probably already know the basic premise of smart growth: Compact, walkable cities are more efficient than sprawl. Most likely, you understand the Green Building 101 concept in terms of fossil fuels; it takes a lot of gasoline to get from points A to B across a large, low-density grid.

But according to Smart Growth America, sprawling cities don’t just waste energy — they waste water too. The culprits are myriad: Lawns for single-family homes; paved-over greenspace along an expanding border; parking lots that funnel stormwater into disposal drains, rather than allowing it to seep back into the ground; and a subterranean network of mains and pipes that becomes costlier (and therefore more likely to age, leak and go unrepaired) as its footprint grows.

SGA first made the connections in a 2002 paper called “Paving Our Way to Water Shortages” and though the report is old, the topic is more than a little timely. Earlier this month, Streetsblog picked up a post from Stockton City Limits, a California urbanist blog, examining how city layout affects water consumption.

“[T]he type of growth that’s been a hallmark of the Central Valley the past few decades leads to cities that consume far more water than is sustainable,” Jon Mendelson wrote in the original article, citing the 2002 SGA paper along with one from Western Resource Advocates.

Because the reports are dated (and the Southwest is quickly drying up), I asked both organizations what water/land use issues they’ve been working on since 2003.

Alex Dodds, a spokesperson for SGA, says that municipalities everywhere can still learn from that 12-year-old paper.

“Sprawl doesn’t cause drought nor does smart growth development solve drought, but cities really aren’t doing themselves any favors by building in this really water-intensive way,” she says.

Still, the organization has recently shifted focus to regions that can still build to mitigate. Its State Resilience program, launched last year, offers peer-to-peer insight into land use-based fortifications against a number of natural disasters, including drought.

“We’re helping states and municipalities build in ways that protect them — more compactly, preserving open space,” she says. “Obviously in California and other places that are being affected by drought it’s gotten to a crisis point. It’s sort of a tough time to say ‘We better plan better … 20 years ago.’ But California and the Southwest aren’t the only places that are going to be affected by drought.”

With offices in Arizona, Nevada, New Mexico, Utah and Colorado, Western Resource Advocates works in today’s dry spots. And since joining the organization in 2009, Drew Beckwith has been trying to cross-pollinate local water policy with land-use practices. In 2013, his efforts took the form of a workshop series called the Land Use Leadership Alliance, or LULA, which is part of a broader effort from Pace Law School. It reflected a simple concept: Gather the water people and the land use people under one roof.

“Traditionally water and land use planning have not been done together,” Beckwith says. “The challenge has been that people in the water world and people in the land use field don’t know each other or even speak the same language.”

And that can have serious consequences. For example, water agencies often project a city’s future consumption based on current gallon-per-household-per-month figures. But if planners are up-zoning a city for mixed-use, thereby cutting water demand, everyone ends up with inflated data.

Not all regions have fractured planning processes, he adds, pointing to Las Vegas (funny how many people in the planning world do that lately). Around 2000, the Southern Nevada Water Authority, which imports most of its water from the Colorado River, wanted to discourage lawn watering.

“They’re not a land use or planning authority, but they wanted to pass an ordinance that banned turf in front yards,” he says. “They went around and worked with every single local government body.”

Unfortunately, as both reports touch on, the regions hit hardest by water shortages also happen to be the regions that built cities for cars, garages, lawns and single-family homes. Beckwith says that most of the officials he works with understand the need for infill, now. Still, he recalls a saying that captures the region’s ambivalence about buildings that block the sky.

“There are two things that people love and hate about land use,” he says. “One is density and the other is density.”

As Dodds says, they’re in crisis mode now. Hopefully they can build to conserve before the wells really do run dry.