Apartheid by Another Name: How Zoning Regulations Perpetuate Segregation

Communities often weaponize zoning to keep the poor out of neighborhoods and suburbs with the best access to jobs or highest quality schools. 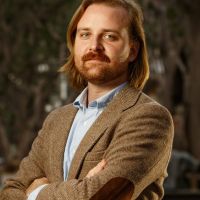 An “All Are Welcome” yard sign next to a yard sign opposing zoning liberalization in Austin, the irony apparently lost on the homeowner. (Photo by M. Nolan Gray)

EDITOR’S NOTE: The following is an adapted excerpt from the book, “Arbitrary Lines: How Zoning Broke the American City and How to Fix It,” by M. Nolan Gray, published by Island Press. In it, Gray argues that zoning abolition is a necessary — if not sufficient — condition for building more affordable, vibrant, equitable, and sustainable cities. In this excerpt, adapted from chapter 5, the author lays out the racist, classist and segregationist underpinnings of zoning regulations.

America remains a profoundly segregated place. Indeed, this segregation — both of the class and racial varieties — is written into law by local zoning codes. Since zoning first took root in the early 20th century, it has invariably been used to enforce and perpetuate a uniquely American form of apartheid, shrouded in a fog of planning jargon and obtuse codes. The same mechanisms that allow local governments to drive up local housing costs or prohibit affordable typologies give local governments the ability to decide who gets to live where, or if they are allowed in town at all. The victims have been the poor and marginalized, whom zoning has consistently shunted into neighborhoods and municipalities with the most environmental hazards and the worst public services.

While the courts clamped down on de jure racial zoning in 1917, court approval of economic zoning in 1926 would pave the way for de facto racial segregation, pursued through zoning regulations designed to enshrine class segregation. Southern cities were quick to bring in renowned zoning framers who could provide legal cover for the same old exclusionary zoning codes. Drawing on local anti-Chinese sentiments, West Coast zoning would pursue similar aims, while prejudice against Jews, the Irish, and everyone in between would help to underwrite zoning’s spread through the Northeast. When African Americans moved en masse to the West Coast and Northeast as part of the Great Migration, zoning codes in cities across the country were quick to adopt the lessons of southern segregationists.

Although uncouth references to race have been prudently papered over in contemporary codes, openly segregationist zoning codes remain in full legal force in most American cities. While historically associated with the South, exclusionary zoning can now be found in affluent neighborhoods across the country, including in self-styled progressive urban neighborhoods in places like Brooklyn or Austin. Through a witch’s brew of tight density restrictions, sweeping prohibitions on apartments, and high minimum lot sizes, among other zoning regulations, these neighborhoods and suburbs effectively preserve their economic exclusivity and high-quality services to the detriment of everyone else.

Combined with other planning initiatives, zoning largely succeeded in preserving segregation where it existed and instituting segregation where it didn’t. Indeed, one study finds that cities that adopted zoning between 1900 and 1930 exhibited significantly higher levels of racial and economic segregation in 1970, controlling for a host of potential confounding variables. Combine this segregation with unequal public service provision and the result is a system of zoning that methodically corrals the most vulnerable Americans into the worst neighborhoods.

The first racial zoning ordinance was adopted in Baltimore in 1910. The ordinance restricted African Americans from buying homes on majority White blocks, and vice versa, enforcing block-by-block segregation. In light of the surprisingly high level of residential integration already present in Baltimore—particularly in less affluent districts—the ordinance quickly proved to be unworkable, forcing regulators to switch to a standard of restricting African American buyers only on fully White blocks. A “Baptists and bootleggers” alliance of Progressive reformers and racist homeowners would spread Baltimore-style racial zoning across the South, including to major cities like Atlanta, Dallas, and Louisville.

The introduction of modern zoning in 1916, and subsequent promotion by the federal government, provided a new avenue for pursuing segregation. While explicit mentions of race would not be tolerated by the courts, zoning actively assumed economic segregation, which had clear racial implications.

Southern cities used zoning to perpetuate racial segregation in two general ways. White neighborhoods were downzoned, such that affordable housing could not be built. That is to say, homes couldn’t be subdivided into small apartment buildings, larger lots couldn’t be divided up into smaller lots, and new apartments were prohibited. Such neighborhoods were generally in the most favorable locations, free of environmental hazards and with access to quality public services. And affordable housing typologies, particularly apartments, were exclusively zoned in neighborhoods that were already poor and majority African American. These zones were regularly mapped in areas with significant environmental risks, adjacent to hazardous industrial districts, and with extremely poor public services, often altogether lacking sewerage.

The national spread of exclusionary zoning was backed in no small part by federal housing policy, which sought to perpetuate racial segregation. As legal scholar Richard Rothstein explains, the dominant role that the government played in housing markets beginning with the New Deal would serve to aggressively promote racial segregation. By setting federal underwriting standards, key agencies like the Federal Housing Administration (FHA) could dictate the behavior of local governments, developers, and prospective homeowners. This gave rise also to the phenomenon of redlining, discussed in detail in Rothstein’s “The Color of Law.”

If the use of zoning toward segregationist ends were merely historical, there would be no more of a case for scrapping zoning than there would be for scrapping road construction or public schools. The trouble is that zoning remains first and foremost a tool of racial and economic exclusion. So long as even a tiny minority of homeowners associate racial or economic homogeneity with high property values, or would prefer to keep exclusive access to jobs and high-quality public services to themselves, zoning will always function as a tool of segregation.

Through regulations like large minimum lot sizes, apartment bans, or restrictions on manufactured housing, communities often weaponize zoning to keep the poor out of those neighborhoods and suburbs with the best access to jobs or highest quality schools. Though the courts have taken a dim view of racial zoning, they have long tolerated economic zoning, beginning with Justice Sutherland’s characterization of apartments as “mere parasite[s]” in the case that deemed zoning constitutional.

Despite its southern origins, exclusionary zoning is now a nationwide phenomenon. Indeed, it’s now at its worst in self-styled progressive regions like the Northeast or the West Coast. Tellingly, political scientist Jessica Trounstine begins her sweeping book on the intersection of planning and segregation not with Birmingham or Atlanta but with Philadelphia’s New Jersey suburbs. In the aftermath of World War II, with new federal highways and generous federal housing subsidies on offer, affluent White homeowners in Camden decamped for once-rural Cherry Hill and quickly threw up zoning barriers to keep the poor from following. The result was a degree of inequality so shocking, with such dramatic variation in public service quality, that New Jersey courts were eventually forced to act. The result was the famous Mount Laurel doctrine, which requires each municipality to permit its fair share of housing.

A flyer from the 1916 St. Louis campaign to adopt racial zoning. While this variety of explicitly racist zoning was quickly struck down by the Supreme Court, St. Louis had no trouble finding new ways of using zoning as a tool for segregation. (Credit: Missouri History Museum via Wikimedia.org)

Between 1900 and 1940, a pivotal period for zoning adoption, racial and economic segregation increased by a startling 50 percent in US cities. Segregation would continue to worsen through the postwar suburban building boom up until 1970, by which point federal legislation and an active court finally began to crack down on racial segregation.

Zoning was hardly alone in perpetuating these trends, helped along as it was by prejudiced homeowners, restrictive racial covenants, and a raft of federal interventions designed to segregate American life. But thanks to additional analyses by Trounstine, we know that zoning played an important role. Consider the differences between early and late adopters of zoning. In 1900, cities that would go on to be enthusiastic early adopters of zoning had slightly less racial segregation than those that would hold out on zoning. But by 1970, cities that had adopted zoning before 1930 exhibited rates of segregation over 25 percent higher than cities that would adopt zoning later, even controlling for various potentially confounding factors.

Zoning reserves the best parts of every town for an elite few — not only the best housing, but also often the best school districts, the best public services, and the best access to jobs. And it shows up in the data, with basic quality of life metrics like life expectancy, lifetime earnings, and educational attainment varying dramatically from neighborhood to neighborhood and suburb to suburb. Zoning systematically locks our most vulnerable populations out of those neighborhoods and suburbs where they would be best positioned to find opportunity, both for themselves and for their children. If we are serious about tackling inequality, we must critically reevaluate the way we regulate land.

Adapted from “Arbitrary Lines: How Zoning Broke the American City and How to Fix It,” by M. Nolan Gray. Copyright © 2022 M. Nolan Gray. Reproduced by permission of Island Press, Washington, D.C.

M. Nolan Gray is a professional city planner and an expert in urban land-use regulation. He is currently completing a Ph.D. in urban planning at the University of California, Los Angeles. Gray previously worked on the front lines of zoning as a planner in New York City. He now serves as an Affiliated Scholar with the Mercatus Center at George Mason University, where he advises state and local policymakers on land-use policy. Gray is a contributor to Market Urbanism and a widely published author, with work appearing in outlets such as The Atlantic, Bloomberg Citylab, and The Guardian. He lives in Los Angeles, California and is originally from Lexington, Kentucky.

Housing in Brief: Federal Housing Spending Might Be Cut From Biden’s $3.5 Trillion Budget