VIDEO: Tod Williams + Billie Tsien on Making a Home in the Last Bastion of Bohemianism – Next City

VIDEO: Tod Williams + Billie Tsien on Making a Home in the Last Bastion of Bohemianism 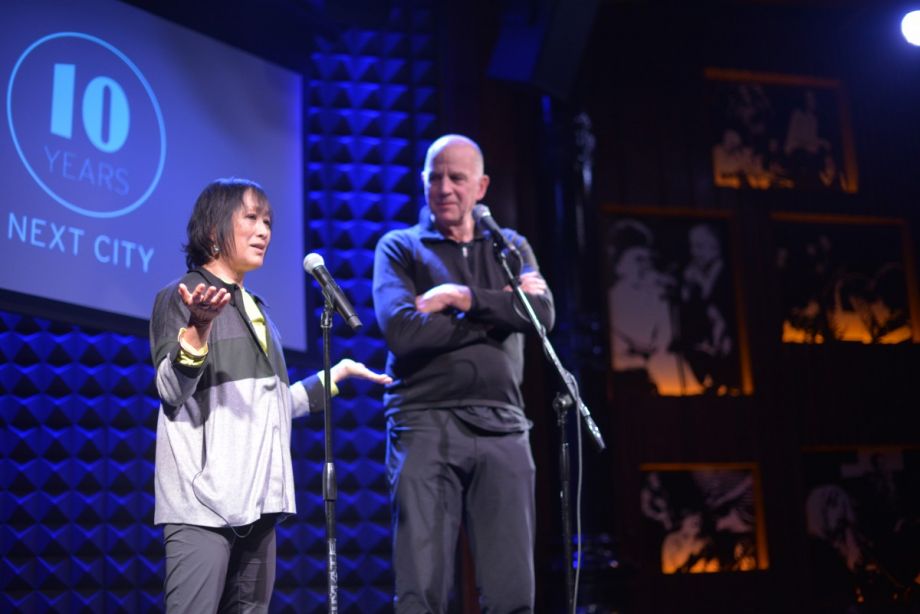 Credit: Made in Brownsville

Tod Williams and Billie Tsien were two of these seven storytellers. The couple founded Tod Williams Billie Tsien Architects in 1986. Their studio, located in New York City, focuses on work for institutions — museums, schools and non-profits; organizations that value issues of aspiration and meaning, timelessness and beauty. Their compelling body of work includes the American Folk Art Museum, the David Rubenstein Atrium at New York’s Lincoln Center and the Barnes Foundation in Philadelphia. Parallel to their practice, Williams and Tsien maintain active teaching careers and lecture worldwide.

Until a few years ago, home for Williams and Tsien was Carnegie Hall and its community of celebrity photographers, flamenco dancers, playwrights, painters, bow makers, actors and musicians. For more than a century, the high-ceilinged, light-filled studios atop Carnegie Hall housed the most significant 20th century artists and performers, amongst them Marlon Brando, Marilyn Monroe, Isadora Duncan, Barnett Newman, George Balanchine and Norman Mailer.

In the summer, they’d escape the heat of the air-conditionless apartment and sleep on the roof. From a catwalk above the stage of Carnegie Hall, Tsien and her son Kai saw Raffi and Tracy Chapman. But in 2007, the Carnegie Hall Corporation announced plans to evict the 33 remaining studio residents (some residing in the building since the 1950s), closing the door on what Tsien describes as “one of the last bastions of bohemianism.” Hear more anecdotes from Williams and Tsien’s thirty plus years in Carnegie Hall in the video below.

We’ve got a couple more videos of our storytellers, so stay tuned! In case you missed our previous posts, watch Dekonti Mends-Cole on the power of memory and Toby Barlow on what made him fall in love with the Motor City.