How Uber Can Extend an Olive Branch to Cities – Next City

How Uber Can Extend an Olive Branch to Cities 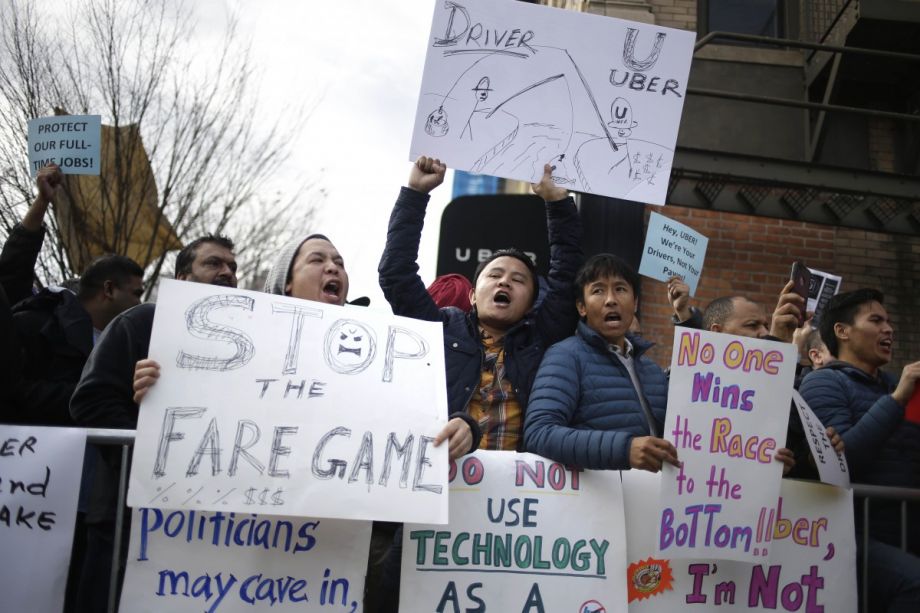 In recent months, there have been a flurry of reports that ride-hailing apps Uber and Lyft are looking to partner with public transportation agencies to provide everything from transit for those with disabilities to helping commuters connect to transit stations that aren’t walkable from home. Last week, an op-ed from the head of the Shared-Use Mobility Center urged cities to accept these overtures, arguing that ride-hail services are complements to, not competitors with, public transit. But the jury is still out on how these private companies’ services actually impact public transit. The limited data we have is often contradictory, and likely differs across (and even within) cities. Meanwhile, forward-thinking cities are making strides in providing safe, affordable and equitable access to transportation in other innovative ways. If on-demand app companies want to be part of this progress, they will need to come to the table in true partnership — and they can start by sharing data in a complete and transparent way with cities and the public.

While it is likely that Uber and Lyft’s impact on public transit varies by city, there is evidence that ride-hail apps may be attracting some passengers away from public transit. A UC Berkeley study found that 1 in 3 app-hail passengers in San Francisco said they would have taken public transit if the app-hail ride had not been available for their most recent trip, while only 6 percent would have driven a private vehicle. Moreover, researchers found nothing that suggested the availability of app-hailing reduced users’ car ownership. Now consider that a year ago Uber’s CEO said the company’s business in San Francisco was three times that of the traditional taxi industry, and that Uber has also grown the private transportation market in other cities as well. If Uber is attracting passengers that were not using taxis before, the Berkeley study suggests that many of these passengers may be coming from public transit.

Even the American Public Transportation Association’s recent study, which advocates for openness to these public-private partnerships, found that only 15 percent of those surveyed reported greater public transit use after beginning to use app-hail and car-share services. This means that for the remaining 85 percent of respondents, using these services does not appear to facilitate additional transit use. The survey did not report how many people actually use transit less after beginning to use app-hail and car-share services. Nor do we have research on whether there is any distinction between the value added by app-hailing services versus traditional taxi services, especially now that there are taxi apps in many cities.

What we do know is that, cities around the country are taking strides toward immediate and clear improvements in transportation access and equity. In Seattle, a community coalition co-led by Puget Sound Sage has won a new low-income fare across all transit agencies — a huge win for transit access in the region. The Riders Alliance in NYC has recently proposed a similar policy. Seattle advocates have also won funding for a new light-rail station in the Rainier Valley, home to Seattle’s most racially and economically diverse neighborhoods. In Boston, Community Labor United brought together transit unions and riders to secure $2.5 billion in new state funds over five years, win two voting seats for riders on each transit authority, and roll back huge fare increases on MBTA’s paratransit service.

A central reason that we do not have more definitive analysis about how app-hailing and transit interact is that the industry has failed to act transparently. Despite having huge troves of data that could be extremely valuable in city planning, Uber and Lyft have refused to share that data with the public and our city governments, or shared it selectively. Additionally, Uber maintains that it is not actually a transportation company, and is instead just a technology platform that should be not be held to the same standard to which we hold other parts of our transit system. Meanwhile, services like LyftLine and UberPool mimic — and arguably compete with — public transit services.

Cities are responsible for developing policy and public services that serve residents’ needs holistically and equitably. If app-hail companies want to be trusted partners in that endeavor, we need to understand how their services are impacting our public transit systems broadly and for underserved communities specifically. Just as important, we need to know whether these firms are willing to take on the responsibilities of being part of a safe, affordable and equitable transit ecosystem. A good, and essential, first step would be sharing data in a transparent way with cities and the public.