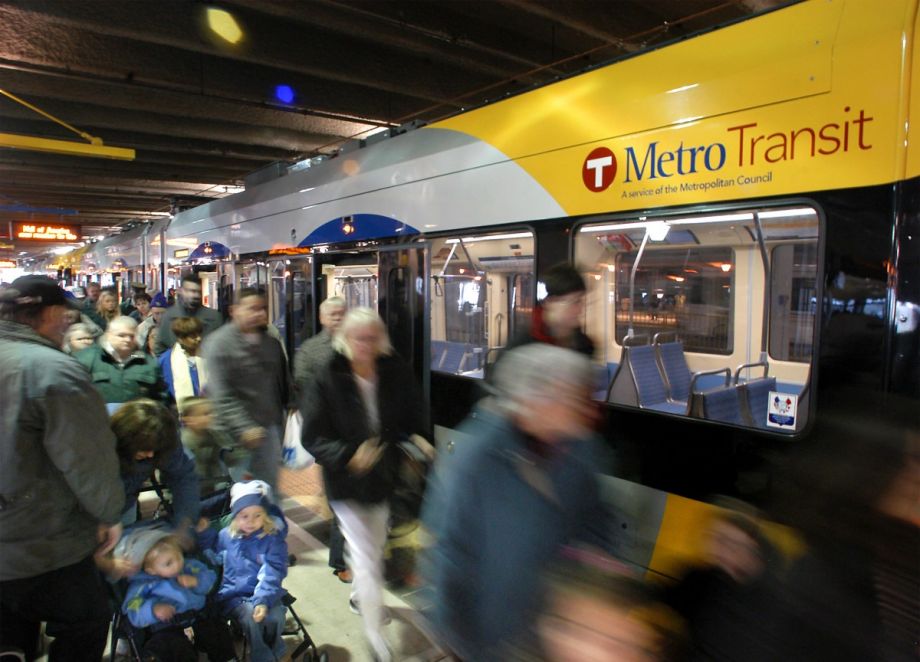 Commute times for people of color in the Twin Cities are, on average, much longer than for white commuters.

A new study found that in Minneapolis and St. Paul, African-American, Latino and Asian commuters were at least three times more likely to take public transit to work than whites, and TV news outlet KARE11 reports that:

Researchers studied the transit time penalty for different ethnic groups in the Twin Cities, in other words how much time they lost in transit compared to making the same commutes in private vehicles. For African-Americans and Asian-Americans, it added up to three and a half weeks per year. For Latinos the time penalty was 4.5 weeks.

(From “It’s About Time: The Transit Time Penalty and Its Racial Implications”)

“… if you’re an African-American, you’re losing the equivalent of a month’s worth of your life commuting on a bus versus if you were able to take a car. If you’re a Latino it’s close to five weeks,” Anthony Newby of Neighborhoods Organizing for Change explained.

The impact of a lengthy commute goes far beyond stress or inconvenience. As a New York Times article about an ongoing Harvard study recently noted, “commuting time has emerged as the single strongest factor in the odds of escaping poverty. The longer an average commute in a given county, the worse the chances of low-income families there moving up the ladder.”

One of the problems the Twin Cities study found is that funding for public transit has been stagnant for years, while ridership increased 14 percent. According to the study:

The transportation funding plan proposed in the House Republican transportation omnibus bill relies on shifting about $1 billion of revenues from the general fund over the next four years to fund road and bridge construction. In the meantime, the House plan would result in a 25 percent cut in transit service — resulting in longer waits, more delays, longer travel times, lost service, and more crowded buses and trains. Decreased service will lead riders to look for more reliable means of transportation; with fewer riders, fare revenues will decline. This vicious cycle will result in longer waits and travel times, more delays, and fewer useful routes. These draconian cuts could endanger federal funding for future projects important to the Twin Cities region and result in legal violations under Title VI of the Civil Rights Act.

Minneapolis and St. Paul are not alone in their transit-funding woes. In New York City, which already boasts the nation’s longest commute times, the trip to work is much worse for low-wage workers.

“We’ve heard so much about the achievement gap in education in our community. There is a transportation achievement gap!” Minneapolis Rep. Frank Hornstein, the ranking Democrat on the House Transportation Committee, said at a press event on Tuesday. “We cannot achieve a quality of life for too many people in our community because of this transit disparity that exists.”