New Yorkers Have The Longest Commute, Low-Wage Workers Have It Worst – Next City 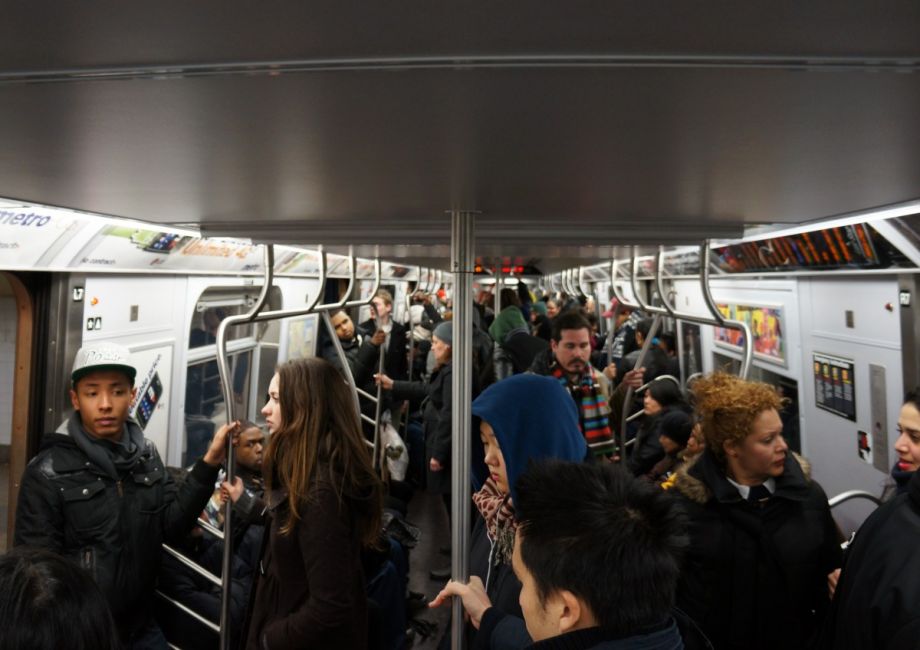 The New York City Comptroller announced Tuesday that New Yorkers have the longest commute among America’s 30 largest cities, and low-wage workers have it hardest.

“New York is America’s hardest working city, but it’s a one-two punch for lower wage workers, who get paid less and travel longer to get to work,” Comptroller Scott M. Stringer said. “This means employees in the Big Apple get paid less than it appears on an hourly basis, because their commutes are significantly greater than anyone else in the country. New Yorkers are dedicated, ambitious and tough, but to compete in the 21st century we need to expand our transit networks and advance policies like flexible work arrangements and predictable scheduling.”

The study was based on U.S. Census data from 1990 and 2000 and the 2013 American Community Survey. It said that on average New Yorkers work more than 49 hours per week, which includes an average of 6 hours commuting.

“If New York City is going to symbolize the American Dream, we can’t be a nightmare when it comes to long work hours and commuting. Our residents deserve better,” Stringer said. “We need to give New Yorkers a 21st century transit system and better utilize women’s skills so that they don’t have to choose between work and family.”

In 2014, the Regional Plan Association created an interactive Access to Jobs map layering jobs and transportation options in the region so people could better understand commuting dynamics and its relationship to economic opportunities.