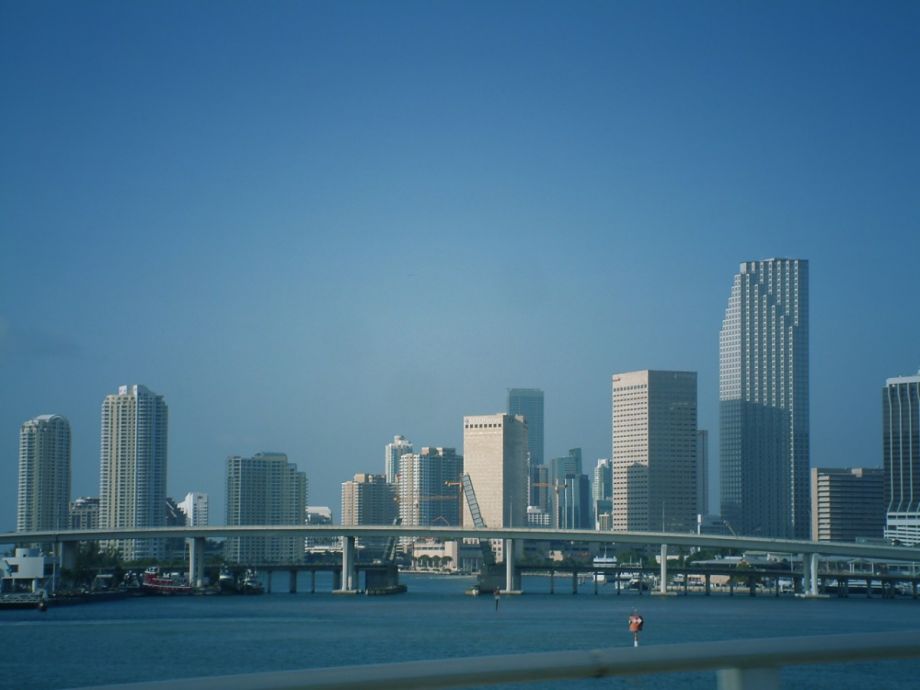 The sky-borne gondolas would link Miami to Miami Beach, Miami Today News reports. A group calling itself the Miami Aerial Transit Partners proposed the idea at a transit summit in late January. From the paper:

The team’s idea is a public-private partnership … that they say would cost at most $350 million and be up in three years with a leg from downtown to Watson Island, with the second phase soon to follow.

One hundred gondolas would glide overhead, one arriving every 30 seconds at each station so there’d be no wait.

The theory is that tourists would flock to gondolas, as they do in New York and elsewhere, but extending the line to Miami Beach would lure commuters too. Promoters envision fares equal to county transit passes for regulars but $12.50 to $15 per ride for one-time riders.

Obviously, the idea is still in the dream stage — and in the states, aerial cable cars have a difficult time lifting off. There’s Cleveland’s “ski lift on steroids” that has failed to materialize after years of private backing, and New York’s East River Skyway, which may be closer to reality than it was in 2014, but still hasn’t taken to the skies.

The team pointed to one U.S. success story — the Roosevelt Island Tramway in New York. Meanwhile, an airborne transit system in La Paz, Bolivia, carries about 40 million people each year.

The Miami plan “would provide long-sought transit from Miami to Miami Beach at half or less the cost of any transit mode except Bus Rapid Transit, which is cost effective but would eat up already crowded causeway lanes,” the newspaper points out. It could also attract investors, and a brochure about the project states that “revenue from commuter fares, tourism riders and real estate development at the stations will be substantial and will repay the initial capital investment and annual [operating and maintenance] costs, and return a profit.”

That pitch could appeal to County Mayor Carlos Gimenez, who is strongly Team BRT due to the mode’s lighter bottom line. He’s also concerned about federal funding for public transit projects under the Trump administration — which could make a public-private partnership all the more attractive.

Still, the funding hasn’t been secured, and money is only one piece of the infrastructure puzzle. Because the system would travel over water, it could encounter a mound of environmental and permitting red tape.

For now, it’s an interesting twist, and evidence that the region desperately needs to move on transit — whether that move takes place on the ground or in the skies.