Cleveland Cable Car May Not Pass Dream Stage – Next City 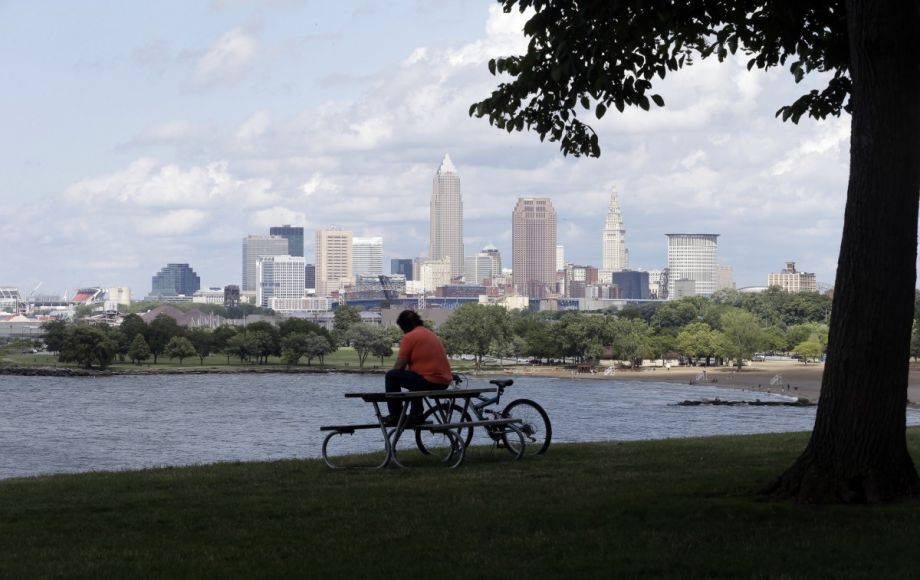 For four years, businessman Jon Stahl has been pushing a “ski-lift on steroids” for Cleveland’s waterfront. In everyday language, the contraption (formally called the Cleveland SkyLift) is an aerial cable car system that would link sites east and west of the Cuyahoga River. But last week, the local startup founder — who’s already sunk $300,000 of his own money into the proposed project (and purchased a prototype) — said that he may be at an impasse.

The main issue, according to The Plain Dealer, is that Stahl needs to raise $700,000 to complete a feasibility analysis, and for that he needs the support of Cleveland Mayor Frank Jackson.

While one city planning director has said he’d like to keep meeting with Stahl, City Hall is noncommittal.

“I need to prove or disprove my theories,” Stahl told the paper, “and that takes a lot more money.”

Waterfront development is an ongoing priority of the mayor’s, and the city’s lakefront is notoriously confusing, with the street grid mostly cut off from the water by railroads, the Port of Cleveland and the Rock & Roll Hall of Fame.

“Cleveland has been trying to get lakefront access for decades, and rightly so,” a statement on the Cleveland SkyLift website reads. “Our lakefront is an asset, but it’s a huge hassle to get to and it’s difficult to get around once you’re there.”

“Stahl’s idea clearly has the virtue of showing exactly how cut up and confusing the city’s lakefront actually is,” according to the Plain Dealer, which also acknowledges that it would be easy to dismiss the SkyLift as “impractical, gimmicky and out of synch with a city that’s working hard to create trail links and parks on the ground along its waterfronts.”

According to the SkyLift website, though, the aerial nature of the project is a good compliment to the waterfront’s current layout.

“Rather than incur the massive geotechnical and structural costs that accompany the construction of most forms of transportation (rail, subway, etc.), SkyLift works with the current landscape,” the site states. “Further, the lift stations and pylons/towers take up a limited footprint, and very few physical changes to the site locations are needed.”

Stahl may wait to see if Mayor Jackson is re-elected in November before deciding whether to scrap the project.