This Inland Empire Community Says Enough with the Warehouses – Next City

This Inland Empire Community Says Enough with the Warehouses 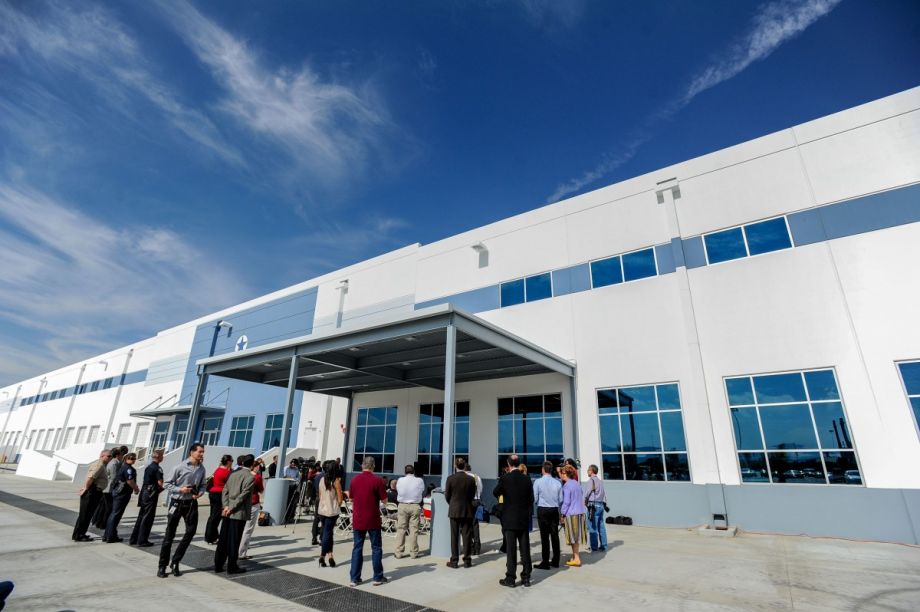 Nearly 10 years ago, Carmen and Enrique Jaime decided to pick up from their Los Angeles County home and move 50 miles east to Bloomington, an unincorporated area in California’s Inland Empire that offered spacious homes, panoramic views of the mountains, and enough tranquility to spend their retiring years.

“We were attracted to the everyday life (of Bloomington) … large terrains and access to the mountains,” says Enrique Jaime, 74. “The tranquility here is not something you find in other places.”

Now, that ideal life is under threat.

The San Bernardino County Board of Supervisors on Aug. 21 will vote on a plan that would rezone 17 acres of land from residential to industrial in order to make way for a 344,000 square-foot warehouse. It would be about half a mile away from the Jaimes and their neighbors. The county planning commission, in a unanimous vote, already approved the project in June.

The proposed facility is described as a “high cube” warehouse, which means it would have a ceiling height of 24 feet or more and would be primarily used to store goods prior to distribution to retail locations or other warehouses. It would be built near Bloomington High School.

It’s not the only such facility in Bloomington. Last May, county supervisors approved a nearly 680,000-square foot warehouse not far from an elementary school.

“What are we going to leave our kids? A house surrounded by warehouses?” Jaime adds. “This is affecting our children, too.”

Bloomington has been referred to as a type of place where residents ride their horses. About 24,000 people call this area home and roughly 84 percent of residents are Latino, according to 2017 estimates from the U.S. Census Bureau. The median household income between 2012 and 2016 was about $49,200, according to census bureau estimates.

Residents in Bloomington worry this project would bring additional pollution, traffic, and noise. But county officials see this project as a profit-making source for the local economy.

Nearly 300 jobs are expected to be created by this facility, according to a county report. County officials say this project will generate additional tax revenues, including an estimated $5.9 million in property tax by 2029. Additionally, county officials say the developer, would annually contribute $30,000 toward road maintenance and other enhancements for the Bloomington community.

As an unincorporated area, Bloomington has no Mayor, city council, or planning commission of its own to whom residents can plead their case. Unincorporated areas can make for some interesting political situations, like those in East Los Angeles.

To Jaime, it’s hard to separate this issue from race. He’s seen residents with respiratory issues in tears, urging county officials to ban this project that they fear would affect their health due to the pollution the additional trailers would bring to their community. But despite being the largest county by land area in the lower-48 states, San Bernardino’s Board of Supervisors has only five members, and only one is Latinx. (There is also one Native American currently elected to the board, the first ever.) The Latinx member, Supervisor Josie Gonzales, voted to approve the other 680,000-square-foot warehouse, although two of her fellow supervisors opposed it.

“Because we are Latino, they think we don’t have any rights,” Jaime says. “They want to build warehouses because they want to make money.”

The Center for Community Action and Environmental Justice began advocating against the 344,000 square-foot warehouse about two years ago when residents went to the organization for help.

“We decided that it was of high importance for us to push against this project and hopefully begin to set a tone for local elected officials as well as developers, so they don’t think that coming into communities of the Inland Empire would be easy when it came to develop projects of this magnitude,” says Ericka Flores, an organizer with the Center of Community Action and Environmental Justice.

Flores says this kind of warehouse would only add to the “disastrous air quality that we already have in the Inland Empire.”

San Bernardino and Riverside counties, parts of which make up the Inland Empire, ranked as the top two of 25 counties most ozone-polluted counties where people are at risk, according to the American Lung Association State of the Air 2018 report. Often synonymous with “smog,” ozone is harmful to breathe because it aggressively attacks lung tissue, the American Lung Association says. Children, elders, and people with asthma are most at risk.

“Residents are fully aware, educated, and informed [of] the health impacts,” Flores says.

County officials in their report said the projected daily and yearly emissions generated by the land use change will meet regional air quality requirements.

Flores says organizers are not anti-development or are trying to ban warehouses, which are part of a growing e-commerce economy.

“The issue with this is the irresponsible placement of these industrial facilities so close to homes, schools, and community hubs,” she says. “If this warehouse were to be somewhere else … away from community, we would not be as tormented and appalled by this.”